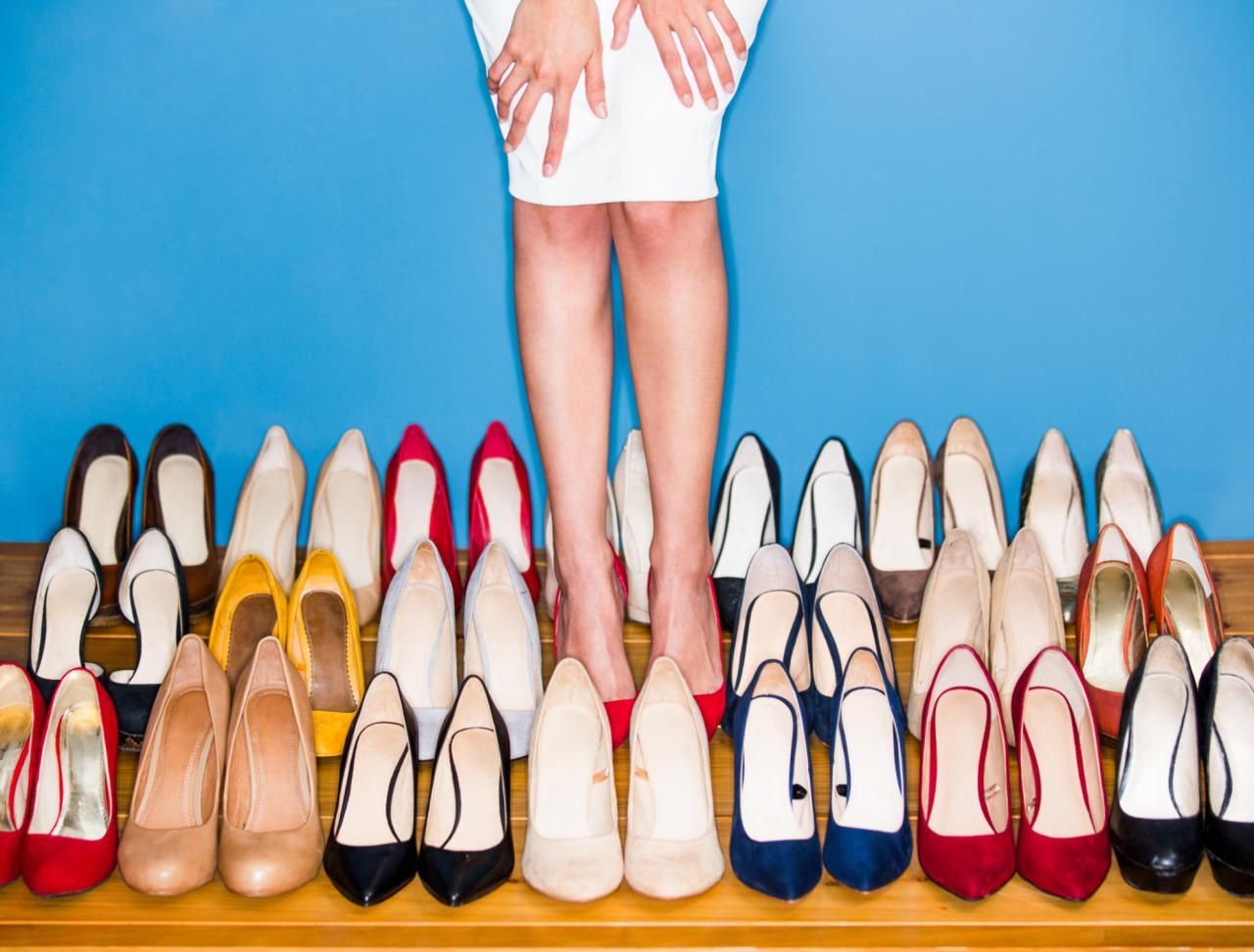 There was a time, in a life long, long ago, when my view of shoes was purely functional. I mostly had black ones, with no interest in wasteful spending on frivolity. What doesn’t go with black? Sandles, flats, pumps, all black, I kept it simple. Then I started to work for extended periods in Italy and after a few months, my colleagues here agreed with me that yes, California girls don’t do the whole shoe, purse, put together ensemble bit at the level that Italian women do so effortlessly. Oh really? Game on! And that is how I met two of my great loves Jimmy (Choo) and Christian (Louboutin) and found just what kind of confidence a great pair of stilettos can provide, even when all else is going to hell.

I pondered this phenomenon of stiletto-induced confidence in the face of a perilous Italian cobblestone street or a sleep-deprived workweek over my morning cup of coffee as I reviewed this week’s Michigan Consumer Confidence report and its impact on spending.

With roughly 70 percent of GDP attributed to consumer spending, expectations for more robust growth rely on expectations of increased spending. The catch is that spending is simply a function of income and credit, not confidence. If you want to spend more, you must either earn more or borrow more – pretty simple.

Earlier this week Consumer Confidence for March blew away expectations, with the index reaching 125.6, its highest level since December 2000, versus expectations for 114. Confidence levels have now surpassed those seen in the last expansion period which ended in the financial crisis. 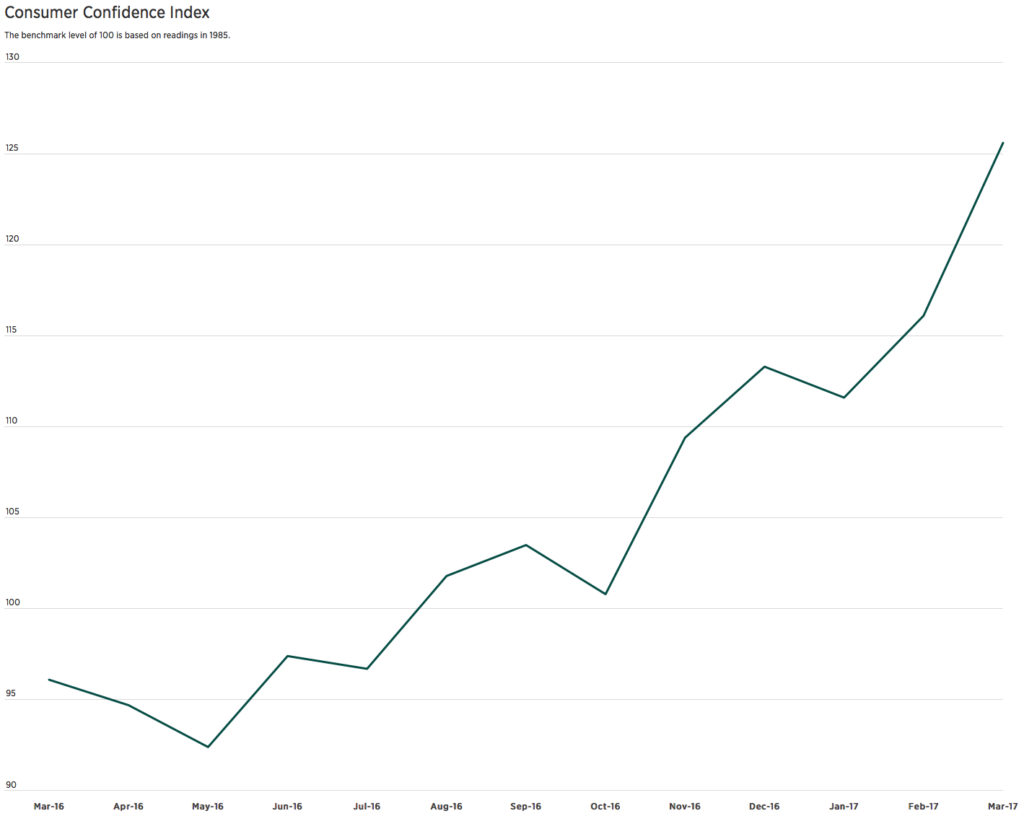 Interestingly we are seeing the difference in the confidence levels by income grow increasingly wider, with those at higher income levels rising much faster and higher than those at lower income levels. Confidence is typically higher the higher one’s income level, but the spread has been growing.

Income expectations have also been rising rapidly and are reaching levels last seen during the peak of the prior expansion, which has those in mainstream financial media giddy over spending expectations. Those of us at Tematica find this fascinating given the actual trends in income over the past two years. The following chart shows the year-over-year change in real person income, seasonally adjusted, as reported by the BEA (Bureau of Economic Analysis) which defines such as,

Personal income is the income received by, or on behalf of, all persons from all sources: from participation as laborers in production, from owning a home or business, from the ownership of financial assets, and from government and business in the form of transfers. It includes income from domestic sources as well as the rest of world. It does not include realized or unrealized capital gains or losses.

While confidence in income gains is rising, income growth has been slowing for years. As of December 2016, personal income was growing at less than half the rate it had been growing two years earlier in December 2014. This Friday we’ll get the latest numbers and will be quite keen to see if this trend has continued.

Recall that a few weeks ago we pointed out that

So the income story is not one that is improving, but how about credit?

Credit card standards? Tightening. Our Cash-Strapped Consumer is going to have a tougher time putting anything more than those Affordable Luxuries on plastic.

Ok, forget credit cards and auto loans, what about everything else? Tightening.

How about banks’ willingness to extend credit? Argh, not looking so rosy either.

This isn’t exactly bullish for financials, and we’ve seen the Financial Select Sector SPDR ETF (XLF) go from being one of the stronger sector performers to sitting in the bottom three recently. On the other hand, a slowing economy is bullish for the iShares 20+ Year Treasury Bond ETF (TLT), which was hit when post-election inflation expectations spiked.

With income growth slowing, work-weeks shrinking and credit tightening, yours truly is rather skeptical that we will see this boom in spending, no matter how confident consumers may be feeling, even if I’ve got my mojo overflowing thanks to a pair of strappy Jimmy’s.