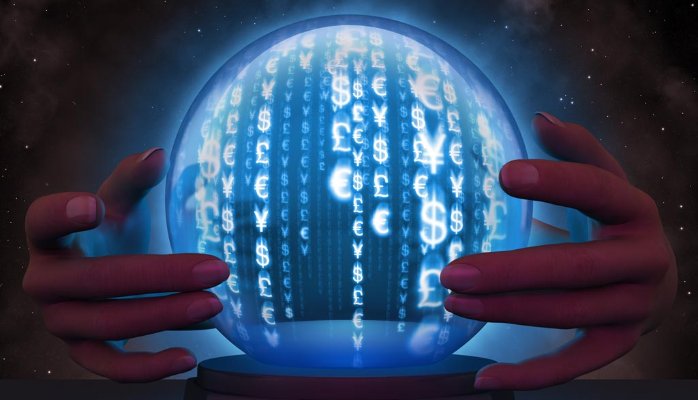 You’ve probably already learned that on Wednesday the Federal Reserve Open Market Committee increased its Fed Funds rate to 0.75 – 1.0 percent. The markets were concerned that we would hear a much more hawkish tone from the Fed, which would have implied a possibly faster pace of rate hikes. Chair Janet Yellen’s prepared speech coupled with the Dot Plot, (that marks the interest rate expectations of participants over time) assuaged those fears as the median rate projections over the next few years remained largely unchanged, with two more expected in 2017.

The markets interpreted this release as more dovish than expected, which likely has thrown the Fed for a bit of a loop and makes further tightening more likely. There is just no way they wanted to see stocks get even more over-priced after hiking this week.

Watching her talk and then listening to some of the financial media’s usual suspects I found myself unsuccessfully trying to stifle rants at the television. Luckily I stopped short of hurling my Apple TV remote at the big screen.

In her remarks, Yellen referred to the employment participation rate and how it will continue to naturally be below historical norms due to the evolving demographics in the U.S. She is correct to some degree, as this year the first baby boomers are turning 70 years old with around 1.5 million joining them every year for the next 15 years – fair enough Janet and thanks for validating our Aging of the Population investing theme. She is also correct in that there has been a profound decline in the rate of growth of the working-age population. For the native population, this is a function of two things. First, the percentage of the population in the child bearing and raising years is lower today than it was when the baby boomers were in this phase of life. Second, people — some of which fit our Cash-strapped Consumer investing theme — simply have fewer children. The growth rate of the work age population peaked in the late 1990s early 2000s and has been steadily declining ever since.

That, however, doesn’t explain why the percent of the working-age population, (those aged 25 – 54 years) employed remains well below where it has been for decades and is today back where it was in the early-1990s. In fact, the percent of this group that is actually in the workforce remains below the levels we saw from those early 1990s through to the middle of the financial crisis when it plummeted to levels not seen since the mid-1980s. While Chair Yellen is correct to some degree, her statement was misleading. Plenty of people who would have been working in decades past are choosing to opt-out. This is something that needs to be looked at as it is a material headwind to growth, and could mean greater costs our society has to bear in the coming years.

Also, while the Fed’s mantra for years has been, “We are data dependent,” neither she nor many of her colleagues appear to be all that interested in today’s data. In her opening statement at yesterday’s press conference, she asserted that, “Waiting too long to scale back some accommodation could potentially require us to raise rates rapidly sometime down the road, which in turn could risk disrupting financial markets and pushing the economy into recession.”

Some of her colleagues appear to have already upgraded their forecasts in anticipation of a successful implementation of fiscal policy changes by the new administration. That is pretty far from being data dependent – that’s more crystal ball economics.

So how about looking at some of that real data?

Over the past 13 weeks, commercial and industrial loans have contracted at an annual rate of 1.5 percent. The last time we saw this level of decline was in October of 2010 when the Fed decided to launch multiple rounds of quantitative easing. This time they are in the midst of a rate hike cycle.

Residential real estate credit is experiencing the same decline, falling at a nearly 2 percent annual rate on a 13-week rolling basis. We haven’t seen this kind of a slide since December 2014. Overall the growth in consumer lending has been nearly cut in half since the start of 2017, with the biggest drop in auto loans and credit cards.

Looking at those auto loans, annualized losses on subprime loans in January were 9.1 percent, up from 8.5 percent in December and 7.9 percent in January 2016. January’s rate is the worst we’ve seen since January 2010 and is driven in part because lenders are getting lower prices than expected on their repossessed cars after a flood of used cars has hit the market thanks to generous lease terms offered by manufacturers. This trend is unlikely to change given that in January 5.09 percent of subprime car loans were at least 60 days delinquent versus 4.66 in January 2016.

As always, we like to look for confirming data points on slowing lending and voila, the M2 money velocity is down 3% from its pace in March of 2016. This number declines as there is more saving than spending.

But there is so much optimism in the soft data!

Well, I’m optimistic about the shape of my abs come June, but frankly, there is a bit of work to be done between now and then before I’m getting anywhere near a bikini. Optimism doesn’t replace the gym and lots of sweat.

The National Federation of Independent Business Small Business Optimism Index dropped slightly in February to 105.3 from 105.9 in January, which is the first decline since September and a three-month low, but on its face nothing particularly worrisome. However, hiring plans dropped to the lowest rate since November at 15 percent versus 18 percent previously. Capex also took a hit, falling to 26 percent in February after falling to 27 percent in January from 29 percent in December. Yes, but that economy is just getting ready to take off…

Hold on there partner, because the number of net companies expecting stronger sales dropped to 26 percent in February from 29 percent in January from 31 percent in December – quite the pattern here.

Earlier this week we learned from the Bureau of Labor Statistics that weekly wages declined over the past year and wouldn’t you know it, the NFIB’s index on plans to boost labor compensation follow this same trend, falling to 17 percent in February from 18 percent in January and 20 percent in December.

Speaking of jobs, one of the market mantras for future growth is how the new administration’s plans around trade will boost American jobs. Hmmm, the economy is going to get rockin’ and rolling because all these great new jobs will appear. But today, the share of small businesses reporting that the quality of labor is one of their biggest problems sits at 17 percent, the highest level since November 2001 and up from 15 percent in January and 12 percent in December.  Yesterday’s Job Openings and Labor Turnover Survey revealed that job openings remain unchanged at 5.6 million with hires and separations also relatively unchanged. Recall that we’ve seen one of the widest divergences between job openings and hirings in history, which shows that there are jobs, but companies can’t find the right person. Talk about a rather confirming data point for our Tooling & Retooling investing theme.

Obviously having more jobs that pay well and help continually develop skills in the nation is a beautiful thing, but today companies are already having a tough time filling the positions they have available, which is a drag on the economy. It isn’t obvious how using trade policy to create a whole bunch of new positions to fill without doing something to help develop or find the right talent to fill those positions will be a boon for the economy.

What about all this impending inflation? The NFIB’s share of companies reporting inflation as their top concern is now tied at a record low 1 percent, down from 2 percent in January and December which was down from 3 percent in November. Yet if you watch the financial news media, it is as if rising inflation is an absolute given.

Wait a rootin’ tootin’ minute  High Priestess of Global Macro, that headline Producer Price Index (PPI) came in well above market expectation for 0.1 percent, rising 0.3 percent month over month with the year over year pace at 2.2 percent versus expectations for 1.9 percent. Gotcha!

Fair enough, but as always, let’s look a little deeper. Whenever we look at a percentage increase, it is important to look at the base we are coming off of relative to history. The second half of 2015 saw PPI energy plummet, hitting a low in February 2016. PPI energy is up nearly 20 percent year over year which added a full percentage point to the headline PPI inflation rate. Energy isn’t the only commodity that bottomed out last February while their rebound rates have been slowing recently, so their impact is declining.

Clearly, a lot to ponder as we assess the true vector and velocity of the economy. Given that it’s St. Patrick’s Day tomorrow, this Irish high priestess will do that pondering over a lovely pint of Guinness.