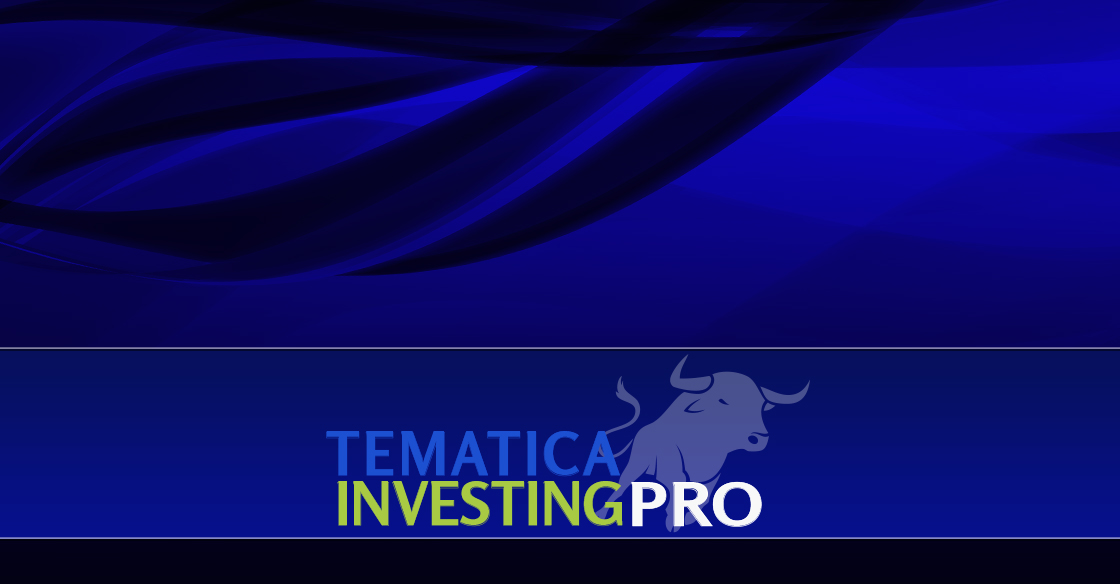 Keeping in tune with our decision not to add any new positions to the Tematica Investing Select List yesterday given the smorgasbord of earnings to drop over the next several days, as well as the looming and more than likely contentious 2016 presidential election, we are holding steady this week with the Tematica Pro Select List  and not making any moves this week. The reason is the sharp pick up in fear  tied to the renewed falloff in oil prices and renewed uncertainty over the 2016 presidential election that has hit the market and kicked up volatility over the last several days. 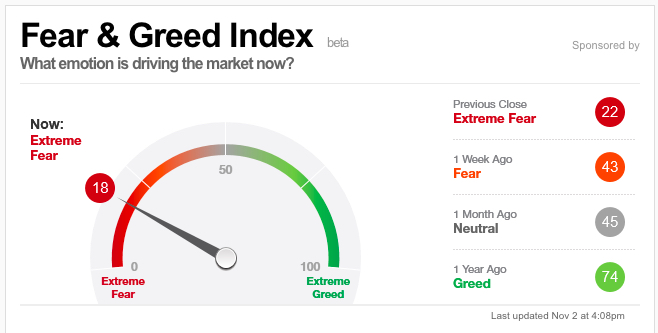 Week over week, the S&P 500 has fallen nearly 2 percent since last week’s issueof Tematica Pro and that has been very good for our all of our inverse ETF positions, but even more so for our ProShares Short S&P500 (SH) November 2016 $40 calls.

Unfortunately, it also resulted in our being stopped out of our:

We can use these losses to offset the string of recent gains in our United Parcel Service (UPS), AMN Healthcare (AMN), Utilities Sector SPDR ETF (XLU) andAmazon (AMZN) calls for 2016 tax planning purposes.

With a handful of days to go until the 2016 presidential contest is over (hopefully), we’ll bide our time and look for new call option candidates, like those for Amazon, that offer compelling upside over the next several weeks.

Listen to What the Fed Said

As expected, the Federal Reserve left interest rates unchanged exiting yesterday’s Federal Open Market Committee, but the language in the Fed’s statement helps pave the way for the increasingly expected December rate hike. At least this helps reduce some of the uncertainty that has been in and around the stock market of late.

Parsing through the Fed’s statement we find:

“Information received since the Federal Open Market Committee met in September indicates that the labor market has continued to strengthen and growth of economic activity has picked up from the modest pace seen in the first half of this year. Although the unemployment rate is little changed in recent months, job gains have been solid.”

“The Committee expects that, with gradual adjustments in the stance of monetary policy, economic activity will expand at a moderate pace and labor market conditions will strengthen somewhat further.”

As if that wasn’t enough, here’s the final clue:

“The Committee judges that the case for an increase in the federal funds rate has continued to strengthen but decided, for the time being, to wait for some further evidence of continued progress toward its objectives.”
Operative words — “for the time being.”

There is that 2016 Presidential Election next week.

Stepping back, today’s Fed statement resembles very much what we saw last year — language in the November policy statement that was followed by a modest interest rate hike in December. The language also signals that unless we get data that points to a pronounced slowdown in the coming weeks, odds are the Fed will raise rates exiting their next FOMC meeting on Dec. 13-14. Putting that through the decoder ring, it says all eyes will be on Friday’s October Employment Report as well as upcoming Industrial Production, Durable Orders, Retail Sales and Personal Income & Spending reports.

Should the Fed move on interest rates come December, more than likely it will be a slow path to move rates higher:
“The Committee expects that economic conditions will evolve in a manner that will warrant only gradual increases in the federal funds rate; the federal fundsrate is likely to remain, for some time, below levels that are expected to prevail in the longer run.”
As Lenore Hawkins — soon to be with us here at Tematica in the role of chief macro strategist — has pointed out more than few times, historically the Fed has done a good job at increasing interest rates at the wrong time. Odds are Fed Chairwoman Janet Yellen doesn’t want to go down in the history books as being the person that put a few interest rate nails into a tepid US economy and put it down for the count.

We see the Fed caught in between the proverbial rock and hard place as they don’t want to be seen as having weakened an already weak economy with a rate hike, but they also would like some extra interest rate wiggle room in case the economy stumbles.