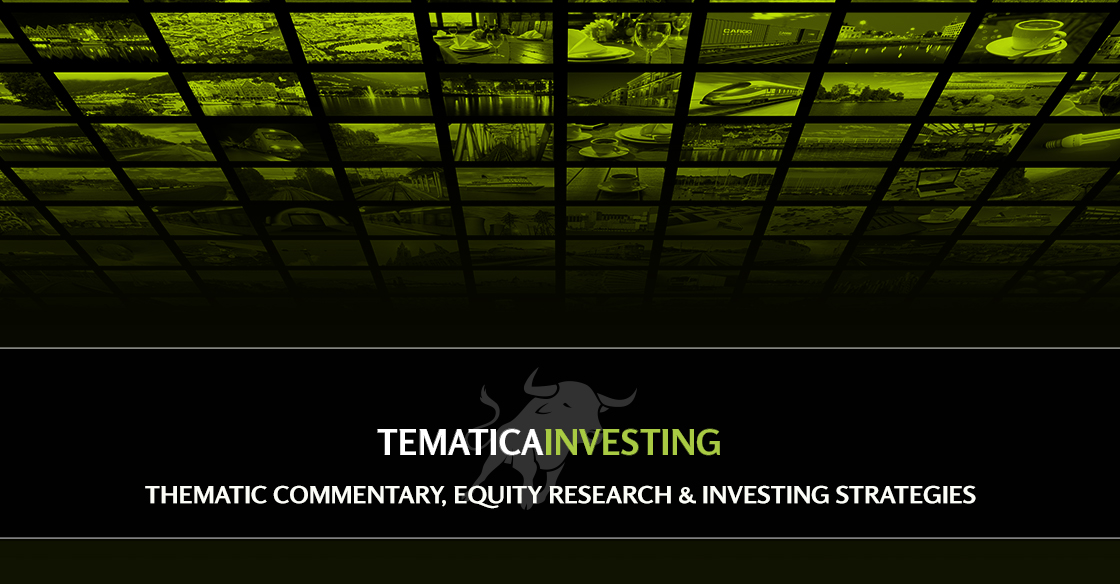 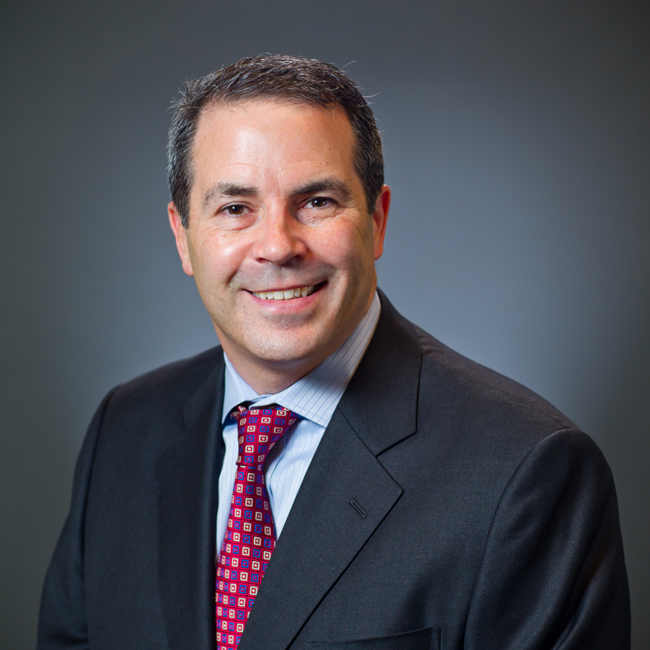 Since our last issue, the stock market continued to move higher on the news that President Trump will soon be sharing his tax overhaul plan and Fed Chairwoman’s Yellen’s congressional testimony yesterday. We review Yellen’s comments below in greater detail, but the point is the Fed, in aggregate, sees enough oomph in the economy to keep its stated goal of up to three rate increase this year in the mix. Candidly, we didn’t expect Yellen to deviate from the script given the next Fed meeting is still several weeks away, and far more data will be had ahead of it.

With the market climbing, we had a number of strong performers on the Tematica Select List, including recently added Disruptive Technology company Nuance Communications (NUAN) and  Safety & Security play PureFunds ISE Cyber Security ETF (HACK). Both of those remain Buys at current levels. Several other positions are closing in fast on their respective price targets. Last week we trimmed back the position in Costco Wholesale (COST) and reduced it to a Hold from Buy. We’d note that’s a true Hold, not to be interpreted in the herd mindset as a loose Sell recommendation. We continue to see Costco benefitting from our Cash-strapped Consumer theme and its plan to open additional warehouse clubs, which boosts higher margin membership fee income.

Similarly, this morning we are reducing our ratings on both Universal Display (OLED) and PowerShares NASDAQ Internet Portfolio ETF (PNQI) from Buy to Hold. Both have enviable runs, the former as more talk of Apple’s next iPhone iteration heats up and the potential of OLED screen and the latter given the moves we’ve enjoyed in our Facebook (FB) and Alphabet (GOOGL) shares. As we adjust these ratings, we’re also going to layer in stop losses as well:

Positions that we’ll be watching closely as they move closer to our price targets include AMN Healthcare (AMN), Facebook FB), Alphabet (GOOGL) and Disney (DIS) shares.

What’s all the Yellin’ About Yellen?

As we mentioned above, yesterday Fed Chairwoman Janet Yellen began her two day session in front of Congress for her semiannual testimony on monetary policy. Last night Tematica Chief Investment Officer, Chris Versace, joined CGTN’s Global Business to discuss the testimony, which was very much a non-surprise given the Fed Chair is not likely to tip the Fed’s policy hand in between meetings, particularly when we have ample economic data ahead and we’ve yet to get the particulars on several Trump policies. In her prepared speech to the Senate Banking Committee yesterday, Yellen said the central bank can continue to raise interest rates slowly although it would be “unwise” to wait too long. Pretty much more of the same if you ask us.

Over the last few months, the pace of manufacturing activity has picked up as evidenced by the monthly ISM manufacturing data and manufacturing PMI metrics from Markit Economics. And while it has us thinking another hike is in the cards, we agree with Yellen that with little meat on the Trump policy bone as yet, the Fed might hold out until more specifics are shared before boosting rates. This also means much more economic data to factor into their economic group-think. Odds are this means a rate hike is more likely at the May FOMC meeting than at the March one.

Today Yellen takes the stage in front of the House Financial Services Committee, and while it’s a bit mean to say we do tend to get a hearty chuckle out of watching some of those folks ask questions they don’t really understand. That good fun aside, we don’t expect Yellen to deviate from the Fed script anytime soon.

Over the last few days, there were several noteworthy items for a few of our Tematica Select List holdings. The following is a roundup of those developments.

As a consumer, we may cringe at the Disney’s ticket prices, but there is no denying its parks remain a key attraction, and new exhibits/rides, such as Frozen and eventually Star Wars, will only serve to keep people coming. From an investor perspective, price increases like these tend to drive margin expansion and profits, and that’s something we certainly like.

AT&T competitor Verizon (VZ) announced it was returning to unlimited data plans, in part to combat Sprint (S) and T-Mobile USA (TMUS). Typically, there tends to be a herd mentality when such programs are introduced, which means we’ll be watching to see if AT&T joins the fray — and if so, how the company tiers its product offering.

Also with AT&T, when asked about the pending merger with Time Warner (TWX), CEO Randall Stephenson said, “We still think we’ll be closed by the end of the year.” That matches recent comments from Time Warner, and likely means AT&T shares will be somewhat rangebound until the proposed merger clears its review by the Department of Justice. Time Warner shareholders will meet today to decide on the company’s proposed $86B merger with AT&T — a “yes” vote is expected.

As it relates to our position in Amazon, over the weekend there was news that FedEx (FDX) has launched FedEx Fulfillment, a logistic network for small and medium businesses. Given the accelerating shift to digital commerce (one of our key investment pillars for AMZN shares), it comes as little surprise that FedEx would seek to replicate Amazon’s Fulfilled By Amazon (FBA) business. For FBA transactions, Amazon receives a portion of each sale, but could, at the same time, be competing with the vendor.

The differentiator, in our view, is Amazon’s Prime service, which offers “free” two-day delivery for the shopper, and a growing list of items/services. Given the overall shift to digital commerce, odds are this rising tide will lift several boats, but to us, the real question is how vendors will offset shipping costs paid by shoppers. If they stick it to shoppers, this effort by FedEx could be more sizzle than steak.

The December JOLTS report showed yet another month-over-month increase in health-care and social assistance jobs, which led to a 12 percent increase in December 2016 compared to December 2015. Meanwhile, hiring levels in December remained relatively unchanged, up only 2.1 percent year over year.

In our view, this confirms the difficulty in finding quality staff, which bodes well for AMN’s business. Longer term, by 2020, the U.S. is expected to need 1.6 million more direct-care workers than in 2010, which equates to a 48 percent increase for nursing, home-health and personal-care aides over the decade, due primarily to the aging of 78 million baby boomers.

Our intent remains to nibble on AMN shares closer to $35 to build out the position at better prices. AMN will report its quarterly earnings tomorrow (Feb. 16) and consensus expectations call for EPS of $0.54 and revenue of $476.4 million.

Our shares of this Connected Society infrastructure play rose more than 2 percent since last week following the news that CenturyLink’s (CTL) 2017 capital spending will be $2.6 billion vs. $3.0 billion in 2016. While overall spending is ticking down, on its earnings call CenturyLink management shared that its “broadband investments for 2017 are expected to actually be a little higher than 2016 levels.” Combined with 2017 capital spending plans for AT&T, Verizon, and Comcast, it looks like total capital spending on broadband and wireless will be up modestly year over year with a greater portion of spending on network capacity and new technologies (5G, Gigabit fiber).

We continue to see Dycom as a prime beneficiary of that wireless and wireline capital spending. We are going to sit tight and be patient with the position given our view that, worst case, it’s only a matter of time for next-generation network technologies to be deployed.

After today’s market close, IFF will report its December quarter earnings. Consensus expectations have the company delivering EPS of $1.16 on revenue of $752.3 million. As we’ve shared previously, flavor and fragrance competitor results set a sound footing for IFF’s quarterly earnings that will be reported this week (Feb. 15).

We remind subscribers that given IFF’s international exposure, currency is likely to weigh on its December-quarter results as well as its near-term outlook. But, as we have said before, we see that largely reflected in the share price over the last few months.

Following solid December-quarter earnings last week, shares of this voice technology company rose more than 6 percent over the last several days, bringing our return in the shares to roughly 9 percent. In our view, the performance in the most recent quarter shows that despite all the headway we are hearing about Amazon’s (AMZN) Alexa voice digital assistant and similar offerings from Alphabet (GOOGL), there is ample opportunity in this expanding voice technology market for Nuance and its offerings to the health-care, mobile/auto, enterprise and imaging markets.

During the conference call Nuance shared that while there has been growing interest in voice interface technology in the last few years, the arrival of Amazon and Alphabet products has accelerated the pace of investment across several Nuance customer verticals. These opportunities along with Nuance’s expanding solution set, which includes artificial intelligence and analytics, bodes well for the company’s competitive position in the coming quarters.

Longer term, Tractica forecasts total voice digital assistant revenue will grow from $1.6 billion in 2015 to $15.8 billion in 2021. That is also likely to put Nuance on the M&A contender list for those larger entities that need to expand their voice technology capabilities.