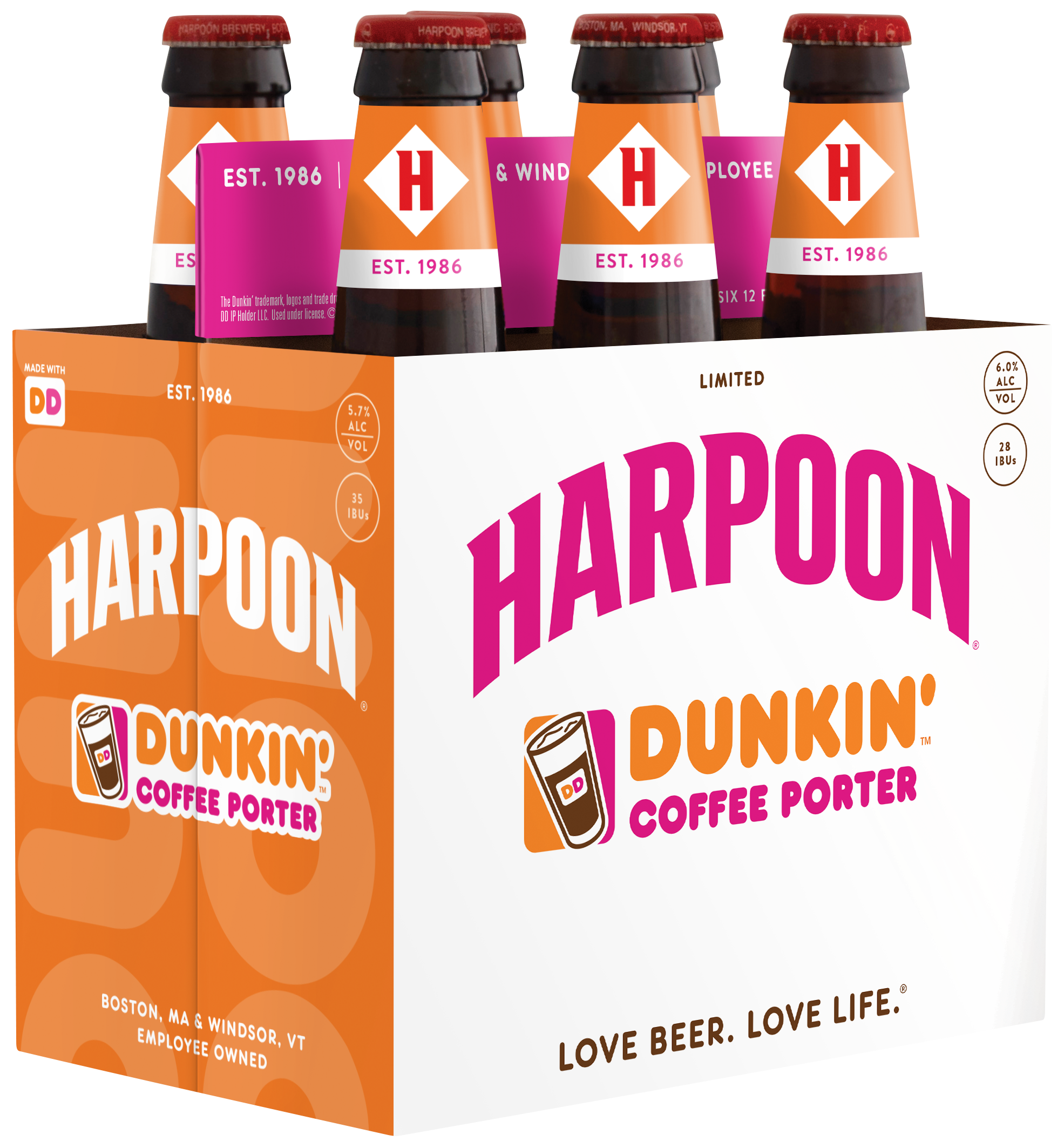 With spring in the air across more of the US, it will soon be time for outdoor yard work and lounging by the pool, river, lake or ocean. In our view here at Tematica, nothing goes better with those activities than a cold one, and yes we are talking about beer. For those both under and over the legal drinking age, that adult beverage and several others fall under our Guilty Pleasure investing theme.

We’ve talked before about the rise of craft and other designer beers, and once again Dunkin’ and Harpoon Brewery are at it again. If you’re a stout beer fan like Tematica’s Chief Economist Lenore Hawkins, you may want to give a try to their latest coffee infused beer. It’s not exactly a new combination, but one that is becoming increasingly popular although it seems more like a Fall beverage than a summer one in our view.

From the team Tematica perspective, it’s two aspects of our Guilty Pleasure theme coming together… not too unlike chocolate and peanut butter. Now to see what it tastes like. Cheers!

With the return to high temperatures this spring, people may be clamoring for a cool beverage. A sweet iced coffee or a chilled beer might help to satisfy one’s yearning to cool down on a warm spring day.

Luckily, for fans of both iced coffee and beer, Dunkin’ is not making you decide between the two.

The quick service restaurant is teaming up with Harpoon Brewery again this year to serve up the Harpoon Dunkin’ Summer Coffee Pale Ale, a coffee-inspired beer. The beverage has 5% ABV and combines the flavors of Dunkin’s Original Blend with a bright pale ale.

This marks the second collaboration between Dunkin’ and the Boston-based Harpoon. In October of last year, the two combined to release Harpoon Dunkin’ Coffee Porter.

The companies’ newest beverage will be available from now until the end of the summer. 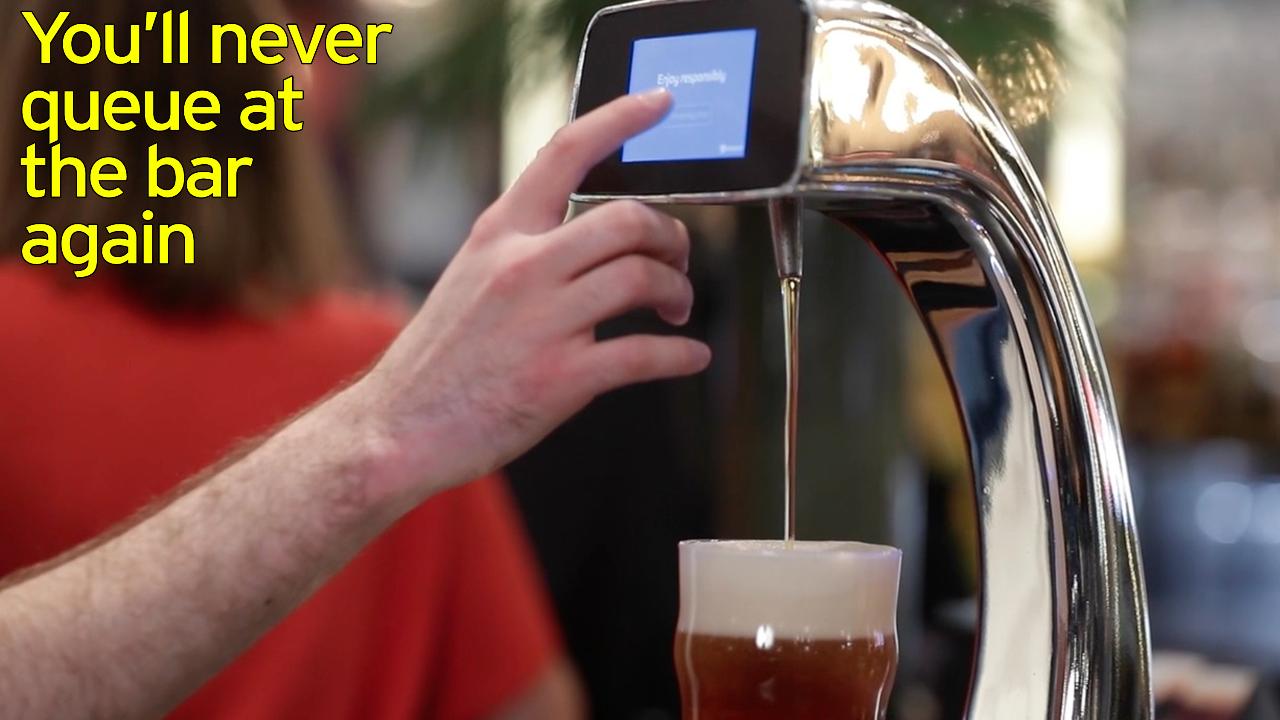 We’ve said it more than few times… the only thing we love more than one thematic tailwind is the intersection of two or more. In the case of the Robo Barmaid, a pay-and-go beer dispenser, we’ve got three — Disruptive Technologies (robotics), Cashless Consumption (contactless payment cards) and Guilty Pleasure (the beer of course!). We firmly belive this requires on-site Tematica testing to verify the ease of use as well as the notion that it cuts down waiting time by up to 12 minutes. All that waiting around time to catch the barkeep’s attention is less than fun. We’d be remiss if we didn’t observe that this is another example of robot creating the need for fewer workers. Now to see how widely deployed the Robo Barmaid becomes.

We firmly believe this requires on-site Tematica testing to verify the ease of use as well as the notion that it cuts down waiting time by up to 12 minutes. All that waiting around time to catch the barkeep’s attention is less than fun. We’d be remiss if we didn’t observe that this is another example of robot creating the need for fewer workers. Now to see how widely deployed the Robo Barmaid becomes.

The world’s first self pouring pump to use contactless cards allows drinkers to order up a pint from a touch screen, tap their card at the pay point and walk away with a beer all within 60 seconds.The innovate “Pay@Pump” designed by credit card giant Barclaycard cuts waiting time to be served from an average 12 minutes at busy times by two thirds. 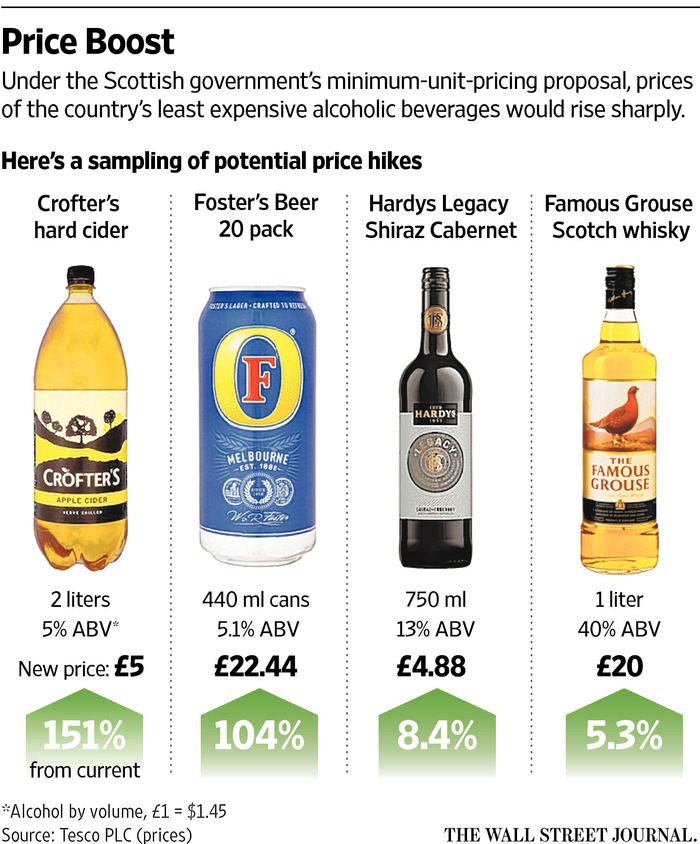 We’ve seen this or something like this several times before as regulations and mandates have been put into effect to curb smoking, soda and sugar consumption to name a few. While it may be helpful to individuals, it has the making of hitting Guilty Pleasure profits at companies like Anheuser Busch Inbev, Molson Coors, or Constellation Brands to name a few.

The industry is concerned that regulation passed in the home of Scotch could set an international precedent that could unleash a wave of regulation and crimp profits, similar to plain-packaging moves in the tobacco industry. 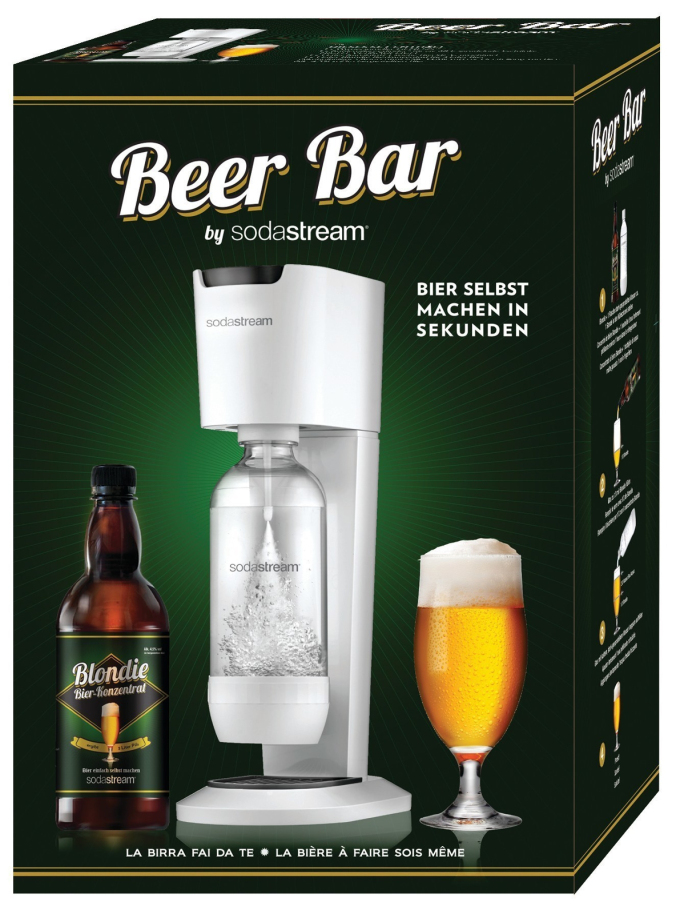 Maybe it’s just us, but this potential Guilty Pleasure opportunity lost us at “adding Blondie concentrate.” Sure some may want to drink the Kool-Aid or Tang of beer, but we’re thinking if you’re going to reach for a cold one the last thing you want is some beer concentrate at the bottom of your glass. For now, we doubt other Guilty Pleasure companies like Anheuser Busch Inbev SA (BUD), Molson Coors (TAP) or Craft Brew Alliance (BREW) will have much to worry about.

The Beer Bar only makes one beer so far, a light beverage called “Blondie,” which contains 4.5% alcohol by volume and has “a smooth authentic taste, and a hop filled aroma,” SodaStream says.

Source: SodaStream Wants You To Make Your Own Beer At Home – Consumerist