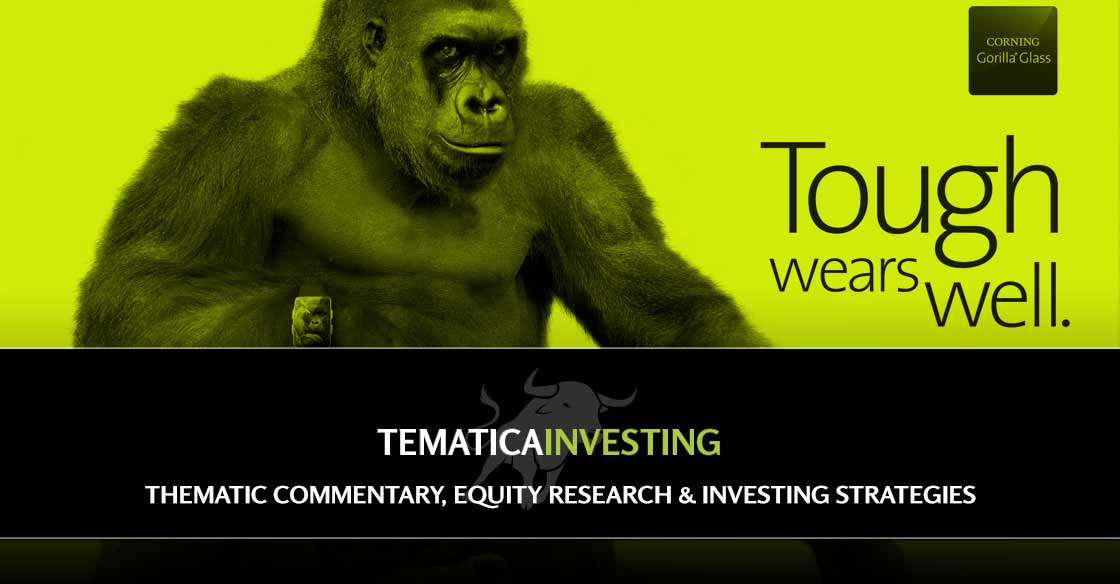 Amid a falling stock market open this Tuesday morning, which comes on the heels of a Monday that was the worst day thus far for stocks in 2018, Disruptive Technology company Corning (GLW) reported better than expected December quarter earnings, beating on both the top and bottom lines. The sparse release from the company showed positive results across the majority of its business and hinted at expectations for the company’s top line to rise 5% this year. All in all, a solid report ahead of the company’s 8:30 AM ET conference call, which should shed far more details on its quarterly results and outlook. It’s that more granular view, especially for the smartphone market, that will determine how GLW shares will trade later today as well as those for Apple (AAPL) and Universal Display (OLED).

Piecing some comments together from its earnings press release, it appears Corning’s Display Technologies business (31% of sales) will continue to benefit from larger screen sizes and better LCD glass pricing, while Optical Communications (34% of sales) is expected to grow 10% year over year due in part to a contract with Verizon (VZ) as well as ongoing backhaul demand. That year over year improvement at the Optical Communications segment is forecasted without any benefit to be had from the recently acquired 3M Communications Market Division. Two of the company’s other segments – Life Sciences and Environmental Technologies – are slated to deliver positive sales gains, but there is some rather cryptic wording for the company’s Specialty Materials business (14% of sales)

As I noted above, Corning is holding its December quarter earnings conference call this morning and we expect the dialog to be had to provide far more details on management’s expectations as well as the dynamics, such as smartphone shipment expectations for the first half of 2018, that will impact product mix and profits. Current consensus expectations have the company delivering EPS near $1.80. Because the company’s Display Technologies business accounted for 46% of earnings in the December quarter and 47% in all of 2017, we expect Wall Street to pepper the company with questions surrounding iPhone production levels in the coming quarters. Those answers will determine the likelihood of those 2018 EPS forecasts that fall between $1.64 – $1.98 per share. Quite a wide berth, and the answers will determine if there is upside to our $37 price target.

I have shared there is much speculation over iPhone X production levels to be had, but we would remind subscribers the iPhone X is just one of Apple’s smartphone models. That said, given the rapid rise in the overall stock market year-to-date, up 6.7%-8.2% across the major market indices after yesterdays’ performance, and the 7% increase in GLW shares over the same time frame, Corning’s smartphone commentary could weigh on the shares if it indicates an overall weaker than expected smartphone market. It will also help chart the near-term direction for the Apple and Universal Display shares on the Tematica Investing Select List.

From my perspective, we are hearing reports of larger format smartphones from Apple and others hitting shelves later this year. Paired with the growing adoption of larger format organic light emitting diode (OLED) displays on both smartphones and TVs, as well as burgeoning demand for backhaul technologies that should grow in the coming quarters as 5G networks are built, we’ll use any pullback to be had in GLW shares in the near-term to improve our long-term position. 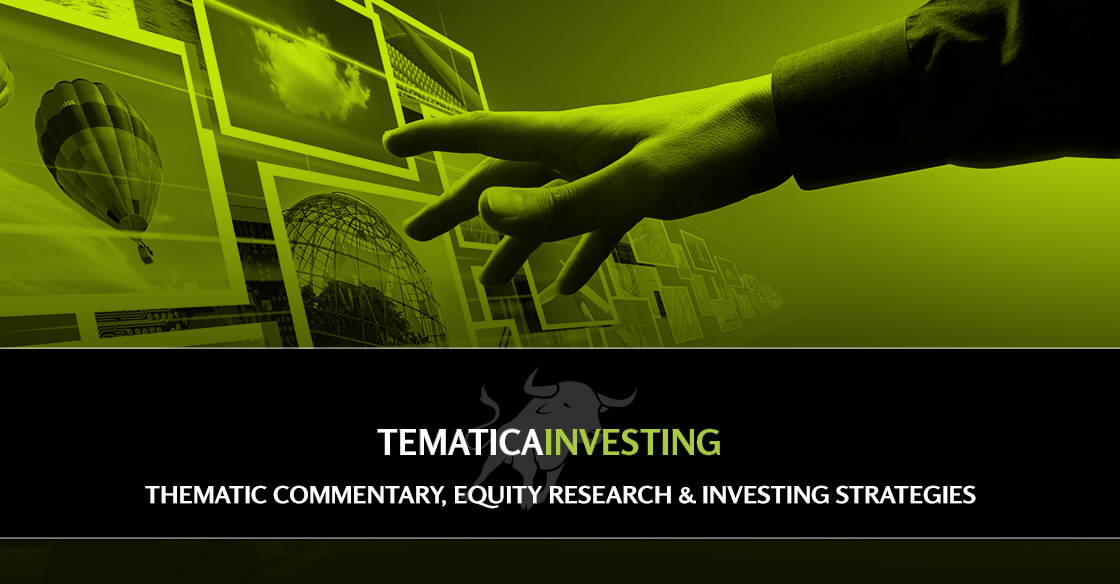 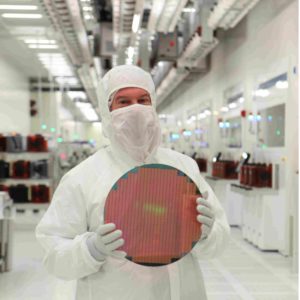 We are adding shares of Applied Materials (AMAT) to the Tematica Select List as the company’s business is poised to benefit from our Disruptive Technology investing theme over the coming 12-24 months. Applied Materials is a leading nano- manufacturing equipment, service, and software provider to the semiconductor, flat panel display (FPD), and solar industries. In short, it builds the capital equipment that is used to manufacture chips, display and solar panel components. Our price target of $47 offers upside of roughly 30 percent and equates to just over 17x expected 2018 earnings in the range of $2.75 per share. By comparison, consensus expectations call for AMAT to deliver EPS of $2.55-$2.60 this year, up from $1.75 in 2016. Our rating is a Buy up to $41-$42.

Why We’re Adding AMAT Shares to the Tematica Select List

It’s been a while since we’ve seen the TV ad touting cotton as the fabric of our lives. Over the last few years, as we’ve been migrating more and more into the digital society, we’ve thought the new fabric of our lives is chips. As we know from our devices, be it a laptop, smartphone, tablet, we are facing the need for more computing power, greater connectivity speeds and more connections into more things (cars, homes, and that Internet of Things thing).

There are also newer and in some cases disruptive technologies — like emissive display technology organic light emitting diodes (OLEDs), a technology that is catching fire in the smartphone market, TVs and wearables. In short, there is a pronounced increase in the for chips, which is also spurring a pickup in new semiconductor capital equipment. We know this given our existing position in Universal Display (OLED) shares.

Exiting December, North America-based manufacturers of semiconductor equipment posted $1.99 billion in orders worldwide and a book-to-bill ratio of 1.06, according to the December Equipment Market Data Subscription (EMDS) Book-to-Bill Report published by SEMI. December bookings rose more than 28 percent compared to November 2016 and were up nearly 48% on a year over year basis.

In the recently reported January quarter, Applied’s order book rose more than 85 percent year over year, as orders for its silicon and display businesses rose more than 85 percent and 200 percent, respectively. The silicon business is benefitting from strong 3D NAND demand, given significant power and performance advantages over other memory solutions, as well as silicon to power applications, 4K video, as well as compute-intensive applications like artificial intelligence and smart vehicles. 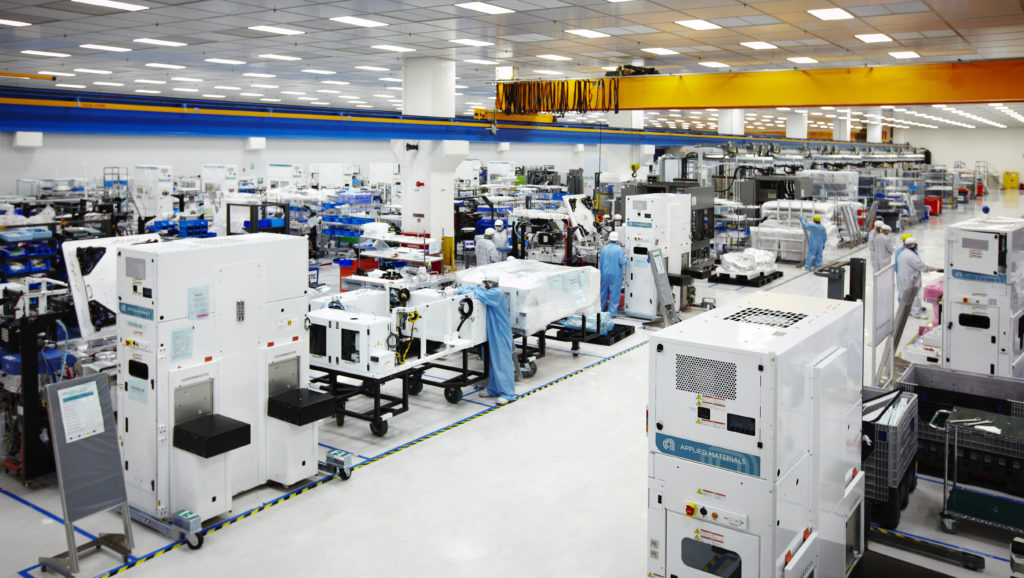 As part of the Internet of Things, we’re seeing sensors and communications being added to a variety of commercial and consumer products as well. These and other applications are, on a combined basis, driving robust demand for additional semiconductor capacity and that is fuel for Applied’s semiconductor business. We see this reflected in capital spending budgets at companies like Intel (INTC), which is boosting its 2017 budget by $2.5 billion year over year to $12 billion. Taiwan Semiconductor (TSM)‘s 2016 capital spending came in at $10.2 billion, ahead of the expected $9.5 billion, and the company is slated to spend another $10 billion in 2017.

The accelerating ramp in OLED display demand was the primary driver of that robust Display order activity, and Applied noted the demand has only strengthened over the last several months. “In the past few months, our view of display spending has strengthened further. We now see customers increasing their investments by around $3 billion in 2017, $1 billion more than we thought in November. Our early view of 2018 is also positive.” It added: “50% of our demand going forward for this year is new customers for the mobile OLED”, with orders improving across all of its mobile OLED customer base. We strongly suspect a significant factor in this ramping Display demand is Apple (AAPL) adopting OLED displays in its next iPhone iteration. Odds are that shift will push other smartphone vendors to adopt OLED display.

One overarching driver over the long term is ramping capacity for semiconductor capital equipment and display technologies in China as it consumes a growing number of devices. In total, wafer fabrication equipment (WFE) sales in China are expected to reach $7 billion in 2017, compared to $6.7 billion in 2016 and $3.4 billion in 2013, according to SEMI, with more significant spending likely in 2018. With easier export controls in China compared to several years ago, companies like Applied can now ship more advanced tools into the country.

Against such a rosy outlook, we’d note semiconductor capital equipment demand tends to be dependent on the health of the economically sensitive semiconductor and consumer electronics industries. This means that we will continue to keep our eyes tuned not only to chip demand and fabrication utilization levels, but also the underlying economic tone of the global economy.

Our $47 price target equates to 17-18x expected 2017-2018 EPS, which we’d note is a discount to 52-week high price multiples in the range of 21-22x earnings that were accorded to AMAT shares during 2015 and 2016. On the downside, AMAT shares have bottomed out at roughly an average P/E multiple of 12x over the last few years. Applying that multiple to slated 2017-2018 earnings points to downside near $30-$32, and those are levels near which we’d look to scale into our position on share price weakness, as along as the current outlook remains intact.