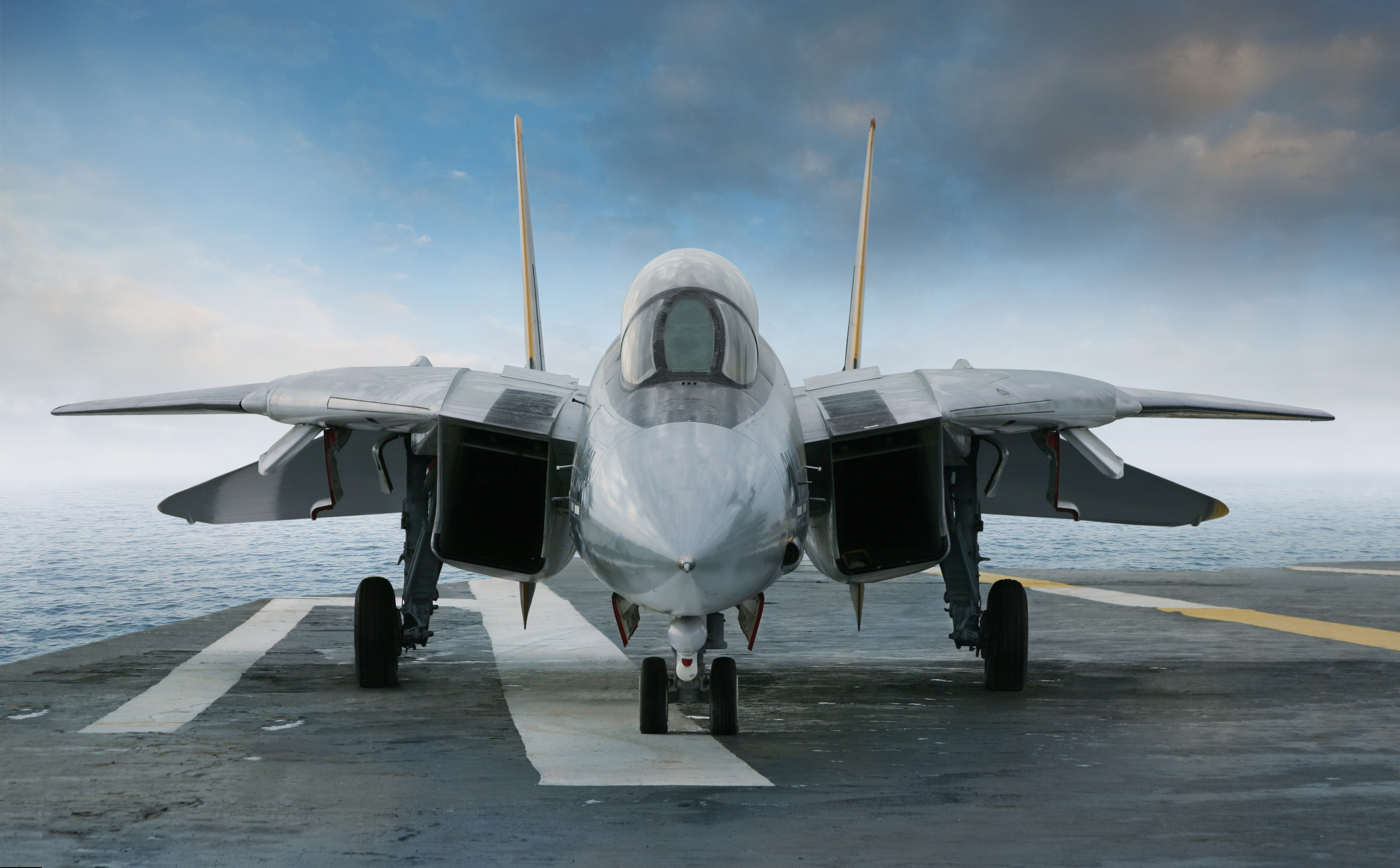 When we hear about a budget increase, particularly one approved by the Federal government, there are concerns about how the funds will be spent. Will those funds be spent as intended or prattled away on items that may fall out of the original spending approval. With the last year’s congressionally mandated defense spending increase, this week the Department of Defense published a new booklet that details accounting for how the $700 billion in defense-related spending with these three

From our perspective, this booklet lays out the investments made in fighter jets, helicopters, tactical vehicles, munitions, and rocket systems, serving up several confirming data points for this aspect of our Safety & Security investing theme.

Under constraints during the Obama administration, the Pentagon said, the U.S. by 2016 was reduced to “the smallest military since World War II” and experienced “key munitions shortages.” U.S. “aircraft and ships were unable to deploy” and the nation experienced a “declining technological edge,” according to the booklet.

“Congress did its part” in the Bipartisan Budget Act this year to lift caps on discretionary national security spending by 15 percent, or about $80 billion, the biggest increase since the limits were imposed in 2011, Defense Secretary Jim Mattis said in the report’s introduction. “We are grateful to the American taxpayers for their support,” and “it is now DoD’s duty to spend these funds responsibility.” 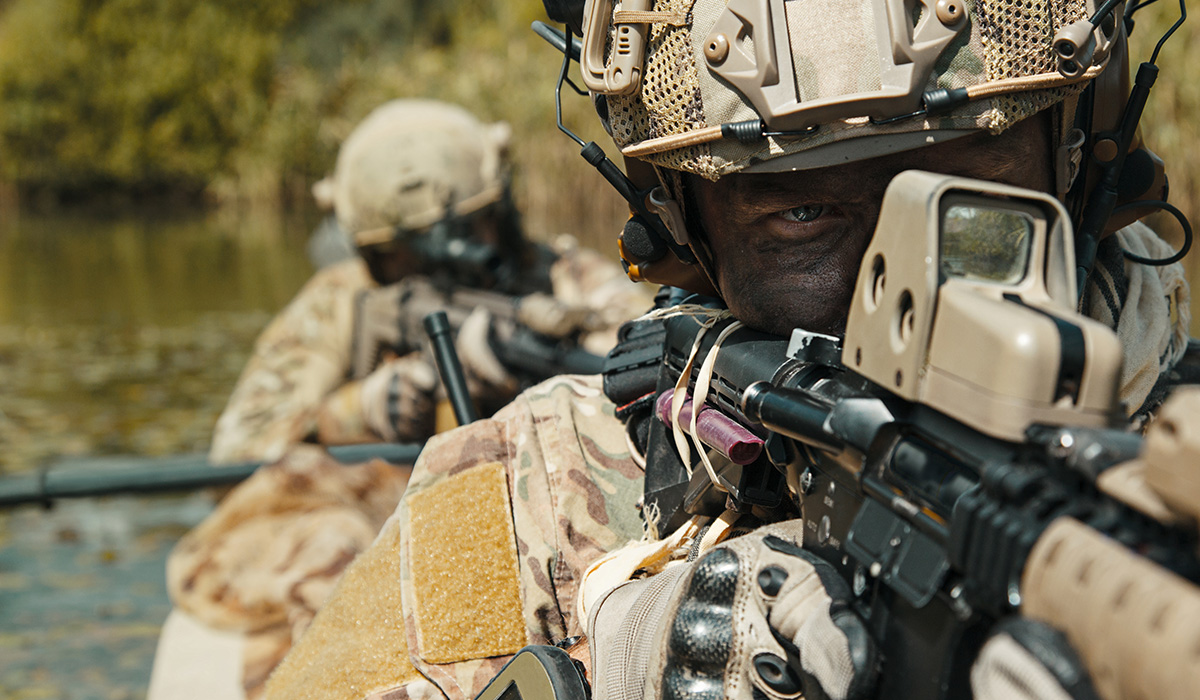 When it comes to our Safety & Security investing theme, it’s true that cyber-related crimes and subsequent calls for spending tend to get the bulk of the headlines, but there are several other aspects to it as well. This week Washington approved a defense spending measure to direct more than $670 billion towards a wave of Defense Department increases for the 2019 fiscal year. While those companies that range from Lockheed Martin to Northrop Grumman are also investing in their cyber capabilities, this spending directive paves the way for greater military spending on equipment, and weapons, which should provide a hefty boost to those programs traditionally associated with the US armed forces.

The defense appropriations bill has more than $606 billion in base defense spending and nearly $68 billion more in overseas contingency funds, in line with White House requests and spending targets outlined in the annual defense authorization bill approved earlier this summer.

Operation and maintenance spending totals $243.2 billion of the defense total, and research and development efforts another $96.1 billion. Defense health and military family programs would receive $34.4 billion.

Beyond the 77 F-35 Joint Strike Fighters authorized by the 2019 defense policy bill, the spending bill added another 16 for a total of 93. The decision comes as the Pentagon is expected to decide next month whether to move the aircraft into full-rate production.

The Navy’s shipbuilding account got a $2.2 billion boost over the $21.9 billion it asked for, including a 33rd, 34th and 35th littoral combat ship, three more than the 32-ship requirement set by the Navy.

Amphibs also fared especially well, driven both by Congress’ desire to push the Navy to a 355-ship fleet as fast as possible and by the evolving role played by amphibious ships in the Navy’s strategic thinking. 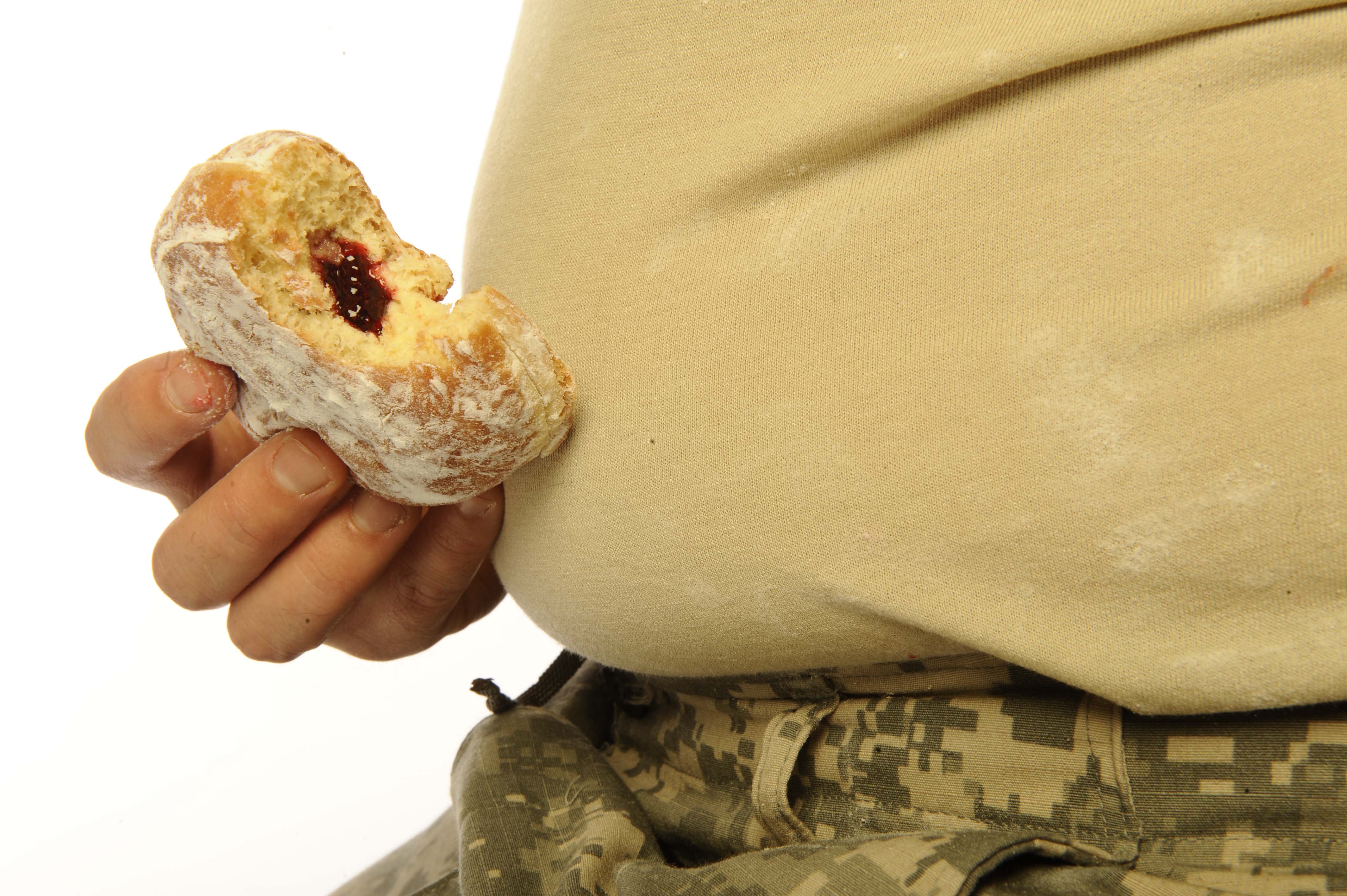 Compared to the U.S. civilian population, the rate of overweight troops is far smaller at just under 8 percent  compared to roughly  70 percent of the adult American population that is clinically overweight or obese, according to data from the U.S. Centers for Disease Control. While the military may be  reflecting the nation’s broader population, whose poor eating habits are fueling an alarming rise obesity rates, obesity can be a life-and-death issue on the battlefield. Overweight troops may not move as quickly in ground combat, making them easier targets. And if they are wounded, it is more difficult for their buddies to pull them to safety. If Pentagon health officials are rewriting forcewide guidelines for body composition standards, one has to wonder when if the USDA should overhaul its “food pyramid” as part of a larger nutritional overhaul

For the first time in years, the Pentagon has disclosed data indicating the number of troops its deems overweight, raising big questions about the health, fitness and readiness of today’s force.

About 7.8 percent of the military — roughly one in every 13 troops — is clinically overweight, defined by a body mass-index greater than 25. This rate has crept upward since 2001, when it was just 1.6 percent, or one in 60, according to Defense Department data obtained by Military Times. And it’s highest among women, blacks, Hispanics and older service members.

Source: The U.S. military has a huge problem with obesity and it’s only getting worse

On March 8th I spoke with Neil Cavuto about how many foreign leaders, particularly those in Europe, are getting nervous about Donald Trump’s statements. Living a good portion of my time in Italy I am able to have a richer perspective on how the rest of the world views what is happening in the U.S., and while I agree that the U.S. ought not chose its policies based on the preferences of other nations, it is always a good idea to at least listen to our friends and neighbors, just as we do in our personal lives.

The United States has the largest economy in the world and the most powerful military, so naturally the rest of the world has a vested interest in what happens here. Our entertainment industry is also the most impactful in the world, so that American cultural shifts are often rippled throughout the globe. What happens here, doesn’t stay here.

For most Americans alive today, World War II is something we read about in the history books. We don’t sense that it impacted our culture in any meaningful way, at least nothing like the way 9/11 has. In Europe there is a very different memory, one filled with great trepidation over those leaders that seek to use the military in ways that are outside of the law. Donald Trump’s repeated comments concerning how he is confident that the members of the military would defy their oath to uphold the law in order to obey his demands strike an alarming cord in Europe, where leaders in the past who used the military that way brought devastation to a continent.

Perhaps Trump is simply using the type of hyperbole that he found worked so well to garner attention for his reality TV show, but hyperbole of that nature on the global political stage, from a man who could be the commander-in-chief of the largest military in the world, in understandably cause for concern.

On this Memorial Day, thank you to all those who have served in the armed forces for iving the rest of us the luxury of living in a country that is relatively safe from outside attacks.  We owe you so very much.  You have also served as a enormous force of good, traveling all over the world in times of need to help countless individuals and nations with the basics of food and water and even electricity and urgently needed medical care.  You are have helped rebuild towns and have given hope where all was once lost.  Thank you to the families of those who have served as well.  Your sacrifices have helped make the world a better place.

Thank you also to those who question where we send our military and why.  Your questions honor our servicemen and women by looking to ensure that their sacrifices as well as those of their families are requested only when absolutely necessary.  You are a solider of a different stripe, battling overarching governments and callous disregard for life and liberty.

Iraq has again descended into anarchic terror as the government  and tenuous order left in place by the US crumbles without the power of the US military behind it.  Now the US finds itself once again forced to engage in a situation that will cost dearly both in terms of actual dollars and in lives lost or at least severely damaged.  We made a mess of it and understandably the world looks to us to clean up after ourselves, regardless of the futility of the exercise.

The American Solider is to me one of the most awe inspiring images.  He/She is the defender of those who cannot defend themselves, the strong hand that reaches out and provides food, shelter, and breathtaking levels of aid during times of crisis.  He/She is the fearless defender of freedom.  Whenever I see servicemen and women I thank them for their sacrifice, for taking on risks and enduring hardships that I cannot comprehend, affording me the luxury of enjoying a life in which I only have to sweat the small stuff.  The respect they deserve demands that our military not be used so readily and with so little thought as the the endgame.

Time and time again we send our precious men and women into a nation that is suffering under a horrid despot.  We march on in fancying ourselves to be the great liberators, freeing those terrorized under barbaric rule.   It is a noble image and one that has seduced repeatedly.

The reality is something entirely different.  Democracy cannot be spread at the point of a gun.  A nation cannot be handed democracy by an occupying military force.  Liberty cannot be delivered at the point of a gun.  The love of freedom, the deep belief in the sanctity of individual rights cannot be forced upon a people, no matter how noble the intent.  It is something that must be generated from within.  It is something that must be fought for by those suffering under despotic rule and if history is any guide, it must be earned by those who seek it in bloodshed and tears.

The US seems to repeatedly stumble into foreign military messes the way Justin Bieber tweets, frequently and without much thought.

The US accounts for roughly half of the world’s military spending, yet we still don’t feel safe.  In 2013 the US accounted for about 73% of NATO’s defense spending, despite the other 27 members having collectively a larger economy than the US.

It was not the use of American military force that instilled in Soviet era Russians the desire to smoke Marlboros or wear Levis, icons of American cowboy-style independence.  The world and the United States would be better served if, rather than engaging in military conflicts that only ended up trading one set of terrorizing leaders for another, we focus on being an example of what is possible when individual rights, innovation and success are revered.  We could do much more good in the world by serving as a safe haven for those who seek to escape terror abroad, welcoming with open arms and with high expectations that those who come here, push themselves to achieve to the best of their abilities, rather than treating them and much of our existing population, like incompetent children who require a paternalistic government to manage their lives.

Thank you to all those who have served and the families and friends who have loved them.  Thank you for our liberty and security.  May we always seek to deserve your sacrifice.