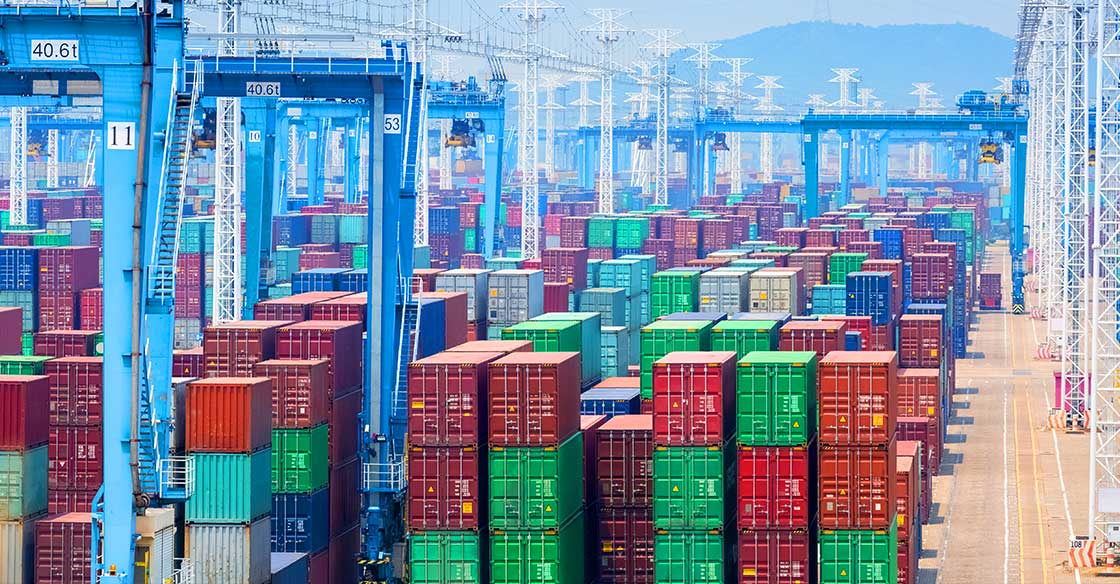 A couple of days ago, I shared my view that President Trump’s tariff overtures are more than likely a negotiating tactic as he looks to tackle yet another of his campaign promises – international trade. The resignation of Gary Cohn on Tuesday, President Trump’s top economic adviser and the head of the National Economic Council, have certainly fanned the flames that this might not be a bluff by Trump — either that or Gary Cohn was unwilling to play the game.

I continue to think Trump is following the negotiating strategies he laid out in his 1987 book, Art of the Deal. But as an investor, we have to game out the potential outcomes so we can assess the potential risk and position ourselves accordingly.

Should Trump enact the seemingly unpopular trade tariffs on steel and aluminum, what then?

For starters, with an increase in the cost of importing from other countries and a lack of price pressure on American suppliers, steel and aluminum will become more expensive to U.S. companies. No big surprise there. The companies impacted will be wide, ranging from manufacturers of aircraft, high-speed rail, cars, trucks, construction equipment, motors, satellite dishes, smartphones, tablets and appliances. And let’s not forget cans, which will impact the price of food, soda and beer, as well as a variety of other products.

Will those companies look to change to domestic suppliers?

Most likely, but that will take not only time, but require more domestic capacity to come on line. As we’ve seen in the domestic oil industry, it’s not as easy as flicking a light switch – it takes time, and more importantly, it takes people, the right people. That’s right, the skill set to work in a steel or aluminum plant is not the same as working at McDonalds (MCD), the Gap (GPS) or an AMC Theater (AMC).

What we’re likely to see amid a rise in demand for domestic steel and aluminum is rather similar to what we are seeing in the freight industry. The currently capacity constrained domestic truck market has led to sharp increases in freight costs cited by a growing number of consumer product companies ranging from Tyson Foods (TSN) to J.M. Smucker (SJM) and Ross Stores (ROST).

The same materials constraints is poised to happen to homebuilders this spring, given the current lumber shortage… and yes the current truck shortage could mean a double whammy for homebuilders like Toll Brothers (TOL), D.R. Horton (DHI), Lennar Corp. (LEN) and the rest of the industry, both public and private, as they truck materials to new building sites.

We’ve talked quite a bit about how rising home prices due to low supply have likely priced out a number of prospective buyers. Let’s also remember the rising level of consumer debt and lack of wage gains for the vast majority of workers that Lenore Hawkins, Tematica’s Chief Macro Strategist, and I have been talking about on the Cocktail Investing Podcast and writing about. What this probably means is more consumers will be priced out of the housing market as homebuilders look to offset rising costs with higher prices. Basic economics.

Getting back to the impact of the proposed Trump tariffs, while they would help potentially level the playing field for steel and aluminum companies like AK Steel (AKS), Steel Dynamics (STLD), Century Aluminum (CENX), Arconic (ARNC) and other, in the short to medium term they will more than likely lead to higher prices.

While companies may look to offset those rising costs, the reality is that in today’s world where a public company must at a minimum meet the bottom EPS expectations lest it’s stock price get crushed, odds are they will raise prices to minimize the hit to the profits and the bottom line. We’ve seen this time and time again over the years at Starbucks (SBUX) with a nickel here and there price increase with its latest in September ranging from 10 to 30 cents on a variety of menu items.

To use the lingo favored by the Fed and economists, we run the risk of inflation. Yes, folks, I said it, inflation, and as we know over the last few weeks that word has become a focus for investors as they look to gauge how far and how fast the Fed will boost rates in 2018 and before too long 2019. We know in watching these higher prices will weigh on the buying activity of Cash-Strapped Consumers and most likely others as items become less affordable. Not sure, consider the median U.S. income last year was all of $31,685 compared to $31,248 in 2000 – over 18 years an income gain of just $437!

This is where I remind you that the U.S. consumer is a meaningful contributor to the domestic economy, (with consumer spending accounting for nearly 70% of GDP) and Lenore would kick me if I didn’t remind you how far along we are in the business cycle. The combination of rising prices and questionable consumer demand also runs the risk of profit and EPS pressure that would likely weigh on stock prices.

Boiling it down, the question is does Trump want to run the risk of torpedoing the economy and the stock market, two of his much tweeted about barometers for his presidency?

My thought is probably not.

I do, however, expect Trump and his ego will continue down this negotiation path, ultimately compromising for a better trade deal than the current one. And yes, my fingers are crossed.

Will it be smooth sailing to that destination? Not likely and we can see last night’s resignation of Gary Cohn, President Trump’s top economic adviser, as a sign the waters will be more than choppy over the next few weeks.

Upping the ante, this morning the European Union shared its response to Trump’s proposed metals tariffs saying it would take the case to the World Trade Organization and coordinate its actions with other trade partners that are also against the proposed tariffs from the U.S. The EU went on to share a “provisional list” of U.S. products that would see higher tariffs from the EU, if Trump moves ahead with the import tariffs. The full list has yet to be made public, but among its speculated $3.5 billion impact will to items such as peanut butter, cranberries and oranges. Perhaps EU officials have been busy reading Trump’s Art of the Deal?

What all this looks like… or at least I hope it is… is a good ol’ fashion game of chicken — international trade negotiation style.

Like most games, there tends to be a winner and a loser, and while it’s possible that Trump comes out ahead on this, the risk he runs will impact the American consumer, the domestic economy and at least certain stocks if not the overall market.

Remember also that the next monetary policy meeting by the Fed is in two weeks. At its January meeting, the Fed was beginning to shake and bake tax reform implications into its outlooks, and I suspect the Fed heads are likely doing the same with a potential trade war. Do I feel bad for new Fed Chief Jerome Powell? Let’s just say that I wouldn’t want his job, but then again given my pension for calling it like I see it they probably wouldn’t want me.