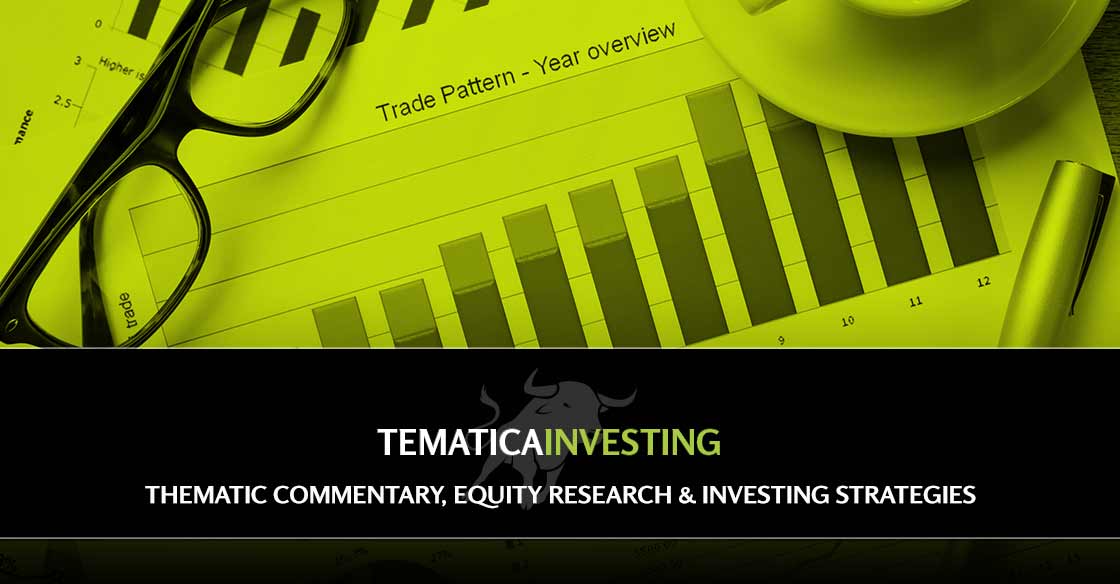 Last week brought the March quarter to a close, and even though Friday’s personal income and spending data confirmed a slowing economy, it was the best quarter in nearly a decade for stocks.

The bulk of the double-digit gains across all of the major domestic stock market indices — the Dow Jones Industrial Average, S&P 500, Nasdaq Composite Index, and the Russell 2000 — came early in the quarter due to positive expectations for U.S.-China trade talks, even as the market shrugged off the federal government shutdown. As the quarter wore on, data pointed to a slowing global economy, with more pronounced weakness in China, Japan Europe, leaving the U.S. the best house on the slowing economic block. Even so, the domestic data point to a markedly slower U.S. economy compared to the second half of 2018, which in part reflects the anniversary of tax reform, but also consumers that increasingly appear to be hitting a spending wall.

Companies are also contending with higher wage costs, due in part to minimum wage hikes, as well as certain higher input costs. And of course, there is the current trade war with China that is also presenting a headwind, as is the slowing economies in Europe and Japan, especially given the year-over-year strength in the dollar, as you can see in the chart below.

In sum, we’ve seen a number of these headwinds result in reduced earnings expectations for the current quarter, and we’re now beginning to see companies once again trim back expectations. Last Thursday night DowDuPont Inc. (DWDP) slashed its sales and profits forecasts, joining the ranks of Infineon Technologies AG (IFX), Samsung Electronics Co., Ltd., Osram others. This week, it was Walgreens Boots Alliance (WBA) that shared it had “the most difficult quarter we have had since the formation of Walgreens Boots Alliance.

That positive report was tempered by the IHS Markit Manufacturing PMI for the U.S., which showed a month-over-month decline in March and hit its lowest level since mid- 2017. As that report noted, “New order growth has fallen close to the lows seen in the 2016 slowdown, often linked to disappointing exports, tariffs and signs of increasing caution among customers.” This trend points to continued slow growth ahead for the domestic economy, though the latest data as a whole still leave the U.S. as the fastest-growing economy compared to China, Japan and the eurozone.

As for the February Retail Sales Report, it once again missed expectations, declining 0.2% month over month. This marks the third flat to down sequential comparison for this data set in the last four months. Viewing the data on a year-over-year basis, retail sales for the month rose 2.1%, which confirms a slower but still growing U.S. economy. While we don’t want to put too sunny of a view on it, the February year- over-year comparison was ahead of the 2.0% growth pace of the trailing three months. Still, there was no question the year-over-year rate of spending in February slowed compared to January.

While we don’t want to put too sunny of a view on it, the February year- over-year comparison was ahead of the 2.0% growth pace of the trailing three months. Still, there was no question the year-over-year rate of spending in February slowed compared to January.

In my view, this looks to be setting up a volatile earnings season, with earnings guidance that is likely to disappoint and lead to downward revisions for the June quarter as companies reset expectations. We will continue to be prudent, longer-term focused investors that take our cues from our 10 investing themes and the confirming signals to be had.

As we put the March quarter in the rear-view mirror, the market will continue to look for hope in a U.S.-China trade deal but given the factors outlined above, I see greater risk to the downside, generally speaking, than upside, as we begin the March-quarter earnings season. The stalwart among them was Clean Living Leader Chipotle Mexican Grill (CMG), as its shares rose more than 60% during the first three months of the year. Digital Lifestyle Leader Netflix (NFLX) as well as New Global Leader, Alibaba (BABA), soared more than 30% during the quarter, and Thematic King Amazon (AMZN) climbed 20%.

The quarter wasn’t without its challenges given declines experienced at Aging of the Population Leader AMN Healthcare (AMN), but as I am seeing with my 87 year old father, the need for elder care is pronounced and bodes well for nursing demand in the coming years. We will continue to hold AMN shares. Another laggard is Dycom Industries (DY), better known as the Digital Infrastructure Leader, which is positioned to benefit from the 5G and gigabit network buildout. We’re entering the seasonally strong time of the year for Dycom, which also brings us closer to initial 5G launches from AT&T (T), Verizon (VZ), T-Mobile USA (TMUS) and others. As with AMN shares, we will continue to hold DY shares as well.

Now let’s dig into several Thematic Leaders and Select List positions that made news over the last week.

During the March quarter, Apple’s (AAPL) shares rebounded hard, rising just over 20%. Some of that climb was due to the excitement ahead of Apple’s services focused event last week, which candidly was largely as expected given prior news leaks. Leading up to the event we saw iPad, Mac and AirPod refreshes, but the event itself focused on Apple Card, Apple News+ and AppleTV+. The one surprise was the announcement of a streaming gaming service, which like AppleTV+ will debut later this year.

As such while they are positives for the Services business, they will have little impact on the company’s bottom line near-term. That said, Canaccord Genuity upped its price target to $230 from $185 this week. The reality of the situation is that as much as we like content and Apple is looking to use it to make its devices and ecosystem even stickier with customers inside the Digital Lifestyle, in the near-term the primary driver of the company’s profits will continue to be the iPhone.

If you’re growing frustrated with this Thematic Leader, you are not alone. During the March quarter, DFRG shares fell roughly 10%, but the inter quarter swing was far greater than that. What’s weighing on the shares is lack of news on the company’s strategic review process. Per some reports, the company could be cleaved into two parts to different buyers, which if true would explain the pronounced timetable.

From a fundamental perspective, while overall restaurant traffic and other metrics fell in February according to data published by TDN2K, the bulk of that decline was at fast casual restaurants, to which we have no exposure. Digging into the data, we find  fine dining was the best-performing industry segment during February for same-store sales growth. While I like such confirming data, as I noted above the DFRG share price will continue to be driven by any and all strategic review developments. This will continue to be our point of focus for now.

Our plan is to hold DFRG as the takeout story evolves further, but as we have said previously, odds are we will use a deal- related pop in the stock to exit the position.

Universal Display should continue to shine

Universal Display (OLED) shares shined bright during the first quarter rising easily more than 50%. Yesterday, there thesis confirming reports for the adoption of light emitting diode display that will drive demand for Universal’s chemical and IP licensing businesses. Those reports centered on Apple (AAPL) shifting its entire production of iPhones to organic light-emitting diode displays in 2020.

These same reports also suggest Apple will have three different- size iPhones, measuring 5.42 inches, 6.06 inches 6.67 inches. While the varied iPhone sizing is new, we heard similar hints about the switch in display technology several months ago. We see this as follow up to that, which in our view increases the likelihood of this happening.

We’d also note the timing of these models and the display transition seem to coincide with the potential debut of a 5G iPhone. In light of the incremental RF chips the 5G model will contain, it makes sense that Apple would look to adopt this display technology for both as well as power savings.

While we like seeing our investment thesis confirmed here, I’d note that not only have OLED shares climbed substantially over the last three months, but the transition to all organic light-emitting diode displays at Apple, and most likely others, is several quarters out. We will continue to be long- term investors in OLED shares. However, given market conditions and the upcoming earning season we could see OLED shares give some of its gains back in the near-term. We’ll continue to focus on the long-term opportunity not only in the smartphone market but in automotive and eventually the general illumination market.