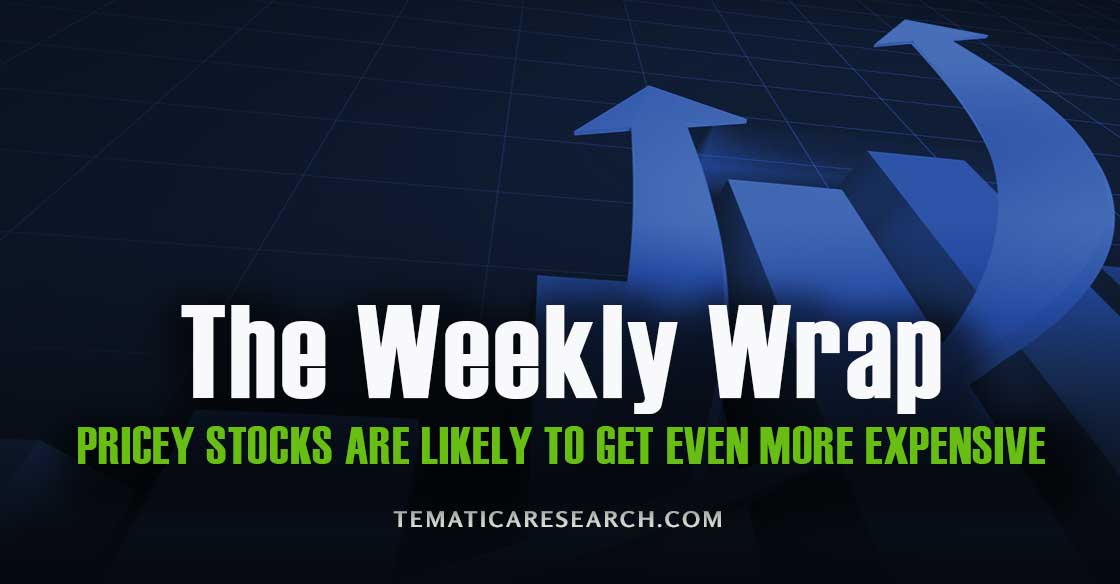 While September historically tends to be a rough-and-tumble month, we close it out with U.S. equity markets across all market caps reaching new highs, while volatility that has, well, it’s basically left the building. The kind of equity sector rotation that we’ve been seeing for most of the year has continued, which is another robust sign for a market that despite being richly priced, isn’t giving us signs that it intends to go on sale, (which we’ve discussed earlier here).

On the political front, this week’s tune was a repeat of what we’ve been listening to for months. The Senate has failed to bring forth the next version of Obamacare ‘repeal and replace.’ The Administration’s tax reform plan has yet to be finalized with sufficiently concrete details, nor has it identified just how to avoid accelerating the growth in federal debt in the face of meaningful tax cuts when coupled with a plan yet to be shared that will increase spending on infrastructure. That’s a tough one for the GOP to swallow and as they say, “The devil is in the details.” With such low presidential approval ratings, even a clear, concise plan anointed by the angels and God himself would be tough to get through, given the political climate in D.C. Rather than angels, we’ve got Senator Chuck Schumer anointing the plan as “a major disappointment.” That doesn’t bode well for getting Democrats on board.

The bond market this week saw a material move in longer-dated bond yields, with the 10-year Treasury note yield rising to the highest level since mid-July, up nearly 25 basis points in just three weeks to breach its 200-day moving average. For comparison, the U.S. 10-year sits around 2.34% while the Japanese 10-year (JGB) is a mere 0.057%. We’ll be keeping an eye on that 10-year to see if it breaks through the previous resistance level around 2.4%. We’ve been hearing more Hawkish tones out the Fed lately. After Federal Reserve Chair Janet Yellen’s speech on Tuesday, the market increased the probability of a rate hike by year-end from 70% to almost 75%. Her caution against, “moving too gradually” has helped boost the dollar, with the DXY finally busting through its 50-day moving average for the first time in nearly 6-months.

While Consumer Confidence this week was a mixed bag, which we wrote about here, this week’s report on housing was a definite downer. Pending Home Sales were down 2.6% in August, which was much weaker than expectations for a -0.5% decline. This leading indicator for the housing market has fallen now in five out of the past six months. It now sits at its lowest level since January 2016, with a year-over-year decline of -3.1%, supported by our Cash-Strapped Consumer investment theme as many folks are preferring to remodel or rent rather than trade up or buy.

On a much more positive note, the advance Manufacturers Sales, Orders and Inventories (aka “Durable Goods”) report from Wednesday came in well above expectations, with headline sales up 1.7%, versus expectations for 1%, following last week’s bruising drop of -6.8%. The gain was led by a 4.9% rising in Transportation, primarily from the Aircraft & Parts sub-component, which is quite volatile, so let’s not get overly excited just yet.

Removing this volatile bit, the numbers still look pretty good, with orders for computers and electronic products up 1.3%, after rising 2.4% in July. This number is a positive for productivity going forward which is a tailwind for economic growth – as we oft remind, the growth of an economy is the sum of the growth in the labor force and improvements in productivity. Given the sub 0.5% growth in the U.S. labor force, we love to see signs that productivity may improve.

The Richmond Fed Manufacturing Index rose to 19 in September from 14 in August versus expectations for a decline to 13, delivering the best level since February and supporting the improvement trend we saw in the NY Fed, Philly Fed and Dallas Fed regional indices. Great results, but we eye them with a bit of caution as dollar weakness likely contributed and that may now be reversing.

Some decidedly negative economic data this week came from the New Home Sales report for August, which fell 3.4% month-over-month after having already dropped 5.5% in July. New sales are now at their lowest level for 2017. Not to be a Debbie Downer here, but unfortunately, the weakness can’t be blamed on Mother Nature’s recent stormy tantrums either as every region was flat or down. New listings rose 3.7%, the sharpest increase in four years, which has driven inventories up to 6.1 months from 5.7 months.  The decline in sales coupled with an increase in new listings pushed the median price down 6.2% to right about where it started 2017.

The bottom line is the economy is a mixed bag with manufacturing showing some strength, (which has been helped by a weak dollar trend that may be reversing) and the weakness in the consumer side is what we’d expect at this late stage in the business cycle. That said, the market fundamentals such as breadth, as we discussed here, as well as index and sector movement trends show no signs of an imminent market pullback. These pricey stocks are likely to get even more expensive. 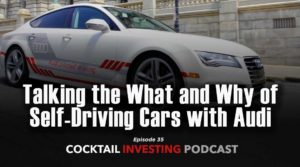 Episode 35 of Cocktail Investing with Brad Stertz of Audi

As you kick back over the weekend, we’d invite you to listen to our latest Cocktail Investing Podcast. In this episode, we’re joined by Brad Stertz of Audi’s Government Affairs team to discuss the evolution of the autonomous car and the far-ranging disruption that is likely to ensue across a number of industries and companies. Trust us when we say, it will blow your mind and change the way you think about why you have a car and how you use it.