Areas around the world where rising disposable incomes are driving demand for a host of products and services.

The middle-class is one of the primary engines behind consumption and domestic demand making it a key part of the domestic economic engine. And while the middle class is under pressure in the U.S. and other mature markets, according to data published by the Brookings Institute, the middle class is set to grow worldwide by 160 million people per year on average through 2030 and is expected to reach 3.2 billion by 2020 and then reach 4.9 billion by 2030. What is expected to unfold over the coming years is a significant shift in consumption dynamics that will favor the emerging economies like China, India, and larger Asia as well as Africa and several South American countries in the coming years. 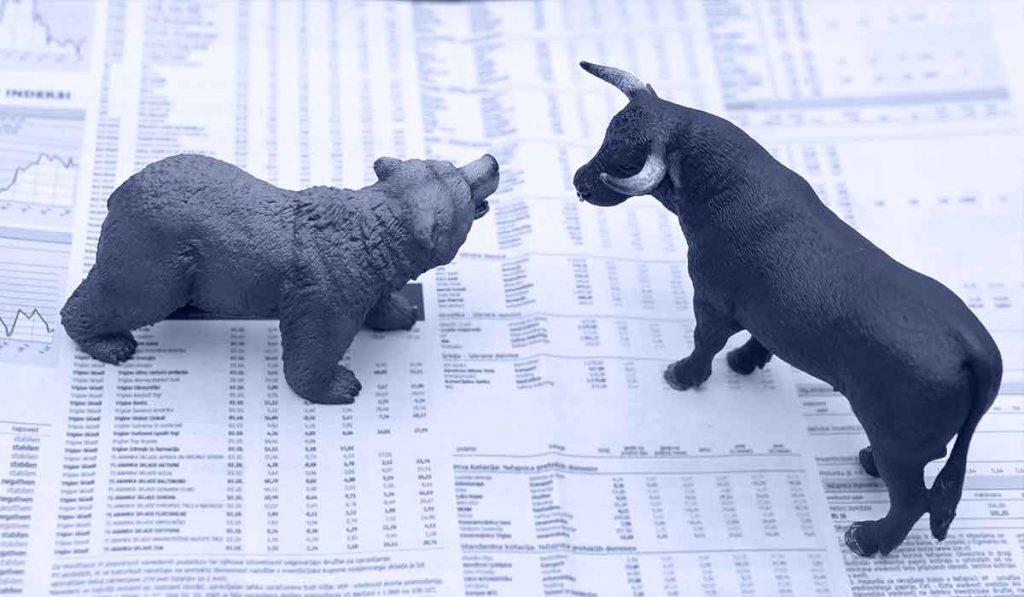 February 20, 2020
This Dividend Aristocrat Is Well on Its Way to a ‘Coronation’
Chris Versace, Chief Investment Officer

Recently I touched on the several new additions to the S&P Dow Jones Dividend Aristocrats, a group of S&P 500 constituents that have increased their dividends for at least 25 years. Now, I am circling back to the latest dividend payment from an existing Aristocrat: PepsiCo (PEP) . Widely known for its products that include Pepsi, Lays, […]

The main equity indices closed mostly in the green in Asia today after China cut its 1-year loan prime rate (LPR) by ten basis points and its 5-year by five basis points. This move comes after the People’s Bank of China had earlier cut the rate on $28.65 billion worth of 1-year medium-term lending facility […]

The major equity indices in Asia bounced back from their recent slides shrugging off a growing list of companies warning over the impact of the coronavirus as all but the Shanghai composite closed in the green today. By midday, the main European equity indices were also in the green and US equity futures point to […]

Last Friday we noted traders would likely take a cautious stance heading into the long weekend that saw US equity markets closed yesterday in observation of Presidents’ Day and we were correct in our thinking as stocks gave back most of their gains to finish the day little changed. That concern proved to be on […]

One of the time-tested strategies for investors is buying companies with an increasing dividend policy. To say it is one of the most loved and most watched strategies would be something of an understatement given the incremental income it generates for investors and the $6.7 billion in assets held by ProShares S&P 500 Dividend Aristocrats […] 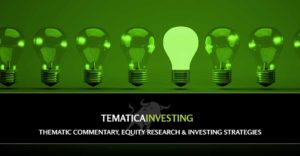 Financial Professionals and experienced Individual Investors that become members receive access to the Thematic Leaders List which includes the top stock in each theme, plus our top overall most thematically-positioned stock. Membership also includes the Tematica Select List which are additional trading ideas of stocks riding our 10 investment themes and regular on-going insights and commentary on the market from a thematic perspective.

Love may be the theme for today’s Valentine’s day, but the markets are mostly feeling, “I think I’ll just throw on my comfy sweats, grab a pint of ice cream and go for a Netflix marathon.” Or maybe that’s just us. Yesterday investors continued to reassess risk concerning COVID-19, leaving the major US indices little changed. […]

Stocks continued to shrug off concerns over the coronavirus and kicked into high-gear risk-on mode. The Nasdaq 100 and Nasdaq Composite both hit new all-time highs. The VIX dropped 10% yesterday alone and the yield on the US 10-year rose 7 basis points. Absent from the party were WTI crude, which fell another 1% to […]

Yesterday the major indices reversed a bit of the decline since fears over the coronavirus began. The Nasdaq 100 lead the major US indices, gaining 1.5%, the Nasdaq Composite 1.3%, the S&P 500 0.7% and the Dow 30 0.5% while the CBOE Volatility Index (VIX) lost 4.6%. The oil market continues to suffer with estimates that China’s oil […]

First off, after a nail biter of a game heading into half time, the Kansas City Chiefs dominated the fourth quarter to win Super Bowl LIV.  Before the game, the AFC and the NFC were tied for Super Bowl victories at 27 each. The last time both conferences had the same number of wins was […]

As we get ready to close the books on January, gains in equities earlier in the month have come under pressure as the coronavirus continues to expand. Earlier today China’s National Health Commission confirmed there have been 9,692 confirmed cases of the coronavirus, with 213 deaths, but reports suggest the virus has reached at least […]

What is Thematic Investing

Thematic investing looks to identify pain points by looking at the intersection of shifting economics, demographics, psychographics and technologies, mixed in with regulatory mandates and other forces. Such pain points result in a pronounced secular market shift that shapes and impacts behavior, forcing companies to make fundamental changes to their businesses to succeed.  Read More >>

What We Do at Tematica

Tematica Research provides equity research, economic insights, and investment ideas based upon its proprietary thematic perspective of the world and financial markets. The thematic discipline utilized by Tematica across its research and economic commentary, as well as its index and portfolio construction efforts, is the culmination of the more than 20 years Chief Investment Office Chris Versace spent analyzing industries and companies.  Read More >>