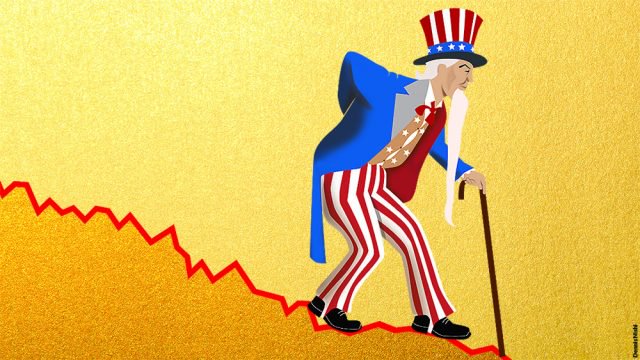 This morning an article in Investor’s Business Daily focused on one of our investing themes, the Aging of the Population and its impact on economic growth and certain sectors of the economy. Combining the headwind of a growing portion of the population moving into the sunset years with massive levels of student debt, the housing sector looks to have some serious headwinds in the coming years.

The recent level of mortgage purchase applications has recently hit a six-year low as we head towards the 98th month of this expansion. While the University of Michigan’s Consumer Sentiment survey reported today that the headline index rose to 97.6 versus expectations for 94 with sentiment amongst those of 55-years of age reaching the highest level since November of 2000, Homebuying Plans are at a 6-year low.

The graying of the U.S. population will have far-reaching consequences well beyond rising demand for earlier restaurant reservations!

Yet what some have called “secular stagnation” or “the new normal” is largely about America — along with much of the rich world — turning gray. Aging has cut 1.25 percentage points from both trend GDP growth and the neutral real interest rate in the U.S. since 1980, with most of that coming since the early 2000s, according to Federal Reserve researchers.

To put it into perspective,

In 20 years, the whole country will look like Florida — only older. Now 20% of Floridians are 65 and older vs. 15% for the country as a whole. Two decades from now, 21% of Americans will be seniors, according to Social Security Administration projections.

This has implications for the spending plans of politicians in that,

A decade ago, 3.3 workers paid into Social Security for every beneficiary. By 2037, that will fall to 2.1 workers. The situation is already far worse for local governments like Chicago, which has 47,000 retirees drawing pensions and only 34,000 current government workers (excluding Chicago Public Schools).

Those heading into retirement may find their nest egg isn’t quite what they’d been told to expect.

Despite an eight-year bull market, unfunded state and local pension liabilities have ballooned to an estimated $4 trillion.  Moody’s figures that the total value of benefits promised to current and future U.S. retirees but not paid for tops $23 trillion — bigger than gross domestic product. That includes unfunded promises for federal employees ($3.5 trillion), Social Security ($13.4 trillion) and Medicare’s Hospital Insurance program ($3.2 trillion).

The who, what, where and how much of spending in the coming decades in the country will look very different from in decades past.