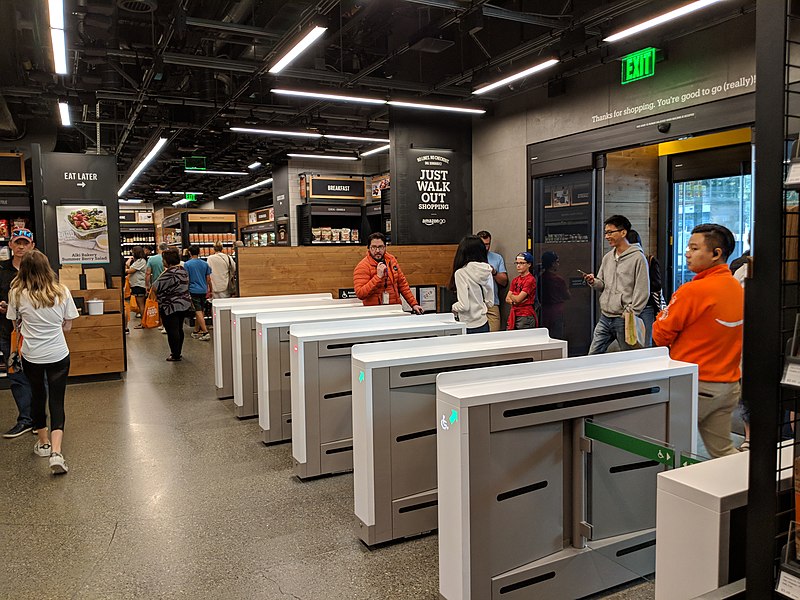 Several months ago we speculated Amazon would do more with the cashierless checkout technology that powers its handful of Amazon Go stores, and that now seems to be the case. We should expect Amazon to be tight-lipped per usual on what its plans are, but whether it means to keep the technology in-house at its Whole Foods Market, Amazon Bookstores and its Four-Star Store or license the technology to other retailers it’s likely to set off a wave of change that fits with our Disruptive Innovators investing theme. The risk of a competitive response or if Amazon does license the technology is low paying jobs, which would make widespread adoption of the tech a tailwind for our Middle-class Squeeze investing theme.

Amazon.com Inc.  is testing its cashierless checkout technology for bigger stores, according to people familiar with the matter. If successful, the strategy would further challenge brick-and-mortar retailers racing to make their businesses more convenient.

The online retail giant is experimenting with the technology in Seattle in a larger space formatted like a big store, the people said. The systems track what shoppers pick from shelves and charges them automatically when they leave a store. Although the technology functions well in its current small-store format, it is harder to use it in bigger spaces with higher ceilings and more products, one of the people said, meaning it could take time to roll out the systems at more larger stores.

It is unclear whether Amazon intends to use the technology for Whole Foods, although that is the most likely application if executives can make it work, according to the people. Amazon has previously said it has no plans to add the technology to Whole Foods.

The cashierless system is already in use at seven Amazon Go convenience stores in Seattle, Chicago and San Francisco. The company plans to build more of these small stores, according to one of the people familiar with the matter. Each is typically less than 2,500 square feet and sells a range of drinks, prepared foods and groceries.

Bigger Amazon Go stores would represent another threat to traditional grocers disrupted by the online retail giant’s rapid advance into food retail. Whole Foods, which Amazon acquired for roughly $13.5 billion in 2017, has since added grocery pickups and one-hour delivery. It also has lowered prices for Amazon’s Prime members.