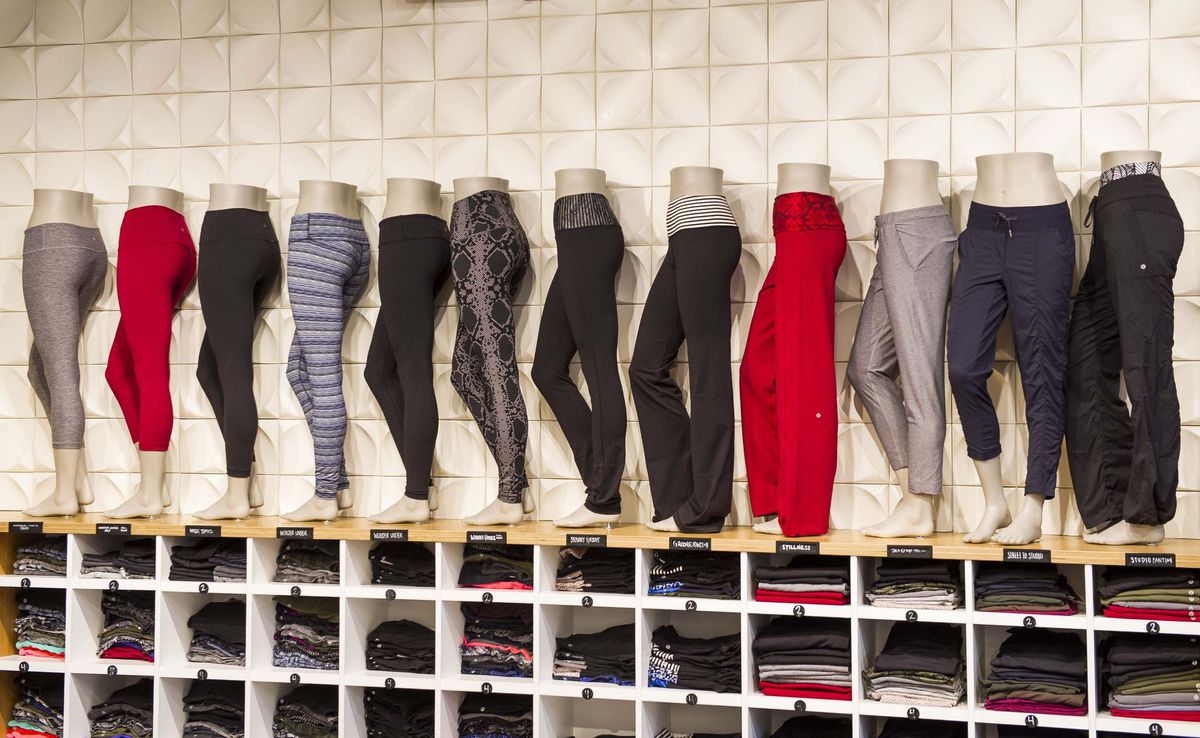 I’ve written a few times this week here and here about how disruptive technologies can upend industries, quickly tossing leading companies into the back of the pack. Given that it is Friday afternoon where I am in Genova, Italy and we’ve had a week of horrendous storms, I’m looking forward to a relaxing weekend that will see me spending a decent amount of time curled on the couch working through my required weekly reading. That brings me to the subject of this post, the disruptive technology of yoga pants.

Yoga pants? Seriously? Yep. I just read an article in Bloomberg entitled How America Became a Nation of Yoga Pants.

I personally think that all clothing ought to have at least some sort of stretch so yoga pants are right up my alley for everything from down dog to walking the dog to lounging when I’m dog tired and loving some doggone good wine. But I digress. How can yoga pants possibly reflect disruptive tech you ask? Bloomberg answers.

In 2014, teenagers began to prefer leggings over jeans. Then people started wearing athletic clothing (or athleisure, but it’s mostly just yoga pants) to run errands. Now they’re wearing yoga pants to the office. U.S. imports of women’s elastic knit pants last year surpassed those of jeans for the first time ever, according to the U.S. Census Bureau.

To be fair, this preference for “elastic knit pants” may have some correlation to the health challenges of the American public resulting in expanding waistbands. But part of the shift in preferences is also reflective of our Clean Living (focusing on living a healthier lifestyle) and Guilty Pleasures investing themes. If you’ve seen the price of Lululemon Athletica (LULU) clothing you understand the guilt.  Bloomberg reports that,

Yoga pants have similarly managed to plunge denim into an existential crisis, threatening Levi Strauss & Co. so deeply that it had to scramble to adapt. The company added stretch and contouring to its jeans while hoping to retain some of their rugged essence.

So where is the disruptive tech involved?

“Consumers expect a lot more,” said Sun Choe, chief product officer at Lululemon. “They’re washing their garments more and more, and from a quality standpoint, it needs to stand up. They’re expecting some versatility in their product. They expect to be able to wear that pant or tight to Whole Foods or brunch.”

Ok, so that doesn’t sound terribly impressive, but then there is this.

Now there are fabric labs, especially in the athletic-wear space. Lululemon’s research arm does motion-capture testing and uses pressure sensors that allow researchers to test how garments work as they move. The team can even test “hand feel” to help it figure out how to “engineer sensations” for that critical commercial moment when you feel the fabric for the first time, said Plante.

Those labs have a large customer base to impress.

What was once a simple stretchy legging, it seems, has become an engineering marvel. Not too surprising, though, when you realize that about $48 billion is being spent on activewear in the U.S. every year.

Those yoga pants account for a large portion of that spend.

Active bottoms and leggings are now a $1 billion industry, according to NPD Group analyst Marshal Cohen.

With a phenomenal range of available options.

These days, there are more than 11,000 kinds of yoga-specific pants available at retailers worldwide, according to data from retail research firm Edited, across both men’s and women’s apparel.

The bottom line is that no industry, business model or product is immune from the threat of disruptive technology.

Source: How America Became a Nation of Yoga Pants – Bloomberg