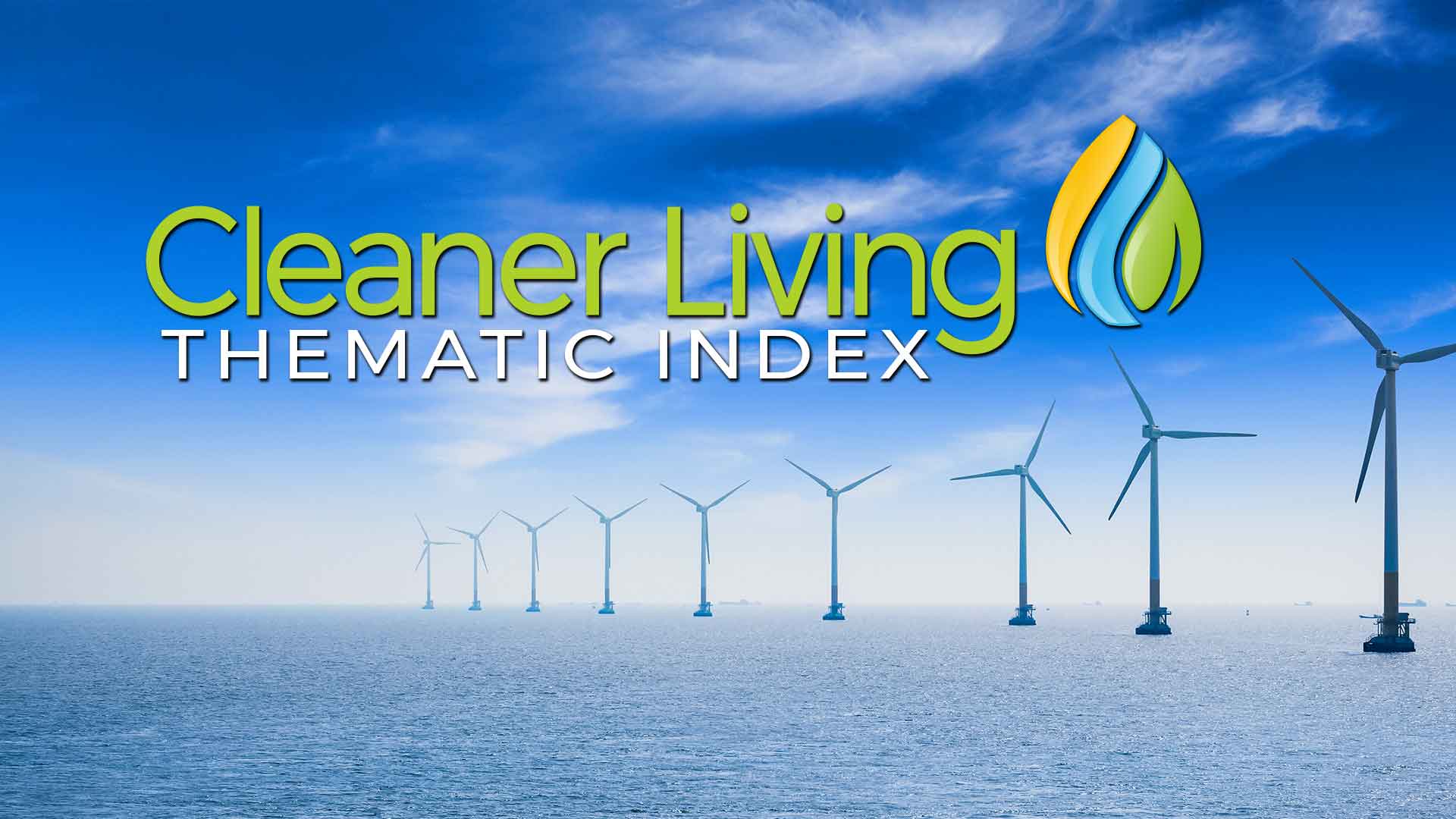 Last week we closed out the month of September, shutting the books on the third quarter and began the final quarter’s march toward the end of 2019. While US stocks rebounded in September, the quarter in full was still a mixed one, as evidenced by a 1.2% rise in both the S&P 500 and the Dow Jones Industrial Average, versus the Nasdaq Composite Index and the Russell 2000 index that each finished the third quarter in the red. By comparison, the Tematica Research Cleaner Living Index (CLRN) soared 5.1% during the September quarter following its 4.0% move higher just in the month of September. 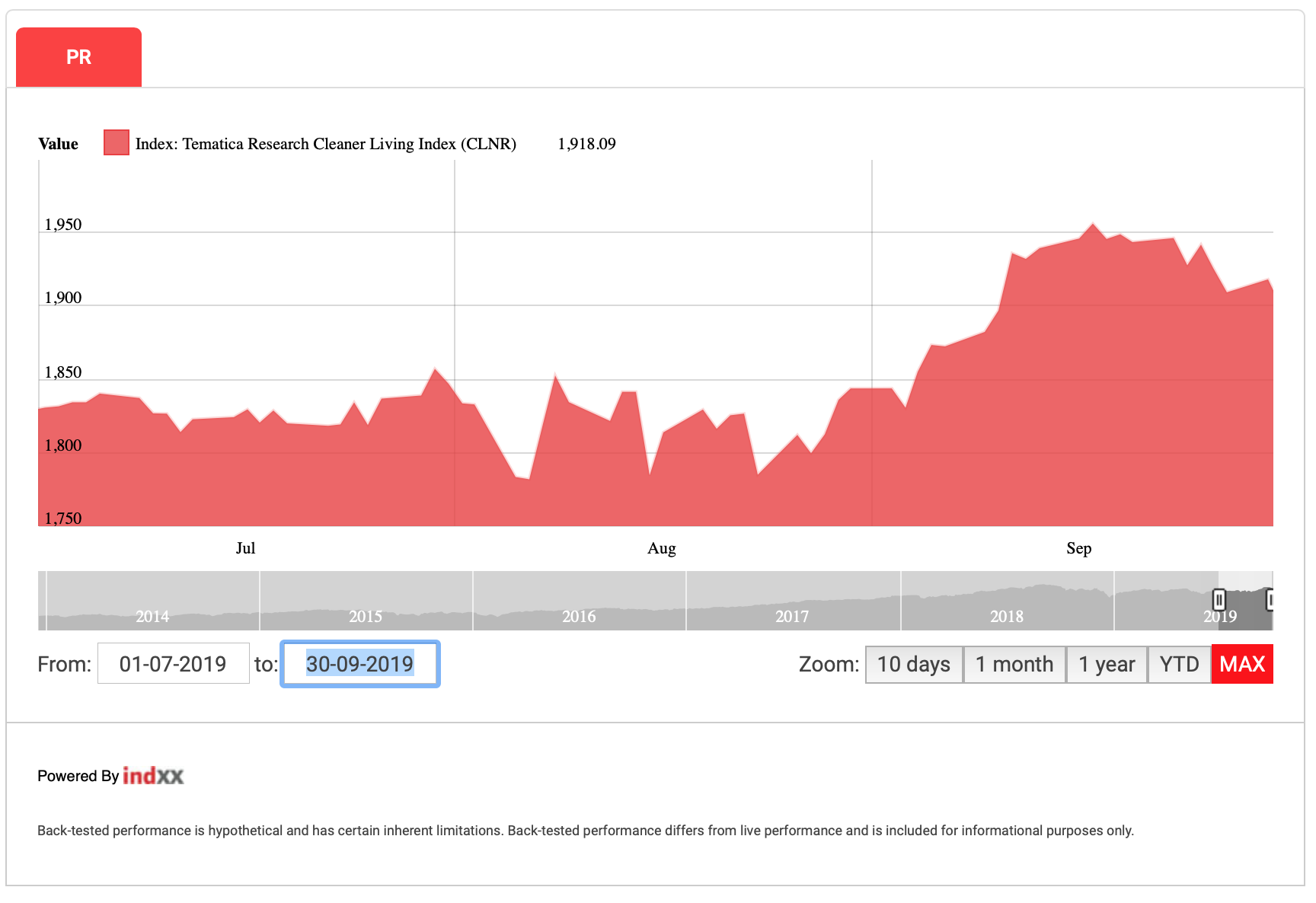 The Tematica Research Cleaner Living Index focuses on those companies poised to benefit from the growing demand for items that are better for you and the planet. The outperformance of the index during the last month of the quarter was led by double-digit moves in eight of the index’s 48 active constituents, including the more than 40% rebound in both Fresh Del Monte Produce (FDP) and Tenneco (TEN) shares, and the more than 24% climb in WW (WW) shares. The move in WW shares finished off a September quarter climb that totaled 95.5% in total, leaving them as the best performing constituent during the quarter. Rounding out the top three performers for the September quarter were Fresh Del Monte Produce, and SolarEdge Technologies (RUN), both of which climbed more than 30% during that 90-day period.

It will come as no surprise when we say the September quarter was filled with a lot of drama. It began with signs of the global economy slowing further, continued with more “two steps forward and one step back” on US-China trade talks, and ended with the impeachment inquiry winding through Washington that could stall any legislative efforts to be had by the current administration. More recently, September data published by ISM and IHS Markit have reignited global growth concerns, and the continued protests in Hong Kong have raised doubts over luxury good sales during the quarter.

All of this sets the stage for what is likely to be a tenuous, if not volatile, September quarter earnings season. Adding wood to that fire are recent earnings reports from FedEx (FDX), US Steel (X), HB Fuller (FUL), Actuant Corp. (ATU), and Landec (LNDC) that included weaker than expected guidance and we are also starting to see negative earnings pre-announcements like those from AXT Inc. (AXTI) and GoPro (GPRO) rear their head.

Taking all of those factors in full, we’ve seen year over year 2019 EPS expectations for the S&P 500 group of companies fall to just 1.8% currently, down from roughly 10% this time last year per data from FactSet. By comparison, the constituents for the Cleaner Living Index are expected to deliver EPS growth of 3.7% in 2019, led by Fresh Del Monte Produce, Brookfield Renewable Partners (BEP), Atlantica Yield (AY), Sanderson Farms (SAFM) and TerraForm Power (TERP).

We’ll also be watching with an eye toward 2020 as investors begin to focus on earnings growth prospects for the coming year and companies begin to gingerly share initial expectations that will shape 2020 forecasts. Based on current 2020 EPS expectations for the Cleaner Living Index constituents, in aggregate, the group is projected to deliver year over year EPS growth of 36.0%, far and above the 10.3% growth forecast for the S&P 500, again per FactSet data. Of the 48 Cleaner Living constituents, 2020 EPS expectations that are likely to have the greatest influence on year over year growth are Tesla (TSLA) and Freshpet (FRPT) as they go from generating bottom line losses to positive EPS as well as TPI Composites (TPIC) and NextEra Energy Partners (NEP).