A new report from Deloitte highlights one of the downsides of our Aging of the Population theme – the simple fact that economic growth is tied to the number of working-age people in a country’s population. Given prospects for a rising working population, India is widely expected to be the driver of global growth in the coming years while Japan, China, and the U.S. contend with a shrinking working age population. According to Gallup, worldwide 32% of working-age adults are employed full time, and that likely means global growth will be challenged in the coming years as that working-age population shrinks further.

A new report by Deloitte Insights, however, says that China will soon be playing second fiddle to India as the biggest driver of global growth.The report, entitled Ageing Tigers, hidden dragons, argues that there is a “third wave” of economic growth in Asia. 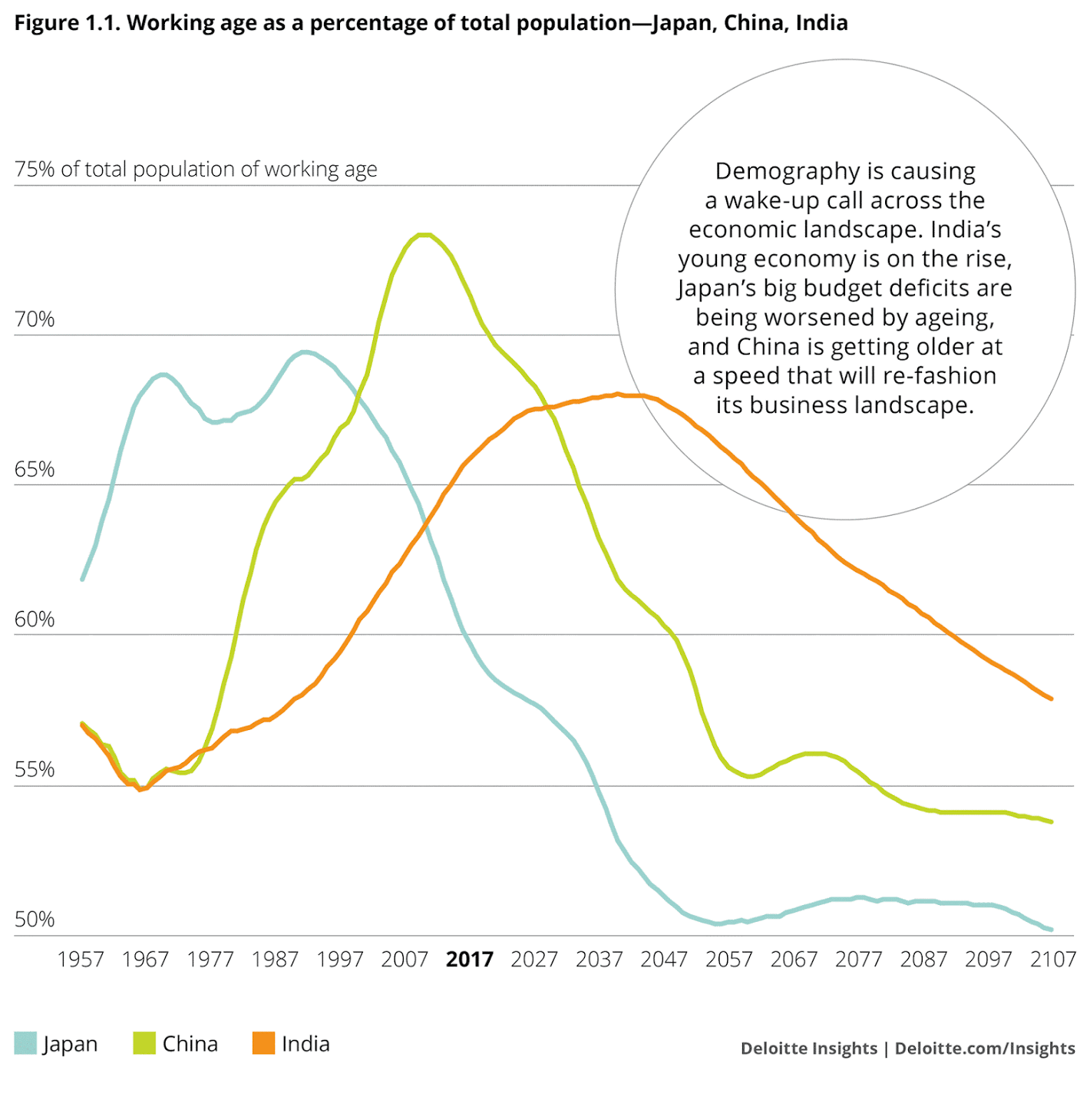 The first wave was led by Japan in the 1990s before China took over. But the Chinese-led second wave has already peaked, making way for a third wave driven by India.

The third wave will be mostly driven by a massive increase in workers. Over the next decade, India’s working-age population will rise by 115 million. This is more than half of the 225 million expected across Asia as a whole.

Within two decades, India’s potential workforce will rise to 1.08 billion.

But it’s not just an increase in workers that will help propel the Indian economy. The new workers will be “much better trained and educated than the existing Indian workforce”, says Deloitte.

Meanwhile, Japan’s working-age population will shrink by more than 5 million, and China’s by 21 million, over the next 10 years.

In fact, India’s working population will soon outstrip China’s. While China’s population is already ageing, this won’t happen in India until halfway through the century.

As a result, China won’t feel the full benefit of its years of economic growth. “This is yet to seep into the consciousness of most of the world, which still regards China simply as a country with an extremely large population,” states Deloitte.

Source: China will grow old before it gets rich. | World Economic Forum