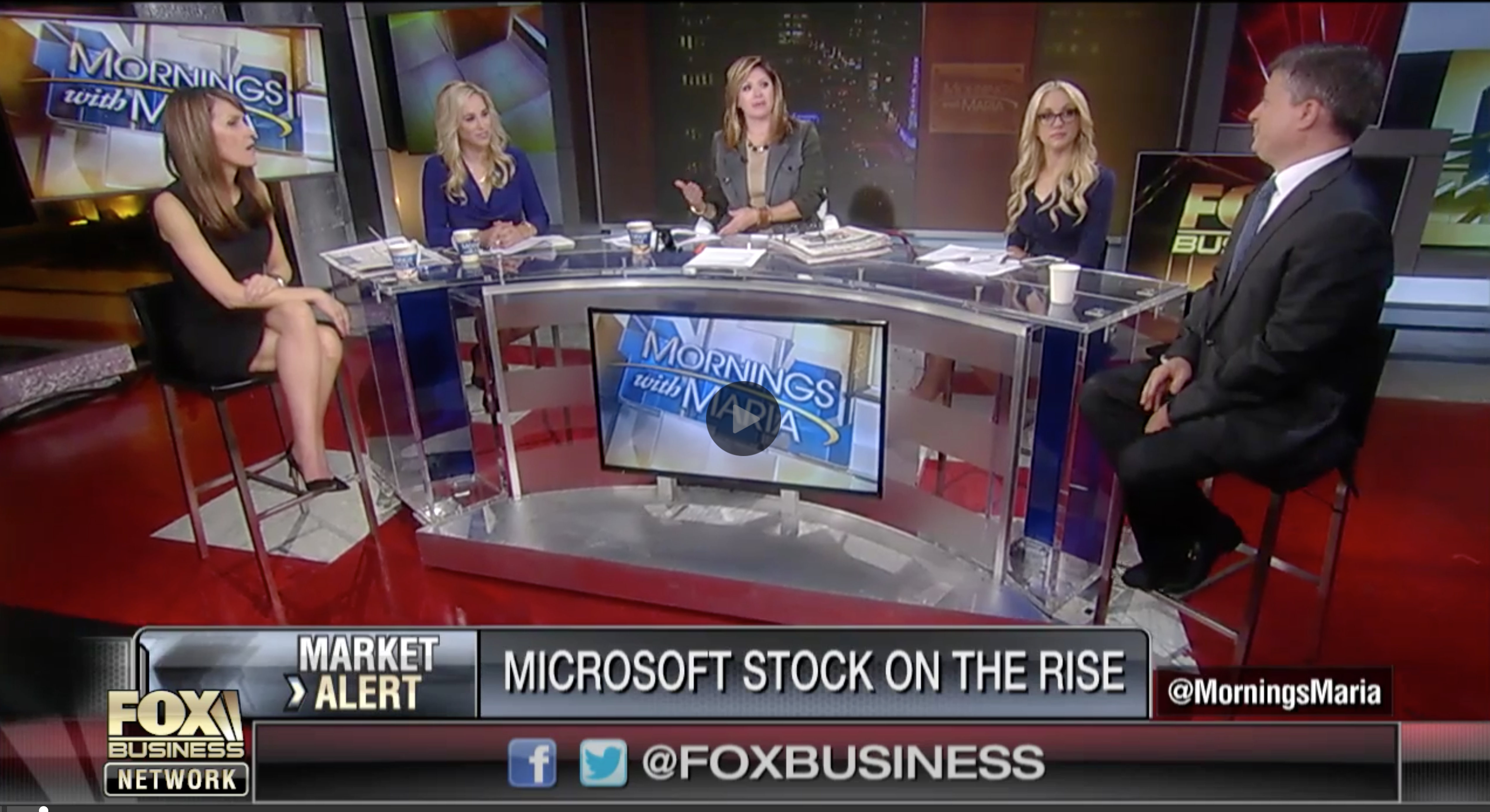 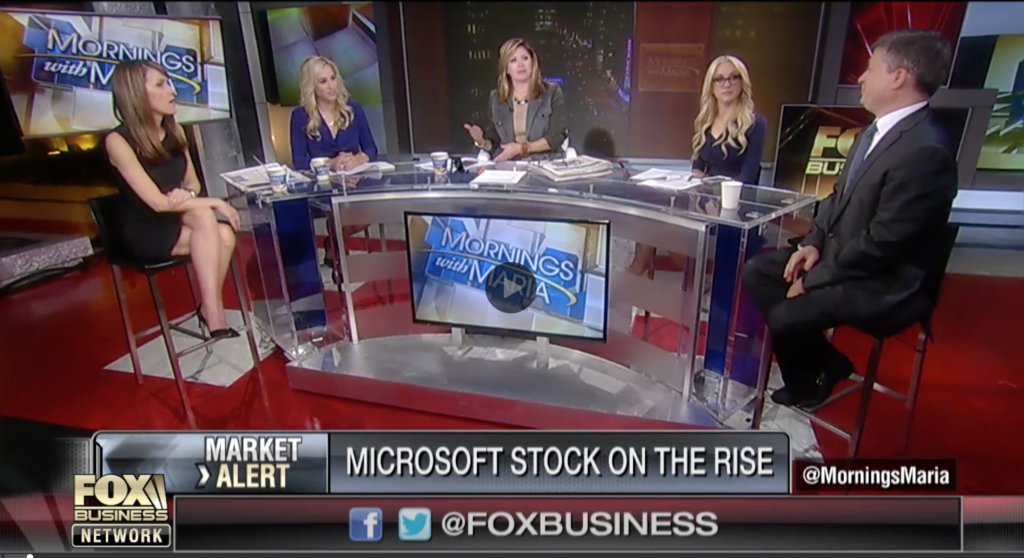 On February 18th I spoke with Donald Trump’s son, Eric Trump, about his father’s tax plan while I was on Mornings with Maria.

One of the problems with Trump’s plan is that more than 50% of all households won’t pay any federal income taxes. That means that essentially over 50% of all voters won’t be taxed on the benefits and spending plans they support! That is one hell of a great way to ensure that federal spending continues to expand.

All politicians have to compete for voters. Those that promise more goodies are more likely to get votes, that’s why politicians promise goodies. The only thing that places a check on the promised goodies is the reality that those voting for the goodies will have to pay for them. If more than 50% don’t have to pay for the goodies, why not vote for them? Thus those that promise the most are more likely to get the votes, leading to an escalation in goody offerings by those on the campaign trail.

The U.S. is already facing a looming crisis from promised social security and medicare payments that it simply will not be able to afford with a reasonable level of taxation on the private sector, we certainly do not need to exacerbate this trend.

A few days before the South Carolina primaries, while on Mornings with Maria, I had the privilege of speaking with Newt Gingrich concerning Election 2016 and what are the root causes of the U.S. economic malaise.

While on Mornings with Maria, we talked about the agreement between members of OPEC and Saudi Arabia to freeze oil production at January 2016 levels.

First off, I am highly skeptical that this freeze will stick. Historically any cuts, and this isn’t even a cut, have been rather notoriously violated, with quite a few such “cut” announcements necessary to get anywhere near stability in oil prices.

With the proxy war between Saudi Arabia and Russian ongoing in Syria and OPEC’s understandable desire to significantly knock back production by frackers, coupled with Iran’s new ability to sell on the global markets, there are entirely too many reason to keep pumping. I suspect we won’t see much stability in prices until a materially amount of production capacity is taken offline with the associated defaults and bankruptcies.

On February 16th, I was on Maria Bartiromo’s show on Fox Business and spoke with PNC Wealth Management Chief Investment Strategist Bill Stone on the state of the markets.

We are in relatively unchartered territory with a roughly $9.5 trillion USD carry trade being unwound and enormous over-investment in commodity/oil production, driven in no small part by expansionary monetary policies in the U.S., Europe and Japan.

Crashing oil prices are pushing the majority of sovereign wealth funds into being sellers of assets in order to make up for budget shortfalls.

Individual investors are reasonably nervous about stocks…who is left to buy?

On February 15th I appeared on Mornings with Maria Bartiromo, discussing everything from the Fed’s rate hike, to oil prices to the upcoming GOP Debate. The United States has suffered greatly from the level of contentiousness in DC. Whoever serves in the Oval Office next, whether they be Democrat or Republican, the country will be far better off if they treat the other side with respect and seek to find common ground upon which to build legislation. Whether you like the Affordable Care Act or not, it will continue to face serious attacks because it was enacted without a single vote from the Republicans. It would be easy to simply claim that the reason is Republicans all hate Obama and refuse to enact any of his legislation, but the facts deny that assertion as Republicans have in fact gone along with the President on a variety of positions.

No one has or ever will lead a group of people who completely agree with every position the leader takes. A leader will always face those who oppose their views, and thank God for that! Respectful disagreements can lead to much better solutions – this is something every CEO knows. Those companies whose leadership is never challenged,  are doomed to failure. Only through rigorous debate and critical analysis can the solution to any problem be thoughtfully assessed. A wise leader welcomes such pushback and sets the tone for civil debate. Neither the leadership on the left nor the right have done much to foster a productive environment, instead engaging in emotional appeals to their constituents rather than thoughtful engaging with the opposing side.

As we get to know those who want the incredible honor of serving the country from the Oval Office, keep this in mind; great leaders know the value of disagreement and use it to strengthen their solutions. Great leaders set the tone for respectful disagreement and earn respect from both those whose ideology is aligned with theirs and those who differ. Throughout American history we’ve had Presidents from both the left and the right who have been able to accomplish this and the country was better for it.

With the Fed rate hike decision looming, on December 15th I had the great pleasure of being on Mornings with Maria (Bartiromo) for the entire three hours of her show. She is one incredibly talented and elegant woman, not to mention my new level of respect for being able to sit on set for three hours straight, starting at 6am. That meant being at the studio by 5:15am, which naturally demanded plenty of coffee; a beverage choice I came to understand as a serious oversight around the 1 hour 45 minute mark!

With the Fed’s decision and a rate hike hitting the markets the next day, there’s was plenty to discuss concerning the wisdom of to hike, or not to hike.  There are signs of the economy weakening, with many indicators at levels not seen outside a recession: 3 month moving average for retail sales, Durable Good orders, and manufacturing is in contraction.

All that being said, with how much the Fed has been talking up a hike, we’ve hit the point where the Fed must act or lose enormous credibility.