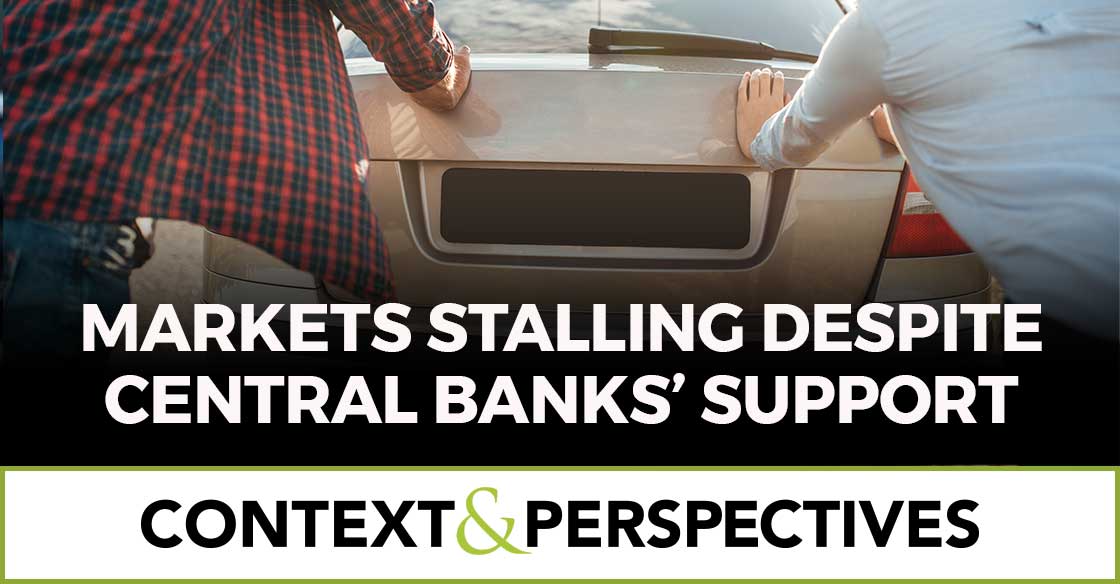 The early equity market strength in 2019 has many on financial television claiming we are off to the races yet again (shock) but taking a step back and looking at both the internals of the markets and the longer-term economic and geopolitical trends, we see more signs of weakness and rising risks.

While the early part of 2019 the markets were going like gangbusters after the worst December in decades, the markets have been directionless in recent weeks. 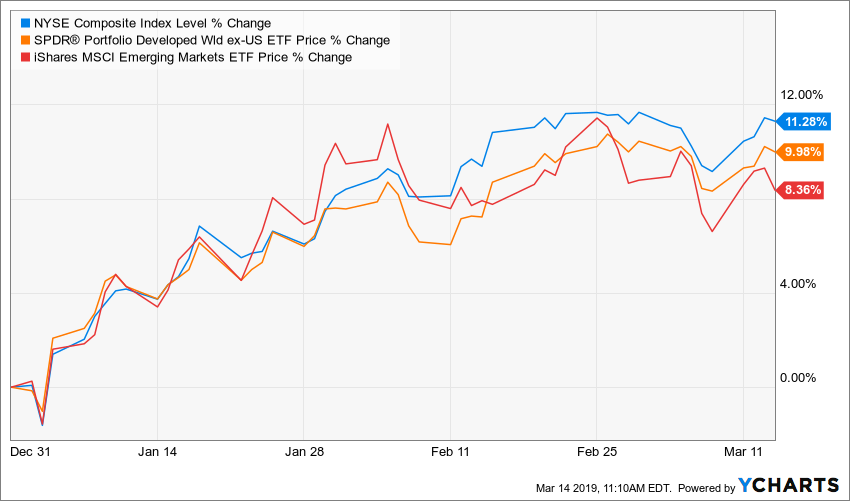 For all the talk of an ongoing bull market that the prior chart would support, the total return for the index is basically flat since late January 2018 – nearly 14 months of nada. Not quite so exciting for the long-term investor when you take a step back even though the ups and downs have offered traders short-term opportunities. 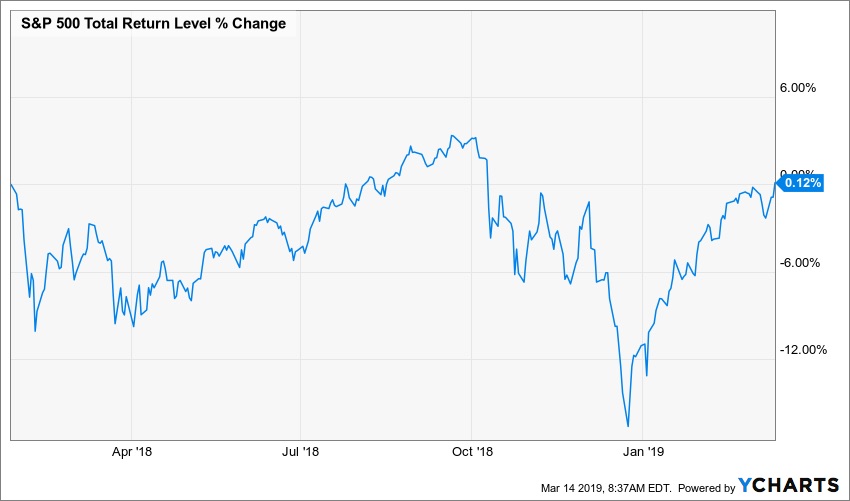 During that same time, the yield on the 10-year US Treasury has fallen, after having risen to over 3.2% last November. Today it sits a mere 10 basis points above the high end of the Federal Reserve’s target Fed Funds rate, which means the bond market is pricing in negligible economic growth. That’s a cue for the Atlanta Fed GDPNow forecast for the current quarter that clocks in at all of 0.4%, well below the 1.4% consensus tallied by The Wall Street Journal. The 10-year Treasury yield is near its 2019 low while the S&P 500 hits a 2019 high – that ought to have your attention. 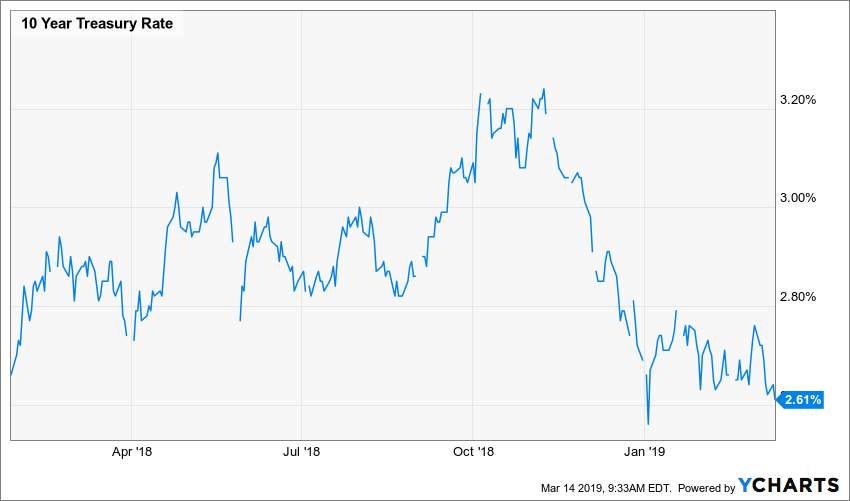 The biggest driver for equity markets lately has been expectations around the Federal Reserve’s next steps and the push-pull on a US-China trade deal. Rather than being in the midst of a rate hike cycle, as was the case towards the end of last year, the Fed funds futures market is pricing in 25% odds of a rate cut by year’s end versus just 7% odds a month ago. A very different outlook compared to this time last year, and one that suggests the market is increasingly concerned about the speed of the economy and the rising risk of the next recession.

The Russell 2000, a small cap index, whose constituent’s revenues are more domestically driven than the S&P 500 also reflects the markets low expectations for economic growth as the index remains nearly 11% below its August 2018 high and sits about where it was at the end of November of 2017. The message here is don’t be lulled into a false sense of security given the near 15% increase in that index thus far in 2019. 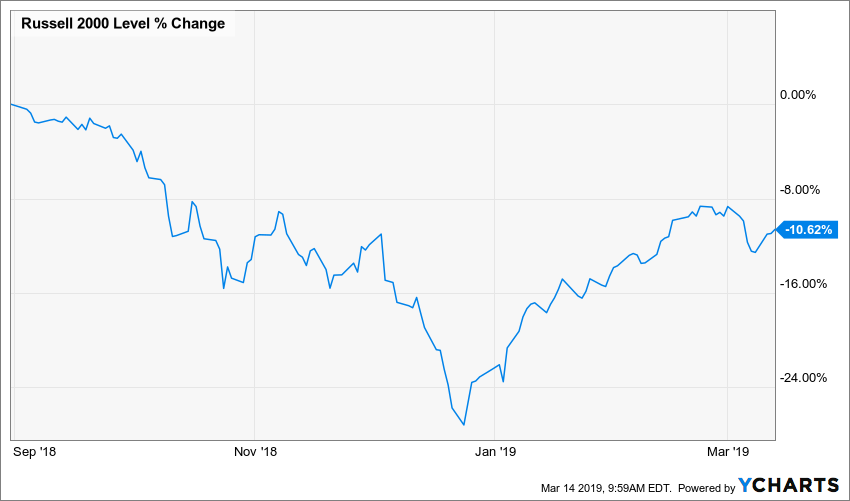 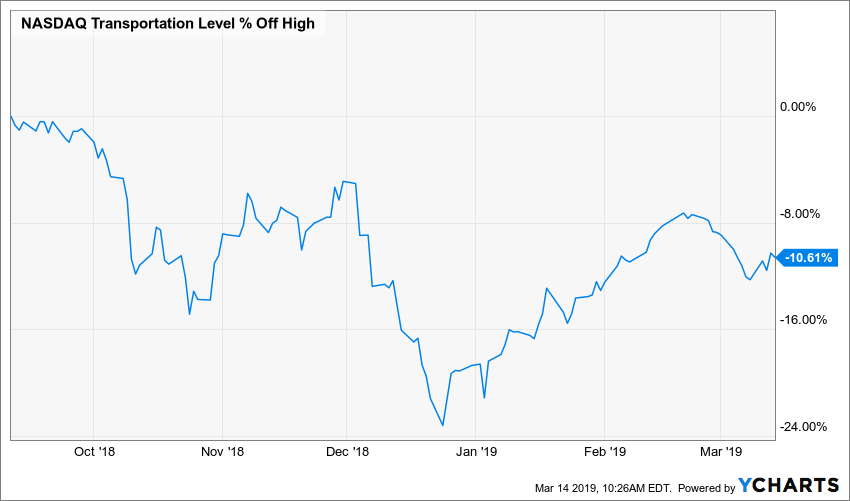 In this time of political polarization across much of the developed world, from riots in Paris to efforts to secede in Spain, I think there is one thing we can all agree upon – the UK’s Prime Minister Theresa May is having a bad year. Much of the developed world is facing a rise of populism, driven by the forces behind our Middle-Class Squeeze investment theme, as the countless promises political leaders have been making for decades are not being fulfilled and people, particularly those mounting financial pressures, are angry. In the UK that manifested itself in a desire for more autonomy with a side helping of anti-immigrant nationalism.

After Mrs. May suffered a record-breaking 230-margin rejection of her Brexit deal in January, she endured yet another defeat this week by a margin of 149 votes in the House of Commons. The uncertainty around Brexit has never been higher.

Confused by it all? You aren’t alone as I’m pretty sure many members of Parliament are as well! Here is the short(ish) version of what it all means.

The deal Mrs. May has worked out with the European Union has been utterly rejected and on March 13th Parliament voted that it will not exit the European Union without an agreement. So, they won’t agree to her deal – the only deal on the table – nor will they leave without some sort of deal. Eh? What this means is that now the UK has to go back to the EU leadership and ask for an extension to Article 50, the formal exit process which set the deadline for March 29.

EU leadership has indicated that they aren’t terribly excited about granting an extension if there is no clear reason to believe that an extension will actually be useful. If the same folks are just going to make the same arguments with the same non-negotiables, then what’s the point? Does your head hurt like mine?

Anything is possible now from a hard-Brexit in which the UK is forced to exit the EU under Article 50 without any deal because the EU won’t grant an extension to an extension that leads to a new referendum that results in the UK remaining in the EU.

The bottom line is that the market has absolutely no idea how to price in anything about this mess. Depending on what happens in the next few days, the markets could get suddenly quite volatile as we get closer to that deadline without any resolution.

Last week the European Central Bank cuts its guess estimate for 2019 GDP growth to 1.1% from 1.7% with ECB President Mario Draghi shifting towards easier monetary policy by reviving the “Targeted Longer-Term Refinancing Operations,” which is a lending program with favorable interest rates that props up the weak and weakening banking system  supports liquidity in the region. In a testament to his own genius, Draghi stated that negative rates “have been very successful for the ECB and were a powerful instrument in fostering a recovery.” For a discussion on just how destructive helpful this policy has been in the region, listen to this Tematica’s Cocktail Investing podcast late last year to hear boots on the ground stories of the havoc stimulus these policies provide.

On the plus side, Eurozone Industrial Production surprised to the upside at 1.4% versus 1% with the Citibank Economic Surprise Index for the region showing signs of improvement after having been in negative territory for over two years with the exception of a brief foray above zero in the August/September period in 2018.

Forecasts for US growth in the first quarter from the Atlanta Fed have ranged from 0.2% to 0.5% during the month to sit at 0.4% as of March 13th. The range of estimates from the Blue Chip survey is between slightly over 2% to 0.7%.

The stalling out trade talks with China provide an additional headwind to a domestic economy that is already forced to contend with weakening global growth.

The utter mess of Brexit provides even more headwinds.

Taking a step back to look at the world’s major economies, if we look at the US, Canada, Brazil, Italy, Germany, the UK, France, India, China, and Japan, 9 out of those 10 were experiencing growth in the last quarter of 2018. The one exception being Italy. The problem is that growth was weaker than the prior year. The only country that saw acceleration was the US, and the tailwinds for that are fading.

A full 8 of the 10 experienced slower real year-over-year GDP last quarter and Italy is in official recession territory. In Canada final domestic demand has fallen for two consecutive quarters – the last time we saw this the Bank of Canada cut rates twice for the year.

How long can the US fight off the slowing of the rest of the world?

Labor Market – Should We Worry?

Payroll reports in February reverse the January contradiction which we discussed in this prior issue of Context and Perspectives. In January the Payroll report was quite strong while the Household Survey was weak – for February the two reversed rolls and we saw some obvious impacts from weather and the end of the government shutdown. Taking a step back we get a broader, longer-term picture of the two. Of the 255k added to the Household survey payrolls in January, 90% held just a high-school education. In February that 255k gain reversed to a 251k loss. On a bright note, those working part-time for economic reasons fell 837k, the single biggest decline in that metric since January 1994 – great! But then on the downside, the 25-54 years-old cohort has seen its payroll ranks decline by 52k in the past four months – not so great.

While the February headline payroll number saw just a gain of 20k versus expectations for 180k – the weakest gain since September 2017 – January’s numbers were revised up from 304k to 311k and December’s were also revised up from 222k to 227k. Those are solid numbers. But then (you knew this was coming, right?) aggregate hours worked decline -0.3% in February to the lowest level in 3 months. Rising hours worked indicate future payroll growth while falling hours, not so much.

Overall the labor market looks like growth has been or is topping out. Employers are feeling the pressure, which isn’t necessarily a good thing for households as Jonathan Pain points out on Twitter.

Since 1972 each time the NFIB cost of labor single most important problem is at 8 or above the U.S economy goes into recession 12-18 months later. Currently at 10 and 1st touched 8 in March 2018…clock is ticking@SoberLook @EconguyRosie @jessefelder @ttmygh @johnauthers pic.twitter.com/Ckj3hH4G9V

Wage growth in February hit 3.4% year-over-year in February, which means pressure on corporate margins, but that isn’t the only thing pressuring margins. A recent OECD report revealed that over $4 trillion in non-financial corporate debt will be rolling over in the next three years out of the total $13 trillion outstanding (31%). Net issuance of non-financial corporate debt fell to the lowest volume since 20008 and the net issuance of non-investment grade turned negative in 2018. The only other time this has happened in the past 20 years was in 2000. The overall share of BBB rated bonds has reached 54%, the highest ever on record going back to 1980.

So, what does that all mean? That at a point of slowing global growth, companies are facing higher labor costs and are having to roll over some 31% of total outstanding debt in the next few years at higher rates – further pressuring margins.

The bottom line is the prevailing narrative is that the recent “soft patch” of economic data is temporary and that what really matters to the economy and the markets is the Federal Reserve. While the S&P 500 has pushed through 2,800 again (just barely) the first time it did so in early 2018 one quarter of the stocks in the index were making new 52-week highs. Today less than 9% are in that territory. Back then the average S&P 500 stock was 5% below its high. Today it is 14% below.

Not convinced? Last week’s Fed Beige Book reported that Broadway ticket prices, one of the most reliable leading indicators, “were down 5-6 percent from a year earlier.” The last time a drop of this magnitude happened was December 2007 when “Average ticket prices for Broadway shows rose less than usual this past December and were down more than 5 percent from a year earlier.”

Still thinking this is a temporary patch of weakness? How about the Federal Reserve’s Lael Brainard speech on March 7th which she concluded with, “The most likely path for the economy appears to have softened against a backdrop of greater downside risks.”

To paraphrase Eric Clapton, not even Lael will ease my worried mind.