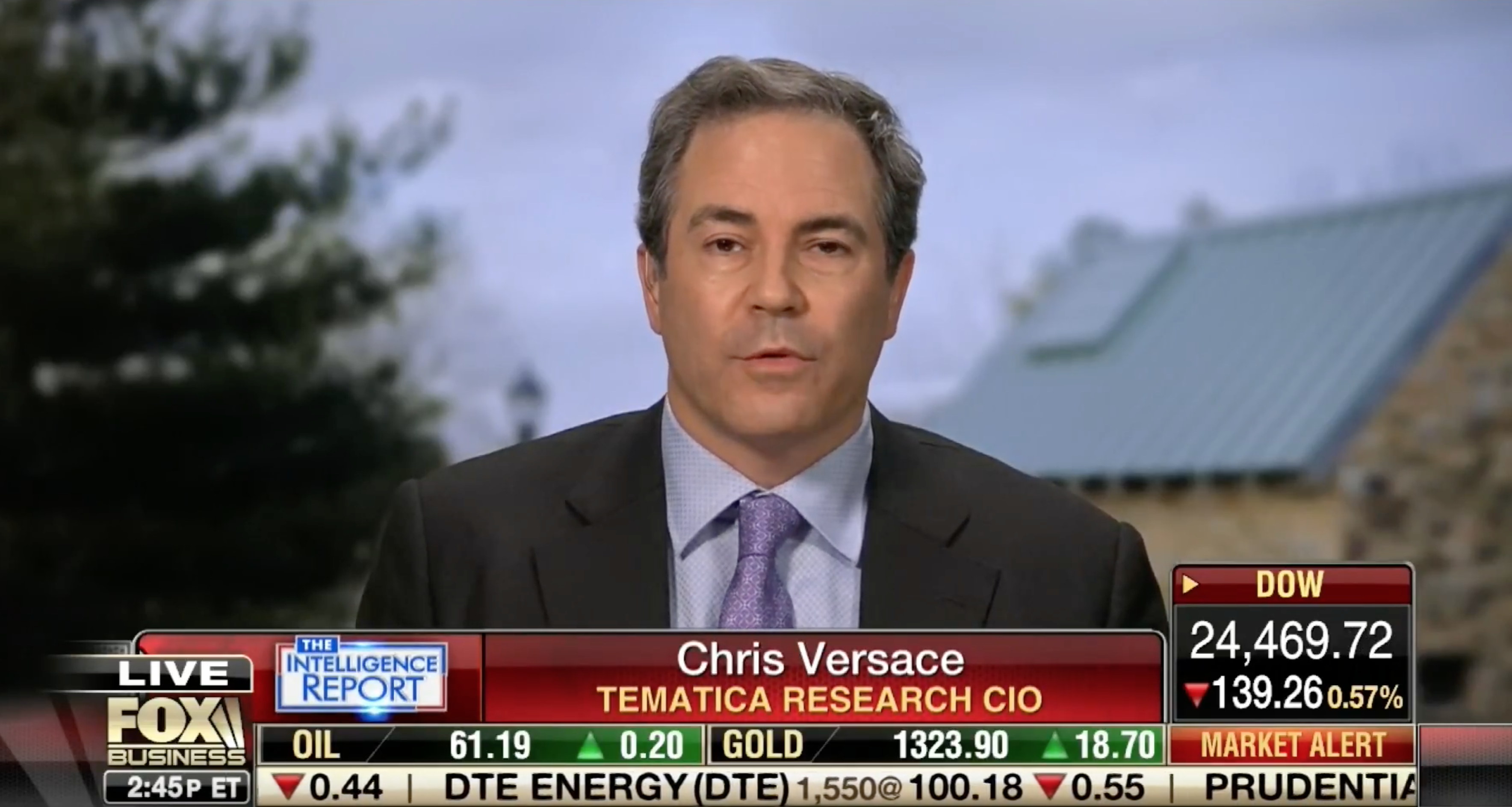 After a whipsaw trading week, as we enter the new week I am pondering all the implications of President Trump’s Tariff talk. As Tematica’s Chief Macro Strategist, Lenore Hawkins, discussed in last week’s Weekly Wrap the markets were blindsided last Thursday when President Trump announced that the U.S. will implement a 25% import tariff on steel and 10% tariff on aluminum. Over the weekend, in response to any retaliation from the EU, Trump tweeted a countermove.

If the E.U. wants to further increase their already massive tariffs and barriers on U.S. companies doing business there, we will simply apply a Tax on their Cars which freely pour into the U.S. They make it impossible for our cars (and more) to sell there. Big trade imbalance!

The President’s fresh injection of uncertainty led equities to sell off again this Monday morning as investors and talking heads alike chewed on potential implications to be had.

On Fox Business’s The Intelligence Report with Trish Regan last Friday afternoon— you can watch that video —I shared my view that we have to question whether President Trump will go ahead with these proposed tariffs or is it a negotiating tactic at a time when NAFTA negotiations remain underway? We’ve seen the president pull this tactic from his book, Art of the Deal, several times over the last year and given the potential consequence of a trade war to the domestic economy as well as the stock market, my opinion is we can’t rule this possibility out.

While it’s true that Trump escalated things over the weekend in a tweet saying, “If the E.U. wants to further increase their already massive tariffs and barriers on U.S. companies doing business there, we will simply apply a Tax on their Cars which freely pour into the U.S. They make it impossible for our cars (and more) to sell there. Big trade imbalance!” his policy management by tweet returned to his view on how unfair U.S. trade deals are with Mexico and other countries. “Tariffs on Steel and Aluminum will only come off if new & fair NAFTA agreement is signed,” Trump tweeted. As a reminder, during the presidential campaign, Trump promised to renegotiate NAFTA with Canada and Mexico.

We have large trade deficits with Mexico and Canada. NAFTA, which is under renegotiation right now, has been a bad deal for U.S.A. Massive relocation of companies & jobs. Tariffs on Steel and Aluminum will only come off if new & fair NAFTA agreement is signed. Also, Canada must..

…treat our farmers much better. Highly restrictive. Mexico must do much more on stopping drugs from pouring into the U.S. They have not done what needs to be done. Millions of people addicted and dying.

Already over the weekend and this morning have seen several Trump lieutenants make the rounds, including White House trade adviser Peter Navarro saying on CNN that “There will be an exemption procedure for particular cases where we need to have exemptions so that business can move forward.”

We’ll have to wait for the next two weeks to pass to see if this is indeed a Trump bluff, but with the U.S. economy, corporate profits and global stock markets all hanging in the balance, it is one massive game of chicken. While there may be a better trade deal to be gained by utilizing this now near playbook-esque negotiating tactic, it will also escalate the geopolitical landscape. If other countries don’t blink, we are likely to see some geopolitical issues weigh on a stock market that is already trading data point to data point ahead of the Fed’s next monetary policy meeting results. It’s going to be a long set of days until March 21st.

Tomorrow, I’ll game out the possible implications of these trade tariffs and what it may mean for the economy, businesses and their stock prices and Trump. Read that post now by clicking here.