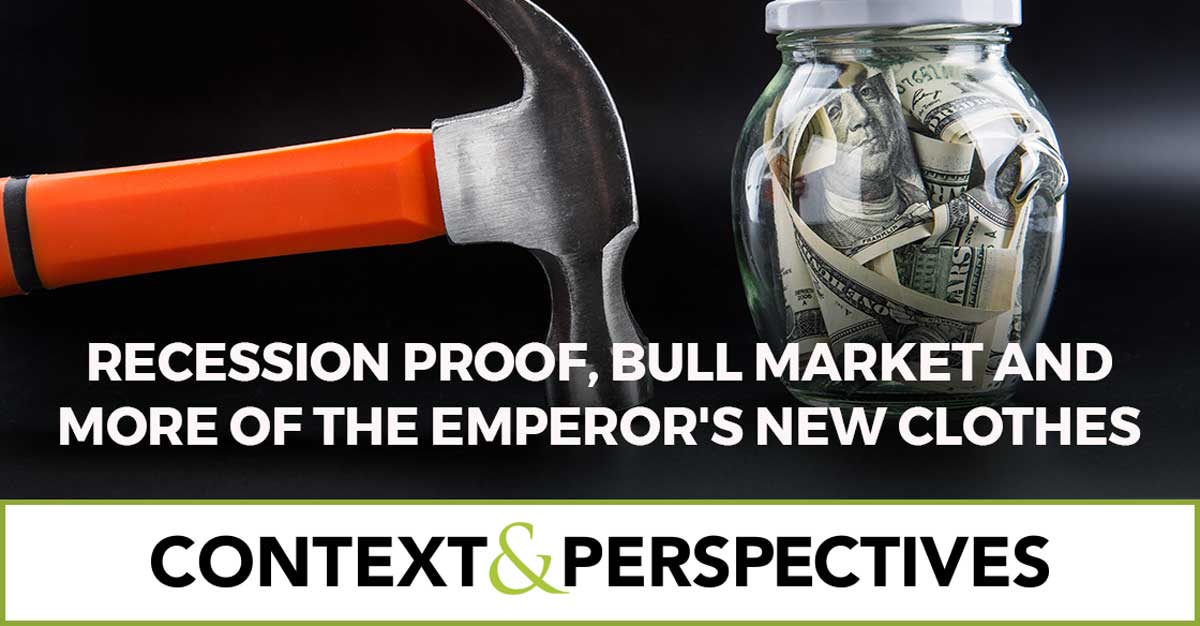 This week the markets have been all about the on again/off again trade talks between the US and China and the latest updates from the Tweeter-in-Chief. The Volatility Index (VIX) is reaching a four-month high, which is seriously hurting all those who helped build up the record net short position on VIX futures during the last week of April.

The headlines are now asking, is this going to break this ever-so-fabulous bull market despite the booming economy. Bull market? Robust economy? These days I feel an awful lot like one of the few that see the emperor in fact does not have new clothes.

The NYSE Composite Index which is a much broader market metric than the S&P 500 is up all of 1% over the past year as of Wednesday’s close and has not made a new high in almost eight months while the small-cap Russell 2000 was down 1.3%. Yes, the S&P 500 was up 6.7% and the Dow Jones Industrial Average up 5.8%, but the iShares 20+ Year Treasury Bond ETF (TLT) was up 5.5% and the iShares 7-10 Year Treasury Bond ETF (IEF) was up 4.7%. When a longer-term bond ETF is outpacing the overall equity market by a material margin like that, we are not in a massive equity bull market. 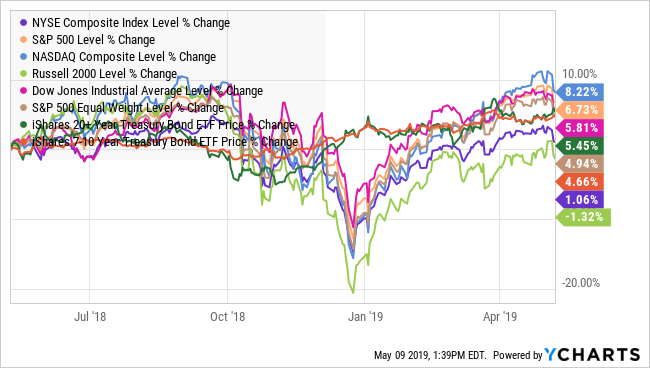 When the Utility sector has outperformed the Transport sector by nearly 14% over the past year, I’m not thinking the Bulls are stomping on the Bears nor is it telling me that Mr. Market thinks the overall economy is going like gangbusters. 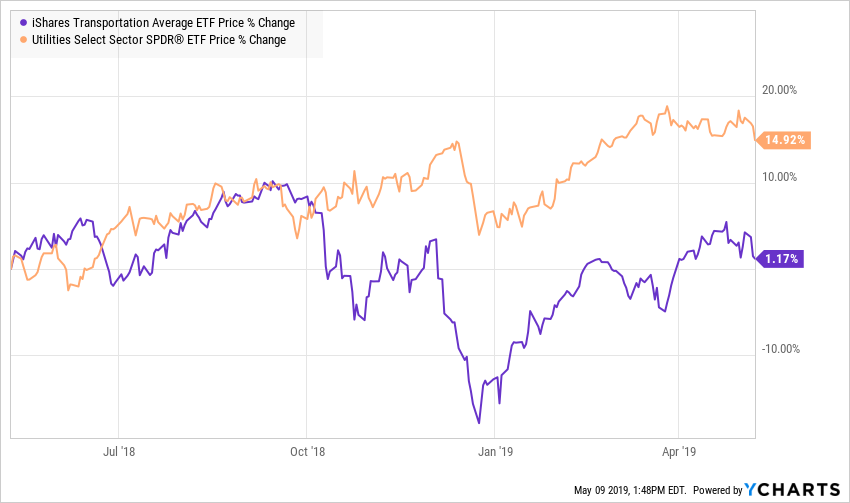 Commodities support what we see in transportation. 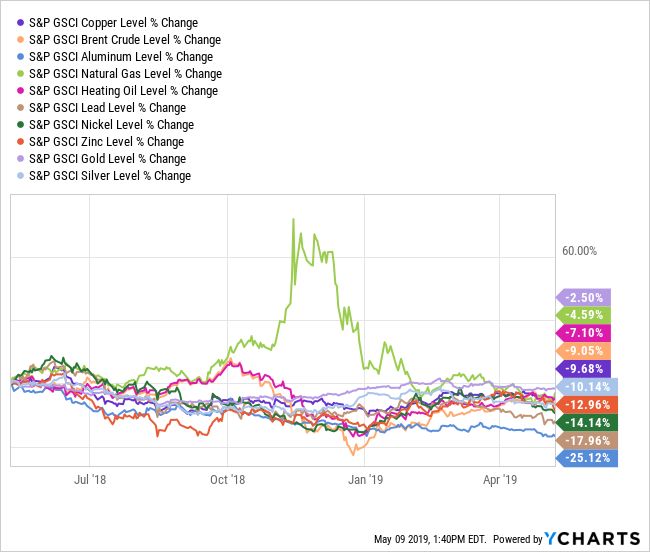 The Institute for Supply Management (ISM) Purchasing Managers Index (PMI) isn’t all that supportive of the S&P 500’s recent moves and also indicates an economy not exactly revving up. 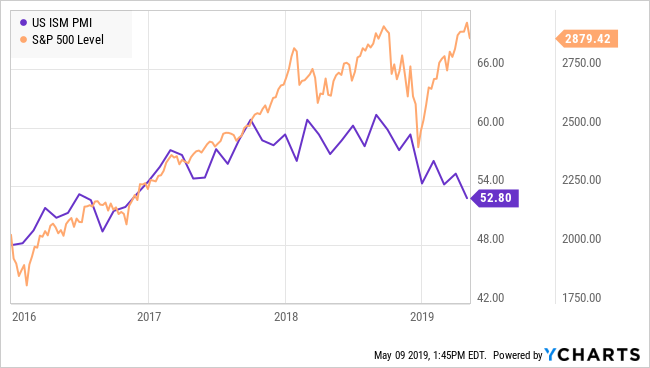 US ISM PMI data by YCharts

But what about last week’s jobs report that had everyone cheering? Just like the first Q1 GDP estimate, which we debunked here, the April jobs report was strong on headline data, weak in the details and lacking confirming data from other sources. The headline new jobs number came in 70k over expectations at 263k, which sounds fantastic, but as always, the details need to be investigated.

We always look for confirming data points both within any particular report but also from similar reports. There is another employment report that didn’t get much attention Friday, the Household survey. This report has been around since the late 1940s and has a completely different methodology.

No confirming data on that booming jobs report is coming from the Household survey.

Another area of non-confirmation of the rumored US economy firing on all cylinders comes from the Federal Reserve’s Senior Loan Officer Survey. When times are good and folks feel confident in the future, they are more likely to borrow. So let’s take a look, shall we?

Small guys are also not in the market for a loan.

The consumer isn’t looking to buy a car.

Or borrow for anything else.

Still not convinced? Over 70 million Americans are hearing from the debt collector. With an estimated 247 million Americans aged 18 and older, that makes for roughly 28.3% of the population in financial distress – and this is when we are being told that things are bloody fantastic and the labor market is just fabulous. What happens when we do go into the inevitable recession?

Oh, wait, never mind. That isn’t going to happen, ever, at least according to this expert.

Between you and me, isn’t this the kind of thing you hear before it all goes pear-shaped?