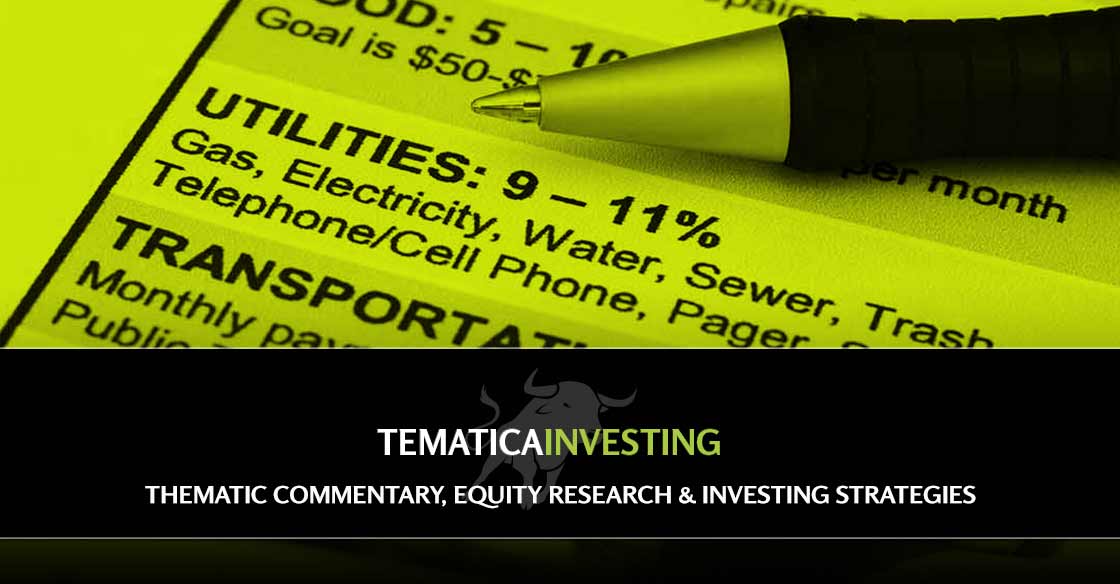 At the end of yesterday’s Tematica Investing issue, I mentioned how at Tematica we are in the process of reviewing the investing themes that we have in place to make sure they are still relevant and relatable. As part of that exercise and when appropriate, we’ll also rename a theme.  Our goal through this process is to streamline and simplify the full list of 17 themes.

Of course, first up is our Rise & Fall of the Middle-Class theme that we are splitting into two different themes — which I know doesn’t sound like an overall simplification, but trust me, it will make sense. As the current name suggests, there are two aspects of this theme — the “Rise” and the “Fall” part. It can be confusing to some, so we’re splitting it into two themes. The “Rise” portion will be “The New Global Middle Class” and will reflect the rapidly expanding middle-class markets particularly in Asia and South America. On the other hand, the “Fall” portion will be recast as “The Middle Class Squeeze” to reflect the shrinking middle class in the United States and the realities that it poses to our consumer-driven economy.

As we make that split, it’s not lost on us here at Tematica that there is bound to be some overlap between The Middle-Class Squeeze and our Cash-Strapped Consumer investing theme given that one of the more powerful drivers of both is disposable income pressure and a loss of purchasing power. As such, as we cleave apart The Middle-Class Squeeze we’re also incorporating Cash-Strapped Consumer into it. It’s repositionings like this that we’ll be making over coming weeks, and while I hate to spoil a surprise as we say good bye to one or two themes, we’ll be saying hello to new one or two as well.

Why America’s Middle Class are Feeling the Squeeze

As both I and Tematica’s Chief Macro Strategist, Lenore Hawkins, have been sharing in our writings as well as our collective media hits, we’re seeing increasing signs of inflation in the systems from both hard and soft data points and that recently prompted the Fed to boost its interest rate forecast to four hikes this year, up from three with additional rate hikes in 2019. That’s what’s in the front windshield of the investing car, while inside we are getting more data that points to an increasingly stretched consumer that is seeing his or her disposable income under pressure.

According to LendingTree’s May 2018 Consumer Debt Outlook, Americans owe more than 26% percent of their disposable personal income on consumer debt, up from 22% in 2010. And just so we are clear, LendingTree is defining consumer debt to include non-mortgage debts such as credit cards, personal loans, auto loans, and student loans. These outstanding balances of consumer credit, per LendingTree, have been growing at a steady rate of 5% to 6% annually over the last two years, and this has it to forecast total consumer debt to exceed $4 trillion by the end of 2018.

Part of the reason consumers have been turning to debt is the lack of wage growth. Even as tax reform related expectations have been running high for putting more money in consumer pockets data from the Bureau of Labor Statistics revealed compensation for civilian workers rose 2.4% year over year in the March quarter. By comparison, gas prices have risen more than 24% over the last 12 months, and the average home price in the US was up more than 11% in April 2018 vs. April 2017. So, while wages have moved up that move has paled in comparison to other costs faced by consumers.

Then there’s the data from Charles Schwab’s (SCHW) 2018 Modern Wealth Index that finds three in five Americans are living paycheck to paycheck. According to other data, consumers more than three months behind on their bills or considered otherwise in distress were behind on nearly $12 billion in credit card debt as of the beginning of the year — an 11.5 percent increase during Q4 alone.

As that debt grows, it’s going to become even more expensive to service. On its recent quarterly earnings conference call, Lending Club’s (LC) CFO Tom Casey shared that “Borrowers are starting to see the increased cost of credit as most credit card debt is indexed to prime, which has moved up 75 basis points from a year ago…We have observed a number of lenders increase rates to borrowers…We know that consumers are feeling the increase in rates.”

And that’s before the Fed rate hikes that are to come.

The bottom line is it likely means more debt and higher interest payments that lead to less disposable income for consumers to spend.

More US consumers getting squeezed

All of this points to an already stretched consumer base that has increasingly turned to debt given that real wage growth has been tepid at best over the past decade. And this doesn’t even touch on the degree to which the American consumer is under-saved or has little in the way of an emergency fund to cover those unforeseen expenses. Per Northwestern Mutual’s 2018 Planning & Progress Study, which surveyed 2,003 adults:

Adding credence to this figures, Bankrate’s latest financial security index survey, showed that 34% of American households experienced a major unexpected expense over the past year. But, only 39% of survey respondents said they would be able to cover a $1,000 setback using their savings. Other findings from Bankrate, based on data from the Federal Reserve, showed that those Americans between the ages of 55 and 64 that have retirement savings only have a median of $120,000 socked away. A similar 2016 GOBankingRates survey found that 69 percent of Americans had less than $1,000 in total savings and 34 percent had no savings at all.

Nearly 51 million households don’t earn enough to afford a monthly budget that includes housing, food, childcare, healthcare, transportation and a cell phone, according to a study by the United Way ALICE Project. That’s 43% of households in the United States.

As the New Middle Class in the emerging economies like China, India and parts of South America continue to expand, it will drive competitive world-wide pressures for food, water, energy and other scarce resources that will drive prices higher given prospects for global supply-demand imbalances.

Middle-Class Squeeze pain brings opportunity with Costco and others

What this tells us is that there is a meaningful population of Americans that are in debt and are not prepared for their financial future. In our experience, pain points make for good investment opportunities. In the case of the Middle-Class Squeeze investment theme, it means consumers trading down when and where possible or looking to stretch the disposable dollars they do have.

It’s no coincidence that we’re seeing a growing move toward private label brands, not only at the grocery store for packaged foods and beverages but by the likes of Amazon (AMZN) as well. We’re also seeing casual dining and fine dining restaurant categories give way to fast casual, and as one might expect the data continues to show more Americans eating at home than eating out.

From my perspective, the best-positioned company for the Middle-Class Squeeze investing theme is Costco Wholesale (COST). By its very nature, the company’s warehouse business model aims to give consumers more for their dollar as Costco continues to improve and expand its offering both in-store and online. To me, one of the smartest moves the company made was focusing not only on perishable food but on organic and natural products as well. That combination keeps customers coming back on a more frequent basis.

Let’s remember too, the secret sauce baked into Costco’s business model – membership fees, which are high-margin in nature, and are responsible for a significant portion of the company’s income. As I’ve shared before, that is a key differentiator compared to other brick & mortar retailers. And Costco looks to further expand that footprint as it opens some 17 more warehouse locations in the coming months.

I’ll continue to monitor Costco’s monthly sales reports, which have clearly shown it taking consumer wallet share, and juxtaposing them against the monthly Retail Sales report to confirm those wallet share gains.

Again, those are short lists of EXAMPLES, not a full list of the companies benefitting or getting hit.

Over the next several weeks, I’ll be revisiting our investment themes, both the ones being tweaked as well as the ones, like Safety & Security, that are fine as is.