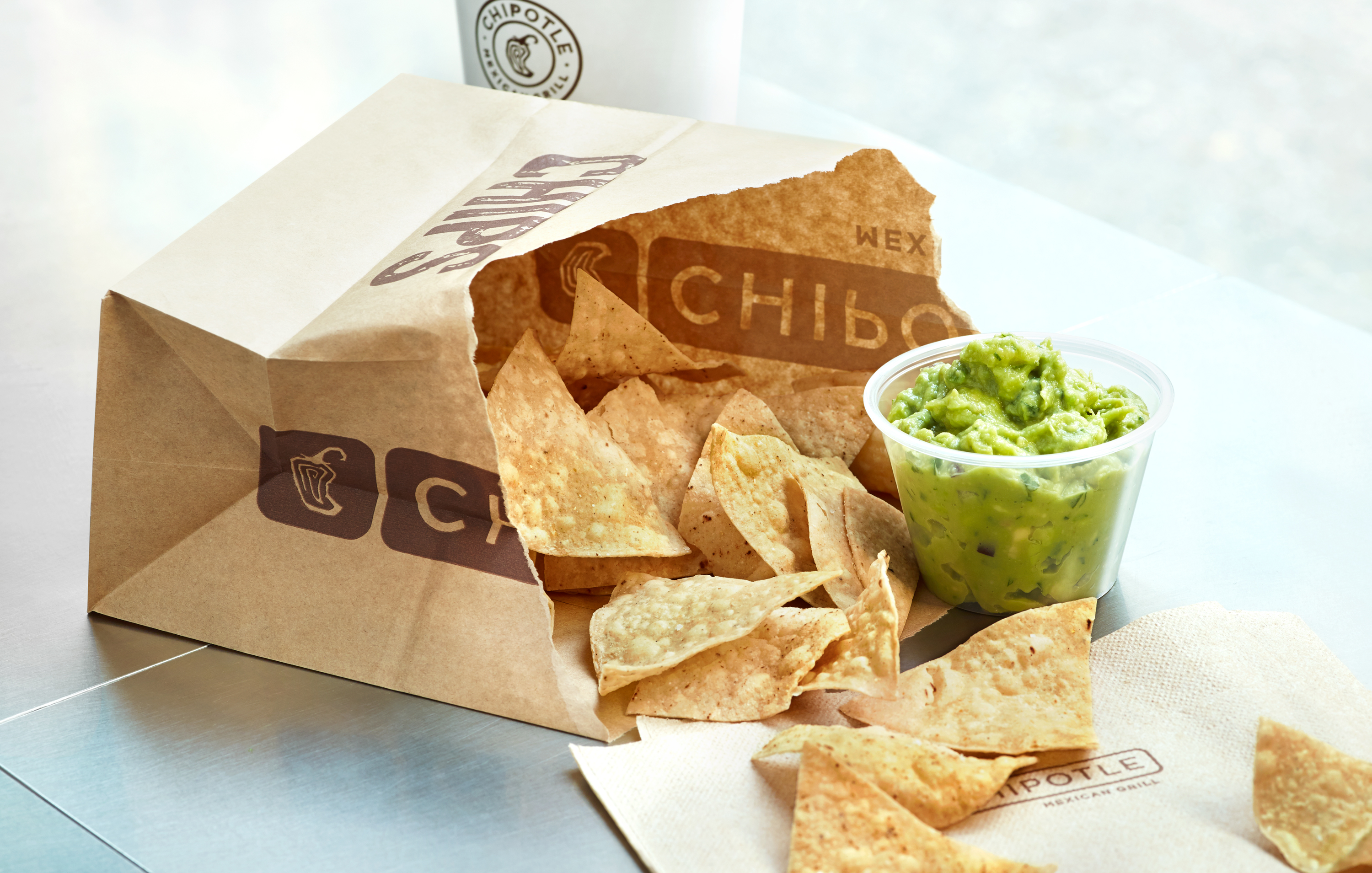 We’ve said it before and odds are we will say it again – applications for our Disruptive Innovators can come from a number of areas, including ones that are less than obvious. Big Data and its use in the restaurant industry is such an example as those companies look to overcome flat traffic trends and drive incremental purchases. How? By knowing what your preference are thanks to Big Data, mobile apps, and loyalty programs, which allow them to notify you when your preferred items, or ones that match your profile, are on sale. This likely means more pop-ups for last minute, impulse item additions like the extra guac from Chipotle courtesy of DoorDash. And yes, Chipotle is in the process of rolling out its own loyalty program.

Data is emerging as a powerful weapon in the increasingly competitive battle for the restaurant consumer. An explosion of food vendors—and menu items—is giving diners more choices than ever. Some restaurants say using customer data to tailor menus to their tastes can give them a leg up.

“Total restaurant traffic is not growing, so anything restaurants can do to offer a better customer experience differentiates them from the competition,” says David Portalatin, a food-industry adviser at market-research firm NPD Group Inc.

Many restaurants collect customer data through their loyalty programs, which diners can sign up for online or via an app. (After customers make a certain number of visits, they earn points that can be redeemed for discounted items or at no charge.) But the data that companies collect through such programs offer a window into the habits of only their most loyal customers, who aren’t the ones they really need to convince to return. And there are limitations to some online loyalty programs: Restaurants that collect email addresses without logging specific purchases can only send out emails about promotions to the whole customer base. An email for half-priced Frappuccinos, for example, would be wasted on someone who only ever orders coffee.

By contrast, individuals’ purchases are easier to track on mobile-order apps. Starbucks Corp. realized that its mobile app, which had only been accessible to members of its Starbucks Rewards loyalty program, could be more effective if it were open to everyone. Starbucks had 15 million active Rewards members, but it had another 60 million monthly customers it knew nothing about. Starbucks in March opened the app to everyone.

Source: How Restaurants Are Using Big Data as a Competitive Tool – WSJ 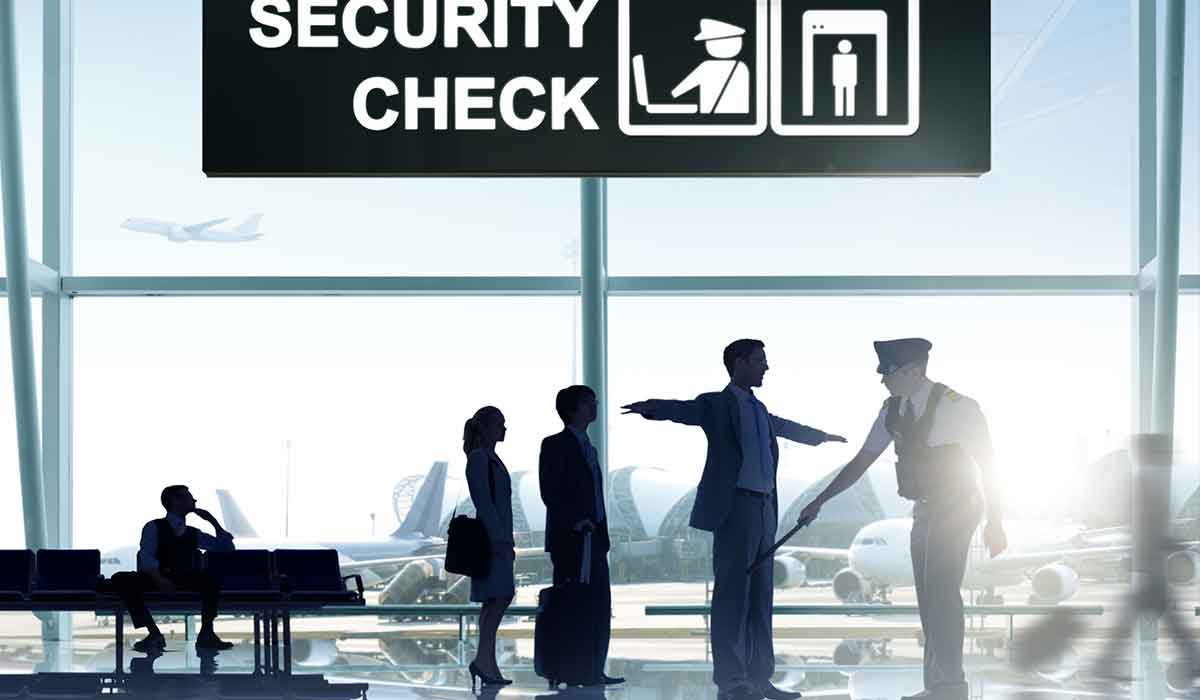 Team Tematica logs plenty of air miles each year, and we would love to see a more stream lined way to getting not only in and out of the airport, but on and off the airplane as well. It seems, we’re not alone in that thinking and now Emirates, the world’s biggest long-haul carrier, is sharing its view on how using several Disruptive Technologies could improve that experience.

We’ve previously said the adoption of disruptive technologies can take many forms, often with the game changer in terms of adoption coming from an unlikely source. I’m not sure if airline travel is it, but I’d be more than happy for the results… provided my bags don’t get lost.

Outlining what automation, artificial intelligence and big data can do for air travel, the carrier’s President Tim Clark laid out a vision in which robots, with no need for human intervention, would ID bags, put them in prescribed bins and later take them out of the aircraft. His concept also includes cutting back on what is still the most laborious part of flying — the central security search.

“That’s in today’s technology,” he told reporters in Sydney on Tuesday at the International Air Transport Association’s annual general meeting.

The entire process, from arrival at the airport, check-in, immigration through all the way to the boarding gates, would become seamless and uninterrupted, he said. The technology can be deployed even for security searches, said Clark, 68, adding a passenger passing through the system would keep walking while being inspected by “lots of entities.” 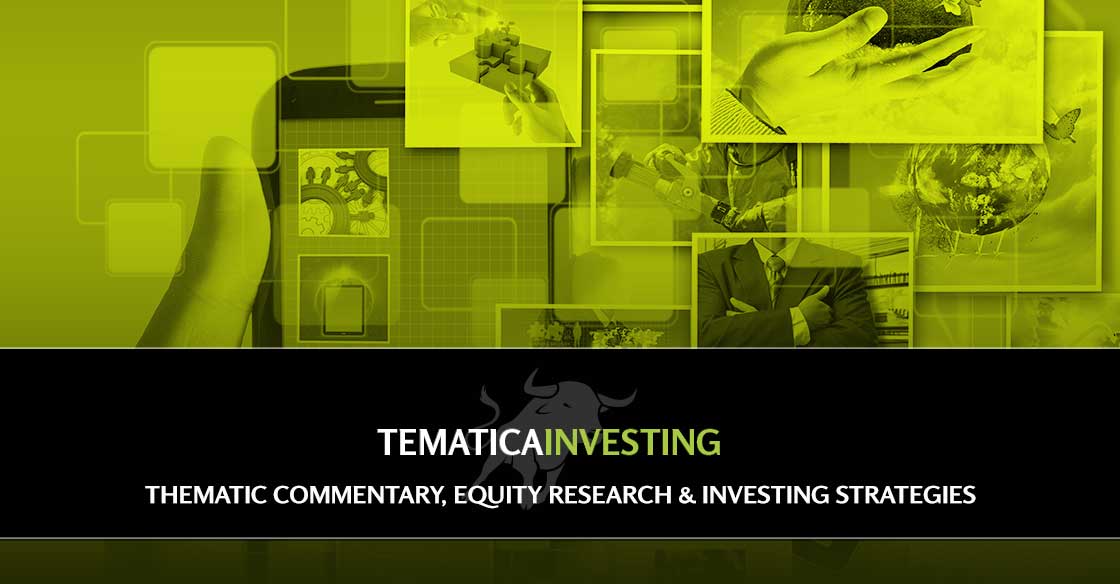 KEY POINTS FROM THIS ALERT:

Midweek, we saw yet another dynamite earnings report from Tematica Investing Select List company Applied Materials (AMAT).   The company simply walked right over expectations and not only raised its outlook, but also boosted its quarterly dividend and share repurchase program. Simply put, it was a picture-perfect earnings report from top to bottom, and in keeping with increasing presence of our Connected Society investing theme, Applied’s management team shared a number of reasons why as I like to say, “chips are the fabric of our digital lives.”

While many of the talking heads are bemoaning slower growth prospects for the smartphone market, the devices continue to pack more functionality and storage inside their packages, and this is before 5G. Voice recognition technology and greater processing power to handle that as well as augmented reality, virtual reality technologies are leading to greater chip dollar content in these devices despite slower unit growth. Per Applied average semiconductor content per smartphone rose 30% in 2017.  To use the investing lingo, we are seeing rising average dollar content per device that is poised to step up again in 2019-2020 as those aforementioned 5G chips make their way into smartphones as AT&T (T), Verizon (VZ), Sprint (S) and T-Mobile USA (TMUS) all launch 5G commercial networks.

We’re also hearing quite a bit about the growing voice assistant market as Apple (AAPL) launches its Home Pod and Amazon (AMZN) touted 2017 was a banner year for its Alexa powered devices. What’s not really talked about, however, is the typical voice assistant has around 30 chips and a total of 200 square millimeters of silicon, roughly twice the area of a smartphone application processor. Now let’s think about not only the new types of voice assistants we are seeing from Amazon with video screens, but how these digital assistants are being embedded in other devices ranging from TVs to a road map that includes home appliances and autos. All of these digital assistants are connected back to servers like Amazon Web Services and the artificial intelligence workloads require server architectures that have up to eight times more logic and four times more memory content by area than traditional enterprise servers.

The bottom line is the Internet of Things, big data, augmented reality, artificial intelligence, data centers and storage are driving incremental chip demand. This tailwind of our Connected Society investment theme is leading Applied to raise its wafer spending forecast among its customer base to $100 billion over 2018-2019, up from $90 billion in 2017-2018. One of the wild cards for potential upside to that forecast is China, which continues to add domestic capacity, which is benefitting Applied given its leading market share position in the region.

Turning to Applied’s Display business, which is benefitting from larger format TVs as well as the ramp in organic light emitting diode (OLED) display capacity. These drivers have led Applied to forecast more than 30% growth in its Display business in 2018, which follows nearly 60% growth in 2017. Digging into the company’s comments on the earnings conference call, it is not only seeing rising OLED demand, but also a diversification in its customer base which in my view reinforces the

On the dividend and share repurchase fronts, Applied Material’s Board of Directors approved a doubling of the quarterly cash dividend on the company’s common stock to $0.20 per share. That new dividend will be payable on June 14, to shareholders of record as of May 24. Ahead of that, Applied will pay its next cash dividend of $0.10 per share on March 14. The Board also approved a new $6.0 billion share repurchase authorization that is in addition to the $2.8 billion remaining under its previously approved authorization. I see these two offering a combination of support for our $70 price target on AMAT shares, while also providing support for the shares. At the current share price, the combined $8.8 billion in repurchasing power equates to roughly 166 million shares, roughly 15% of the company’s overall share count. Do I expect it to happen in one fell swoop? Nope, but it’s a factor that offers a way for the company to continue to meet and potentially beat Wall Street EPS expectations.

Given the consequences a company faces should it miss a dividend payment or find itself in the position to cut it, it’s not a simple decision for a company to boost its dividend, let alone double the existing quarterly payment. In my opinion, that alone says volumes about Applied’s confidence in its business over the coming years, and the additional and upsized buyback program only adds to that.