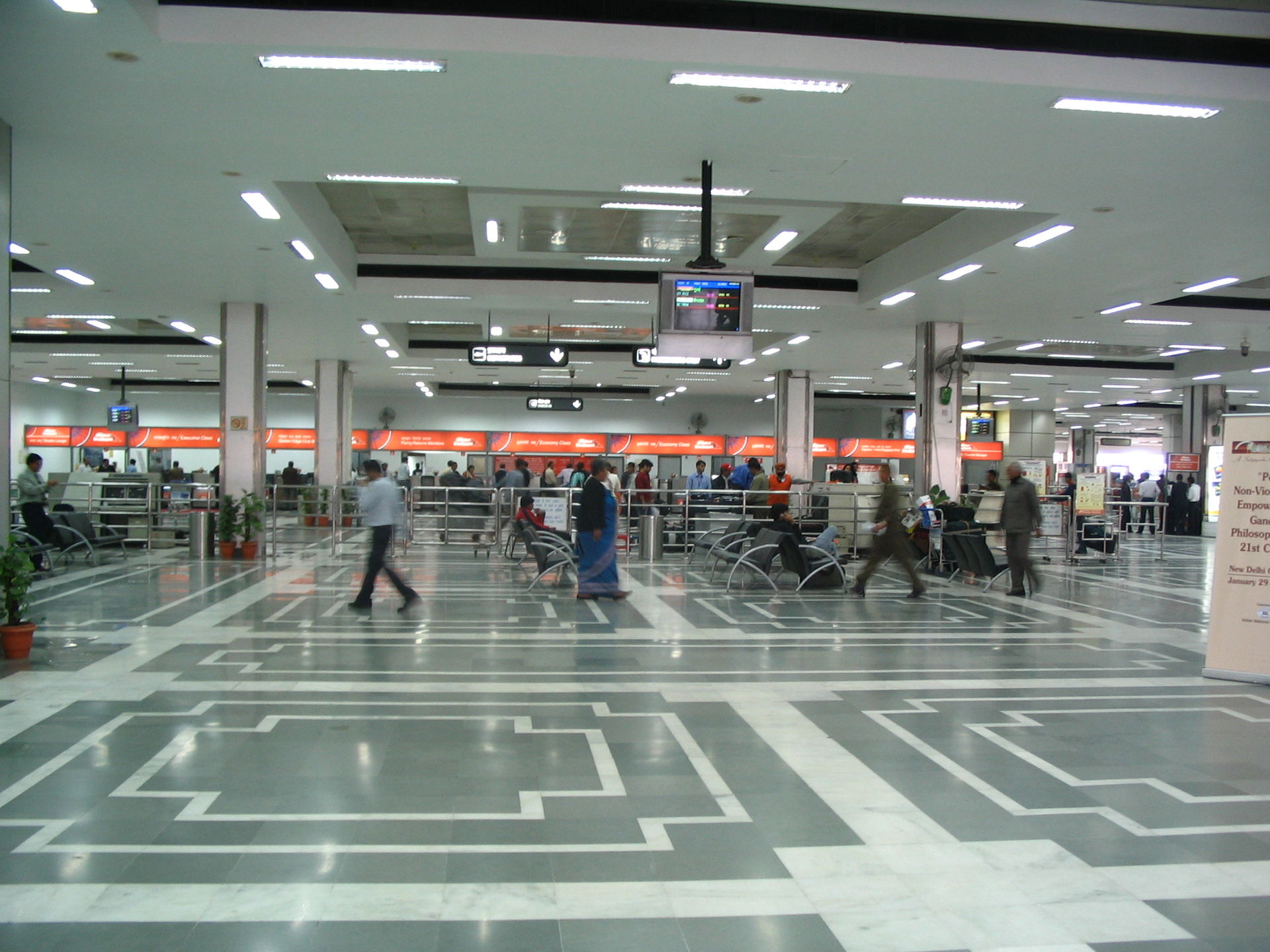 Amid the concerns of rising interest rates and what it may do in the near to medium term for Middle-class Squeeze consumers, new research from the Brookings Institute remind us of the positive economic force to be had with our Rise of the New Middle-class investing theme over the coming decade-plus. No wonder Apple CEO Tim Cook has been sharing upbeat thoughts about the coming demographic wave in India. He’s not alone, as other consumer product companies from Starbucks to Mondelez International and Proctor & Gamble are all focused on the sales and profits to be had from meeting this expected demand surge.

According to research from the Brookings Institution, more than half of the planet can now be considered “middle class” or “rich.” It is estimated that some 48 percent of the world’s population earns between $11 and $110 per day in PPP-adjusted dollars—a standard definition of the middle class using absolute (rather than relative) cut-offs—while another 2 percent earns more than $110 per day. According to projections and measures, the middle class will reach 4 billion people worldwide by the end of 2020 and 5.3 billion by 2030. This expansion has been driven by two phenomena: a steep decline in poverty around the world since the 1980s and rising household incomes in Asia.

There should be reasons to cheer this global “tipping” point. For the first time in recorded history, the majority of the world’s population will not consist of impoverished peasants or workers but of wage-earners who can afford to buy cellphones, washing machines and televisions, to go out to restaurants and theaters, and to take vacations with their families.

A growing middle class is supposed to be good for society. Their consumerism is supposed to boost global production of durable goods and make businesses more efficient and innovative in targeting these new customers. The global middle class is also committed to the education of their children. The middle class is more entrepreneurial than either the rich or the poor, and it demands more transparency from policymakers and tolerates less corruption. Because the middle class does not owe its wealth to privileges granted by the state, its members are more likely to support protections for property rights, as well as greater access and representation in decision-making.

Source: Fear and Loathing in the Global Middle Class – Lawfare

Another proof point that our Aging of the Population investing theme will give rise to new products and services to meet the evolving needs of the aging population be it by themselves, their family or friends. For Proctor & Gamble, this represents a strategic decision to cater to different needs of this expanding market while its core shaving business is under attack by the likes of Dollar Shave Club, Harry’s and other companies that are attacking it via our Digital Lifestyle investment theme.

Executives at Gillette have for decades defined shaving as a rite of passage.

The company famously mails out free razors – with “welcome to manhood” cards – to millions of men a year on their 18th birthdays. Its ads focus on the experience passing from father to son (sometimes with the help of famous faces like quarterbacks Archie and Eli Manning).

But in recent years, executives have begun to see another milestone emerge in their customers’ lives: the moment when sons begin shaving their aging fathers.

“We started seeing it all over social media – men posting about washing, grooming and shaving their fathers,” said Matt Hodgson, a design engineer at Procter and Gamble, which owns Gillette. “It’s a very difficult and emotional thing to do.”

It turned out there are a number of logistical challenges, too. Those who are bedridden don’t have easy access to running water to rinse blades or wash off shaving cream. Traditional blades are quick to nick delicate skin.

“We’re specialists in developing razors and yet all the products we could find were for shaving yourself,” Hodgson said. “When you turn the razor outward, it doesn’t work as well anymore. It was clear we needed to create something completely new.”

After three years of observation, design and testing, Gillette is preparing to release the first razor built for caregivers to shave others. The Gillette Treo has an extra-wide handle and comes with a tube of clear gel that eliminates the need for running water or shaving cream.

The brand, which is losing younger customers to online start-ups like Harry’s, is looking for opportunities to reach the country’s fastest-growing demographic: Americans 65 and older.

The number of senior citizens in the United States is expected to nearly double by 2050, creating a fast-growing niche for retailers and manufacturers.

The votes are in … at least the preliminary ones, and they are indicating that activist investor Nelson Peltz lost his bid to win a board seat at Rise & Fall of the Middle-Class contender Procter & Gamble (PG).

As background, Peltz has been calling for further change at Procter, including streamlining its operations and bringing in outside talent. Resistant Procter management has countered, saying doing so would disrupt a turnaround that is already in process and that focuses on strengthening and streamlining the company’s category and brand portfolio. The thing is even in the company’s June 2017 quarter, its organic growth lagged behind underlying end-market growth and its presence in the increasingly consumer-favored online market was a paltry 5% of total sales for the quarter.

Following an expensive proxy fight over the last few months and with the vote ending rather close, it appears Peltz is not going to give in easily. According to reports, Peltz’s firm, Trian Fund Management, is waiting for the proxy vote tally to be certified and then plans to challenge the vote. All in all, this is a process that will extend the story that has taken over the potential fate of Procter & Gamble for at least several days more, if not a few weeks, as the final vote tally is certified.

To put it into investor language, the overhang that has been plaguing the shares over the last several weeks is set to continue a little longer. We’re also soon to face earnings that are likely to see some impact from the September hurricanes that put a crimp in consumer spending. Despite the initial post-hurricane bump to spending that benefitted building materials and auto sales during the month, overall September Retail Sales missed expectations. And before we leave that report, once again the data showed that digital commerce continued to take consumer wallet share as it grew 9.2% year over year vs. overall September Retail Sales excluding food services that rose 4.6% compared to year-ago levels.

Let’s also keep in mind the upward move in oil prices of late, which led to a 5.8% month over month increase and an 11.4% year over year increase in gasoline stations sales in September. That same tick up in oil prices does not help P&G given that one of its key cost items is “certain oil-derived materials.”

This has me cautious on PG shares in the near term, especially with the shares just shy of 23x consensus 2017 expectations vs. the peak P/E valuation over the last several years ranging between 22x-24x. To me, this says a lot of positive expectations have been priced into the shares already, much like we have seen with the overall market over the last several weeks. As we saw this week, even after delivering better than expected bottom line results, shares of Domino’s Pizza (DPZ), Citigroup (C) and JPMorgan Chase (JPM) traded off because the results weren’t “good enough” or there were details in the quarter that raised concerns. We continue to think the upcoming earnings season is bound to add gravity back into the equation and could see expectations reset lower.

Here’s the thing: I think P&G has a bigger issue to contend with. I’ve been thinking about this comment made during the June 2017 quarterly earnings call by Proctor & Gamble’s CEO David Taylor:

“We’re working to accelerate organic sales growth by strengthening and extending the advantages we’ve created with our products and packages, improving the execution of our consumer communication and on-shelf and online presence, and ensuring our brands offer superior consumer value in each price tier we choose to compete.”

I’m a bigger fan of companies that are innovating and disrupting like Amazon (AMZN) and Universal Display (OLED) — both of which are the Tematica Investing Select List. In my book, packaging is nice to have on the innovation front but isn’t always needed. Perhaps this lack of innovation and disruptive thought explains why the company has been vulnerable to the Dollar Shave Club as well as Harry’s Razors, both of which have embraced digital commerce as well as cheaper-by-comparison subscription business models while also expanding their product offerings.

If that’s the kind of transformation Nelson Peltz is talking about, that is something to consider. And yes, I get my razors from Dollar Shave Club, not P&G. 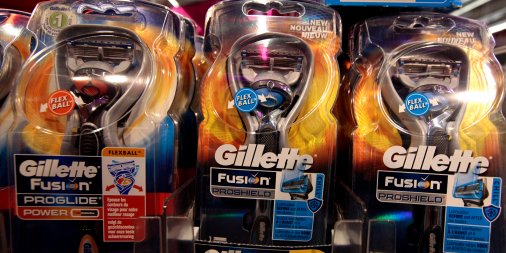 For those of us men that have not fallen in line with the current beard trend, we’ve been bemoaning what have been the escalating price of razor blades for some time. We suspect many women feel our pain as well. As we point out in Cocktail Investing, where there’s a pain point there tends to be a company or two with a solution. Those solutions to high priced razors have included Harry’s and Dollar Shave Club, which have dealt a market share blow to consumer product giant Proctor & Gamble. With consumer fleeing Gillette to lower priced alternatives, P&G has been forced to alter its business model and slash prices. We see this as a classic example of one company hitting a thematic headwind because it did not respond to prevailing thematic tailwinds. In this case, those tailwinds were our Connected Society and Cash-strapped Consumer investing themes.

In the face of increasingly stiff competition, Procter & Gamble will reduce the price of some of its Gillette shave products.

The average reduction will hover in the double-digit range, but some products will be reduced a full 20%. Other products’ prices will remain completely unchanged.

Gillette once claimed a 71% market share in North America, but it now only maintains 59% as of last year, according to Fortune. Startups like Harry’s and Dollar Shave Club — which was acquired last year by Unilever for $1 billion — have steadily chipped away at that dominance with similar razor cartridges at a lower price.

Source: Gillette is cutting the price of its razors by up to 20% – Business Insider

It’s an easy trap to fall into when focusing just on the rising middle class in China given the population size, but there are other rising middle-class populations around the globe. Examples include India, the Middle-East, and Latin America, and the middle-class in those geographies are helping drive the positive thematic tailwind of our Rise & Fall of the Middle Class investing theme as they trade up in lifestyle. This is a boon for personal care as well as homecare products like those from Proctor & Gamble, Colgate-Palmolive, Church & Dwight and Estee Lauder to name a few. But which company is the sleeper ingredient company?

The middle class in Latin America and the Caribbean (LAC) nearly doubled in size during the last decade, according to a new study released by the Washington-based Inter-American Development Bank (IDB) on Monday.It said that the middle class population now stands at 186 million people