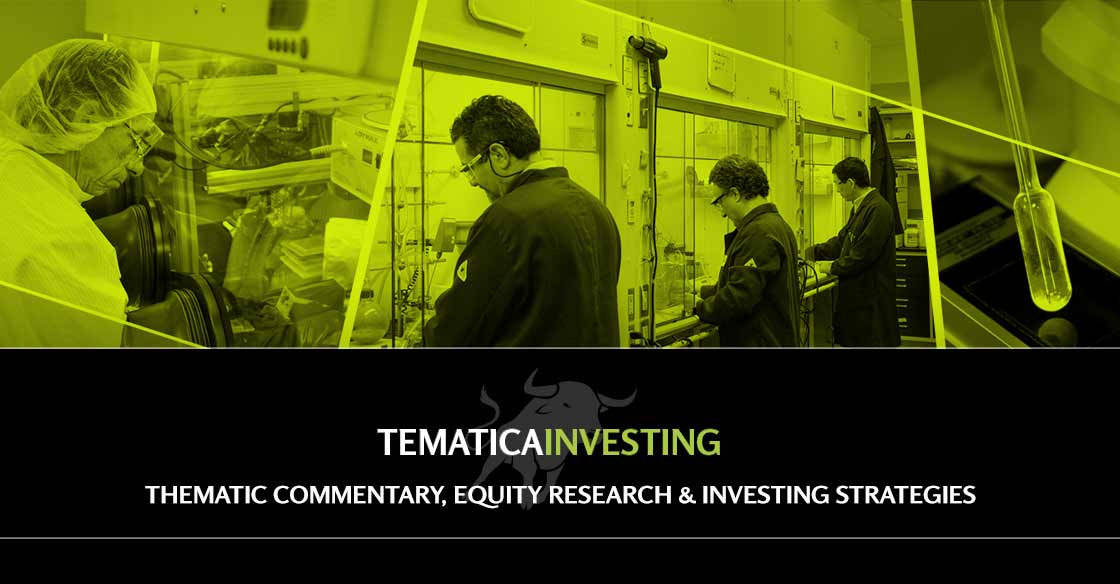 This morning I am calling shares of Universal Display (OLED) back up to the Tematica Investing Select List on reports from South Korea’s ETNews that Apple (AAPL) intends to fully transition its iPhone line up to organic light emitting diode displays with its 2019 models. As the organic light emitting diode  industry continues to ramp capacity in order to meet full demand by Apple and others, I expect to see pricing become more favorable for Apple and others, which should help restrain iPhone price creep in 2019 and beyond. As a reminder, the price of the iPhone X is one of the most cited reasons for its high price point, with one of the key reasons for that price tag being the cost of the organic light emitting diode display that is currently sole sources from Samsung.

As a reminder, Tematica’s Disruptive Technology investment theme focuses on companies that upend existing business models as new technologies come to market. I see Universal Display and its organic light emitting diode technology doing just that to the display industry and eventually the lighting industry as well, just the way light emitting diode displays did. These disruptions can take time and are often filled with setbacks that punish stock prices, much like we have seen with OLED shares over the last several months. As those setbacks fade, however, the adoption resumes and the Apple news suggests that is about to happen for organic light emitting diode displays, a major positive for OLED shares.

I expect OLED shares to jump on this news, perhaps even get a tad ahead of themselves in the near-term, but I will keep in mind the ramp for Apple’s 2019 iPhone models will begin in earnest in roughly 12 months from now. During that time, I expect current industry capacity issues to be digested and additional capacity added, which will also be a positive for the display equipment business at our Applied Materials (AMAT) shares.

What this means is there are likely to be fits and starts for Universal Display along the way as other smartphone and device manufacturers incrementally chew up existing industry ahead of the 2019 Apple ramp. Should this pan out, it will give us the opportunity to scale into this OLED position, potentially at better prices.

In terms of sign posts I’ll be watching over the coming quarters, organic light emitting diode industry capacity utilization data, new order metrics from Applied and smartphone display choices by other top competitors such as Samsung, Huawei and others.

A conservative price target… for now

With the add back of OLED shares, I am instilling a price target of $175, but as we did before I will continue to monitor the speed of organic light emitting diode adoption and adjust that target accordingly in the coming months.

While some may ask questions over that 51x price to earnings multiple on currently expected 2019 EPS of $3.42 per share I offer two thoughts. First, as the Apple ramp unfolds, odds are 2019 EPS expectations will move higher. Second, even if those 2019 expectations don’t move higher, which is unlikely, OLED shares are currently trading at a price to earnings growth (PEG) ratio of 0.35 based on the compound annual earnings growth rate of 82% over the 2015-2019 period. My $175 target equates to a PEG ratio of 0.6 on current 2019 EPS expectations. In my view, the Apple news is the catalyst that will move shares higher, but it will take the expected ramp becoming a reality that will push the shares closer to a PEG ratio of 1.0 over the coming several quarters.