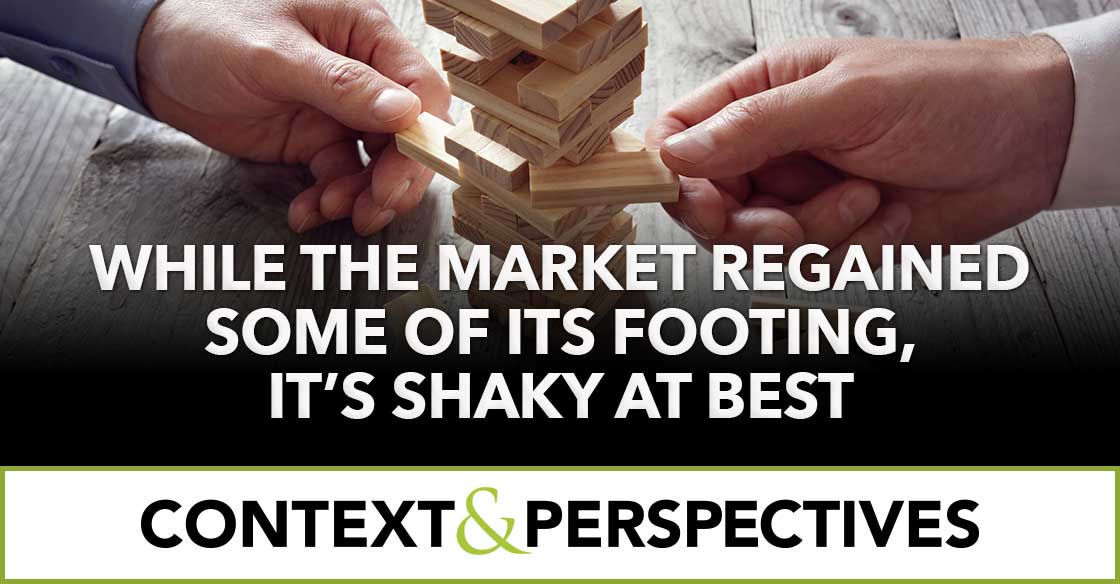 Key Points from This Report:

Did the Election Matter?

The big news of the week was the non-news of the election, which gave both sides sufficient wins to claim victory. The market engaged in what was likely a brief “thank-God-there-were-no-surprises-this-time” rally the following day. For investors, the election means that any further tax cuts are highly unlikely and while the need for infrastructure spending is something both parties agree on, the budget process for that spending has the potential to be reminiscent of a Jerry Springer episode – let the games begin.

We’ll probably hear more threats concerning impeachment, but the election results make it unlikely that will be anything more than the usual vitriol coming out of the beltway these days. Overall the election ended up being a non-event, followed by a relief rally… but several issues remain that could complicate matters for the market and investors.

Italy is a growing problem for the Eurozone and U.S. Investors should care

Italy continues to vex both the eurozone and those pundits who insist that cooler heads will prevail. I live a good portion of my time in Italy and I can assure you, there are no cooler heads in Italy’s leadership and its citizenry are becoming more and more enraged by their governments’ endless inability to address the myriad of issues facing the nation, regardless of which party or coalition is in charge. Keep in mind that Italy faces even more challenging demographics than the U.S., (which in comparison is akin to our Aging of the Population investing theme on steroids) as its population is skewed even older thanks to insanely high youth unemployment, which drives many of the young to look outside their birth country for better opportunities.

The U.S. isn’t alone in its desperate need for infrastructure investment. Remember that bridge in Genoa, Italy that collapsed in August killing 43 people? Despite the promises in the days following the tragedy that the nation’s leadership would mobilize all available resources immediately and get a new bridge for this vital part of the region’s infrastructure up as soon as humanly possible, nothing has been done.

And that is just a bridge. Last week the nation was hit with massive storms that caused an incredible amount of damage, inflicting even more pain on a country that is already a mess. I expect Italy will not be the one to blink first when it comes to the revised budget due to Brussels later this month. There will be a showdown with the rest of the Eurozone and it is going to get even messier.

For some perspective, just 10 years ago Luigi Di Maio, the leader of the Five Star Movement and Deputy Prime Minister, was living with his parents and working as a drinks server at the Napoli stadium. In just 10 years he’s gone from one of those guys walking around, hocking drinks from his tray, to leading Italy. Is it any wonder that the rest of Europe’s leadership isn’t exactly thrilled with Italy’s leadership choices?

Adding to the drama, France’s leader, Emmanuel Macron, looks to be struggling under all the pressure and Germany’s Angela Merkel is now a lame-duck having announced she is stepping down as the leader of her party and will not be seeking reelection. Europe is without strong leadership at a time when it desperately needs it. This is going to get worse before it gets better.

Why should investors care what happens in Italy?

The eurozone economy is nearly the size of the United States’ and Italy is both too big to save and too big to fail without putting the entire region into an economic tizzy. Italy has the potential to seriously rock the markets at a time when interest rates are rising most everywhere, and dollar liquidity is shrinking.

The rising dollar and interest rates

With global liquidity shrinking at the fastest pace since 2008, the dollar continues to strengthen, causing a variety of problems for a broad swath of market participants. The strong dollar has been causing pain in the commodity complex and those economies tied to it, for example, this week U.S. West Texas Intermediate (WTI) crude fell more than 21% from last month’s four year high. The recent strong jobs reports mean the Fed is likely to continue on its rate hike path and Thursday’s post-meeting announcement referred to a strengthening labor market and economic activity rising at a strong rate – pretty much like the Bat-signal for more hikes coming. The lack of foreign buyers of Treasury auctions is adding to rate pressures. So far in calendar year 2018, we have seen half the level of foreign buying we saw in 2017.

Another strong jobs report – be careful what you wish for

Last month businesses added an additional 250k to the U.S. workforce, well above the expected roughly 200k, but the real number would have been even more incredible had it not been for the 198k that were not at work due to weather conditions – a level three times the historical norm thanks to Hurricane Michael. Without Mike, the number would have been closer to +400k, so while Wall Street is getting serious jitters as the bears have been pacing around the major indices, Main Street is busy hiring. Break out the champagne and party hats?

Err, not so fast. As much as I love a glass of the chilled bubbly, digging into the details gets me a bit nervous to see that while construction activity has been contracting for several quarters, the sector has added 100k to its ranks since July. Contracting activity levels while growing payrolls? Not exactly good for the bottom line. The Federal Reserve’s Beige book has been a compendium of executive angst over the impact of trade wars on their businesses, but transportation services grew their ranks by 25k, the most in 13 months. This is likely because 100% of the net new jobs over the past four months have gone to those with a high school education or less. Great for the development of skills in that cohort, not so great for their employers who are experiencing lower productivity levels, which translates into earnings pressure for investors. 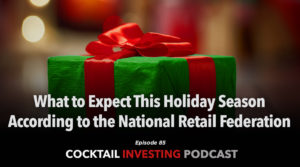 We also saw wages rise +3.1% year-over in October from +2.8% in September, the fastest rate since 2009. We suspect consumers in our Middle-class Squeeze investing theme are cheering as are retailers that are gearing up for the 2018 holiday shopping season – for more on that, check out this week’s Cocktail Investing Podcast where we talk with the National Retail Federation and its consumer survey findings for holiday shopping this year.

Back to the October wage gains, we strongly suspect the Fed is watching as increased pay pressures have pulled 711k into the workforce, which pushed the labor force participation rate up by +0.02% in October. Without the new entrants into the workforce, the unemployment rate would have dropped to 3.3%, which would be the lowest level in 65 years!

So, jobs look fantastic right? Errrmmmmm, yes but… the manufacturing workweek was cut a second time by 0.2% since June to the lowest number of hours since January – could be the trade war is cutting folks’ hours. Overall, the labor market is exceptionally tight so no wonder the Fed this week announced that “The labor market has continued to strengthen and … economic activity has been rising at a strong rate,” keeping in place its plan to continue to gradually raise rates.

More signs that the global economy is slowing

While the US is still humming along, most are not paying attention to the slowing happenings outside our borders. The IHS Markit Composite PMI in the euro area dropped to a 2-year low of 53.1 in October from 54.1 in September while Italy dropped to its lowest level since November and is now in contraction territory- anything below 50 is in contraction. Germany’s real manufacturing orders year-over-year declined -2.2%. Eurozone GDP slowed to a 5-year low in Q3 of a less than +1% annual rate. The US will not be unaffected by the slowing outside its borders.

The trade war with China continues with no end in sight.

We’ve already talked a lot about this in previous weeks, so we will just leave this one with a note that China is looking to regain its place as the world’s dominant nation and its leader has his job for life. The strange events surrounding many high-profile people ranging from the leader of Interpol to actress Fan Bingbing to Alibaba’s Jack Ma give the impression that some seriously strange things are going on in the nation and perhaps the CCP leadership is looking to close ranks and tighten its grip – there is going to be a lot more to this story in the months and years to come.

The Market has found at least some shaky footing

Finally, after a brutal October, the market has managed to regain some of the ground it lost in the early days of November but let me point out that it is unusual for the S&P 500 to lose 10% or more twice in any given year. Going back roughly half a century, such double dipping typically precedes or occurred in conjunction with a recession, (with the exception of 1987 which wasn’t much fun).

As earnings season is nearing a close, corporate share buyback programs have been able to restart their purchases, helping put a (temporary?) floor under the market. I remain warry that we haven’t seen the end of this period of volatility.