Last week, as the latest issue of Tematica Investing was being delivered to you, I was literally being wheeled into the operating room for knee surgery. It was nothing too major, just the repair of a small meniscus tear I suffered on the basketball court. Fortunately for you (and for the performance of the Tematica Select List) the issue was completed early that morning — well in advance of that surgery — as I was pretty loopy afterwards!

A week later, things are feeling pretty good, but I am looking forward to getting the stitches out so I can get back in the pool and get some relief from the extra humid conditions here in DC this week! 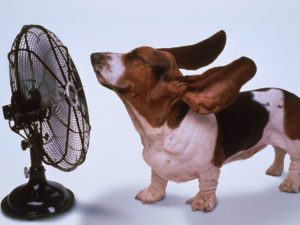 Here at Tematica Research, just outside of Washington, DC, we are “enjoying” a good old fashion summer heatwave. The hottest summer in four years, yesterday marked the 6th straight day of highs at or above 90 degrees.

Now for those in the Midwest and Southwest, you’re probably thinking, that’s nothing!

The magic we have here in DC to throw into the mix of steamy temperatures is the fact that the city is built on what was once swamp land, and with that comes humidity — lots of it! So temps in the 90’s can easily climb up into the 105 degree heat index range, and with that comes that little bead of sweat that starts on the back of your neck, rolls down between your shoulder blades, further down to your lower back and then . . . well, you know where that story is going.

All of this reminds us of what put athletic apparel manufacturer Under Armour (UA) on the map — moisture-wicking synthetic fabric. The company that started in the basement of CEO Kevin Plank’s grandmother in 1996, has grown into a nearly $4 billion company that specializes in making sure all that sweat we humans produce is evaporated away rather than ending up where the sun don’t shine.

The heatwave across much of the country allows for this cheeky opening narrative to this story. The real reason we’re talking about Under Armour now is, given the pull-back in shares after the company’s 2nd quarter earnings announcement, we’re using the opportunity to make a move and add them to the Tematica Select List.

While we did come in from the beach long-enough last week to share our views on the Brexit vote, it’s good to be back in the saddle full-force with this week’s Tematica Investing.  So let’s get right down to it . . .

It’s earnings season, and with anywhere from a few hundred to more than a 1,000 companies reporting their results, this certainly makes for a volatile time with investors shooting first as results hit the tape and asking questions over the quality of those earnings later.

As we navigate the maze of earnings reports to be had in the coming days, we’ll continue to refine our thematic shopping list and look to pounce on opportunities that offer a compelling risk to reward trade off.

In this week’s edition of Tematica Investing:

While Sumner Redstone claims to have coined the phrase, it was Bill Gates who over two decades ago brought “Content is King” into the common vernacular when he wrote on the Microsoft website:

Content is where I expect much of the real money will be made on the Internet, just as it was in broadcasting . . . When it comes to an interactive network such as the Internet, the definition of “content” becomes very wide. For example, computer software is a form of content-an extremely important one, and the one that for Microsoft will remain by far the most important. But the broad opportunities for most companies involve supplying information or entertainment. No company is too small to participate.

We are seeing a new era of content given the entrance of companies like Netflix (NFLX), Amazon (AMZN) and Hulu as well as the growing influence of gaming, which has already spawned several cross platform properties. New technologies bring challenges, but at the end of the day no matter where consumers are with whatever device they have in their hands, content is what they will be consuming in one form or another.

It’s at this inflection point where we focus our investment strategy on one of the oldest content producers in the business, the Walt Disney Company (DIS).

In this week’s edition of Tematica Investing:

Welcome to this week’s edition of Tematica Investing. As you recall, this is the publication that replaces my old Growth & Dividend Report newsletter. Each week in Tematica Investing we’re going to provide you with investment ideas and strategies based upon our proprietary thematic investing framework, and takes a long-view approach to investing based upon documented trends that are uncovered while analyzing the intersection of economic, demographic, psychographic, regulatory and technological factors.

Now, in this week’s edition: