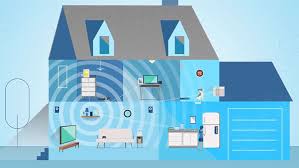 Earlier this month we had CES 2017 in Las Vegas, a techie’s mecca of new whiz-bang products set to hit the market, in some cases later this year, but in others in 2018 and beyond. A person tracking the CES trade shows over the years likely remembers the changes in inputs from clunky keyboards and standalone number pads to rollerball driven mice to laser based ones, which gave way to trackpads and touchscreen technology. Among the sea of announcements this year, there were a number that focused on one aspect of our Disruptive Technology investing theme that is shaping up to be the next big change in interface technology — voice recognition technology.

Over the years, there have been a number of fits and starts with voice technology dating all the way back to 1992 when Apple’s (AAPL) own “Casper” voice recognition system that then-CEO John Sculley debuted on “Good Morning America.” As the years have gone by and the technology has been further refined, we’ve seen more uses for voice recognition technology in a variety of applications and environments ranging from medical offices to interacting with a car’s infotainment system. As far back as 2004, Honda Motor’s (HMC) third generation Acura TL sported an Alpine-designed navigation system that accepted voice commands. No need to press the touchscreen while driving, just use voice commands, (at least that was the dream — but for those of us that tried to change the radio station and ended up switching the entire system over to Spanish, it wasn’t so useful!)

More recently with Siri from Apple, Cortana from Microsoft (MSFT), Google Assistant from Alphabet (GOOGL) and Alexa from Amazon (AMZN) we’ve seen voice recognition technology hit the tipping point. Each of those has come to the forefront in products such as the Amazon Echo and Google Home that house these virtual digital assistants (VDAs), but for now, one of the largest consumer-facing markets for voice interface technology has been the smartphone. Coming into 2016, market research and consulting firm Parks Associates found that nearly 40 percent of all smartphone owners use some sort of voice recognition software such as Siri or Google Now.

In 2016, the up and comer was Amazon, as sales of its Echo devices were up 9x year over year this past holiday season and “millions of Alexa devices sold worldwide this year.” If you’re a user of Amazon Echo like we are, then you know that each week more capabilities are being added to the Alexa app such as ordering a pizza from Dominos (DPZ), calling for an Uber, checking sports scores, shopping with your Amazon Prime account, hearing the local weather forecast and getting the latest news or perhaps some new cocktail recipes.

Not resting on its laurels, Amazon continues to expand Echo’s capabilities and announced that Prime members can voice-order their next meal through Amazon Restaurants on their Alexa-enabled devices including the Amazon Echo and Echo Dot. Once an order is placed, Amazon delivery partners deliver the food in one hour or less. Pretty cool so long as you have Amazon Restaurants operating in and around where you live. We’d point out that since you’re paying with your Prime account, which has a credit card on file, this also expands Amazon’s role in our Cashless Consumption investment theme as does Prime Now which lets Prime members in cities in which the service is available get deliveries in under two hours from Amazon as well as from local participating stores.

Virtual digital assistants cut across more than just smartphones and devices like Amazon Echo and the Google Home. According to a new report from market intelligence firm Tractica, while smartphone-based consumer VDAs are currently the best-known offerings, virtual assistant technologies are also beginning to emerge within other device types including smart watches, fitness trackers, PCs, smart home systems, and automobiles – hopefully, this time not switching us into Spanish.

We saw just that at CES 2017 with some landscape changing announcements for VDAs such as withAlphabet that had several announcements surrounding its Google Home product, including integration into upcoming Hyundai and Chrysler models; and acquiring Limes Audio, which focuses on voice communication systems, and will likely be additive to the company’s Google Home, Hangouts and other products. Microsoft also scored a win for Cortana with Nissan.

While those wins were impressive, the big VDA winner at CES was Amazon as it significantly expanded its Alexa footprint on deals with LG, Dish Network (DISH), Whirlpool (WHR), Huawei and Ford (F). In doing so Amazon has outflanked Alphabet, Microsoft and even Apple in the digital assistant market, but then who doesn’t find Siri’s utility subpar? To us, that’s another leg to the Amazon stool that offers more support to the share alongside the digital shopping/services, content, and Amazon Web Services businesses.

To be fair, Apple originally did not license out its Siri technology. It was only in June 2016 that Apple announced it would open the code behind Siri to third-party developers through an API, giving outside apps the ability to activate from Siri’s voice commands, and potentially endowing Siri with a wide range of new skills and datasets, potentially making a mistake similar to the one that originally cost Apple the Operating System market to Microsoft. Amazon, on the other hand, has been eager to bring other offerings onto its Alexa platform.

In the past when we’ve seen new interface technologies come to market and move past their tipping point, we tended to see slowing demand for the older input modalities. Case in point, a new report from Technavio forecasts compound annual growth of just 3.63 percent for the global computing mouse market between 2016-2020. By comparison, Global Industry Analysts (GIA) expects the global market for multi-touch screens to reach $8 billion by 2020 up from $3.5 billion in 2013, driven by a combination of mobile computing and smart computing devices. For those who are less than fond of doing time calculations, that equates to a compound annual growth rate of 11 percent. We’d also point out that’s roughly half the expected VDA market in 2021.

One potential wrinkle in that forecast is the impact of VDAs. Per eMarketer, 31 percent of 14-17-year-olds and 23 percent of 18-34-year-olds regularly use a VDA.

Putting these two together, we could see slower growth for touch-based interfaces should VDA adoption take off. Looking at the recent wins by Amazon and Google, factoring in that Apple and Comcast (CMCSA) are favoring voice technology in Apple TV and XFINITY TV and growth in the smartphone market is stalling, there is reason to think the GIA forecast could be a tad robust, especially in the outer years.

Turning our investing gaze to companies that could be vulnerable should the GIA forecast prove to be somewhat aggressive, we find Synaptics (SYNA), whose tag line is “advancing the human interface,” and the “human machine interface” company that is Alps. Both of these companies compete in the smartphone, wearables, smart home, access control, automotive and healthcare markets — the very same markets that are ripe for voice technology adoption.

From a strategic and thematic perspective, one could see the logic in Synaptics and Alps looking to shore up their market position and customer base by expanding their technology offering to include voice interface. Given the head start by Apple, Alphabet, Microsoft, and Facebook, while Synaptics and Alps could toil away on “made here” voice technology efforts, the time-to-market constraints would make acquiring a voice technology company far more practical.

Here’s the thing, we’ve already seen Alphabet acquire Limes Audio to improve its voice recognition capabilities. As anyone who has used Apple’s Siri knows, it’s far from perfect in voice recognition and voice to text. In our view, this means larger players could be sniffing around voice technology companies in the hopes of making their VDAs even smarter.

In many respects we’ve seen this before whenever a new disruptive technology takes hold alongside a new market opportunity — it pretty much resembles a game of M&A musical chairs as companies look to improve their competitive position. In our view, this means companies like Nuance Communications (NUAN), VoiceBox, SoundHound, and MindMeld among other voice technology companies could be in high demand.